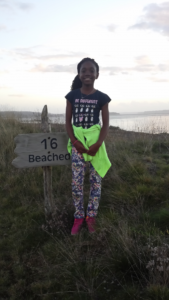 Current city: University Place, WA, which is a suburb five minutes outside of Tacoma

Best time of the year to visit: July through October

1) The most striking physical features of this town is. . .

Mount Tahoma or Mount Rainier (the name depends on your politics). It’s an active volcano that is not visible most days of the year because of cloud cover. Because I don’t see it, I forget that it’s there. Then we get a clear day and the sight of the snow-capped mountain has made me gasp. It’s majestic. It’s ghostly. It reminds me that I am just this puny speck on the earth.

2) Common jobs and industries and the effect on the town’s personality. . .

There are many military families here which means transience and lots of apartments. My kids and I always see soldiers in uniform at Chipotle, like every time we go. And we eat at Chipotle a lot.

3) Local politics and debates frequently seem to center on. . .

Local politics and debates center on progressive issues. People like their legalized weed, local businesses, organic food. They like charter schools—not so much.

4) Historical context in broad strokes and the moments in which you feel this history. . .

I’ve heard that “white flight” happened in Tacoma in the mid-20th century like it did in many other urban areas. People moved to surrounding suburbs, and supposedly there was an unofficial sundown law in Gig Harbor, a suburb of Tacoma that is separated from the city by the Puget Sound and connected to Tacoma by a toll bridge. People of color supposedly knew that they should not be caught in Gig Harbor once it got dark. I’ve felt this history most sharply when I decided to move outside Tacoma limits. Some of my friends weren’t thrilled with that decision. They wanted me to live in Tacoma thereby making a statement that I reject white flight, which, of course, I do. But in the 21st century, cities and suburbs, especially suburbs that border urban cores, have more complicated demographics. There are majority black suburbs like Ferguson, MO, and cities like Detroit are gentrifying. University Place is diverse economically, culturally, and racially while having a smaller public school system than a big city, which I like for my kids.

5) The stereotype of the people who live here and what this stereotype misses. . .

There’s a stereotype that the people who live here lack the cultural sophistication of their competitor city, Seattle. It’s just not true. Growing up in Detroit in the 70s and 80s, I was familiar with this type of dismissal of an entire city and its population. Back then, Detroiters felt competitive with Chicago, which was the glamorous mid-western city that was four hours away by car. Many people didn’t want to be from Detroit when I was growing up. I see that in some Tacomans today. They feel embarrassed by their city. But like Detroiters, Tacomans have a gritty, innovative spirit that comes from within. They can’t rely solely on their location to make them cool in other people’s eyes, and the result is an authentic hipness that’s unattached to commerce.

Renee Simms writes fiction and nonfiction. Her work can be found online at Full Grown People, Salon, and Joyland (forthcoming).