The furnace always was

too hot, having been

converted from one mode of operation

to something else entirely;

its source of power mysterious, improvisatory;

Lara Solórzano’s poetry is a contestation, a reprieve from fear. Her work exhibits a precise aesthetic and a fundamental grounding in urgency. Historical memory characterizes every figure and spirit in the verses that name societal constraints faced by women. Along with that naming of violences—and ultimately more important than it—the poems ring with an unequivocal rejection of them. It honors me to offer these translations from the collection El bestiario de las falenas.
—Ignacio Carvajal

Poem appears in both Spanish and English.

“Moss on a Smooth Rock” is from Un mar en madrugada (A Sea at Dawn), by the Uruguayan poet Silvia Guerra, published in 2018 by Hilos Editora, Buenos Aires, Argentina. The English version of this book is forthcoming from Eulalia Books in 2022.

Guerra’s work is notorious for its complexity, its concreteness of image and abstraction of thought, and its convention-defying syntax, capitalization and punctuation. With a long-standing interest in linguistics and psychology as well as a deep affinity for the natural world, Guerra’s poems go beyond the self in an effort to imagine the world from the standpoint of other beings, living and nonliving. For centuries, humans have assumed a monopoly on consciousness, even arrogantly denying the subjective experience of other mammals. But scientists are at last confirming what any dog or cat owner has always known: animals are not unfeeling automata any more than we are. But while only some creatures are proven to be sentient, can we be so certain that others are not? “How can we be so sure that plants feel no pain?” asks Polish poet Wisława Szymborska. What about rocks? Guerra dares to imagine they are.

“[T]he existence, or non-existence, of a road is a non-copyrightable fact.” —Alexandria Drafting Co. v. Amsterdam (1997)

Twitch of the cartographer’s hand and a street
is born, macadam free, a tree-lined absence,
paved with nothing but a name. No sidewalks,
no chalk, no children’s voices,
a fence unlinked from its chains,
the cars unmoored, corn left to its rubble,
some wandering mailman, a house unbuilt,
the bricks unlayed, the mortar unmixed;
of the things that hold more things together
the cementitious crumbles on this street,
the lime breaks from the shale, the shells
from their marl and clay. On trap streets
the rules of gravity bend, curve to the mountain
or fight it, dog leg the impossible angle,
ribbon the gulley, shimmer from heat,
unspool. Cliff walk, some miracle mile
meant only for goats, a meander of cloven hooves,
a stitching of strip mines, red earth or white,
ground that, once spotted, we call disturbed. 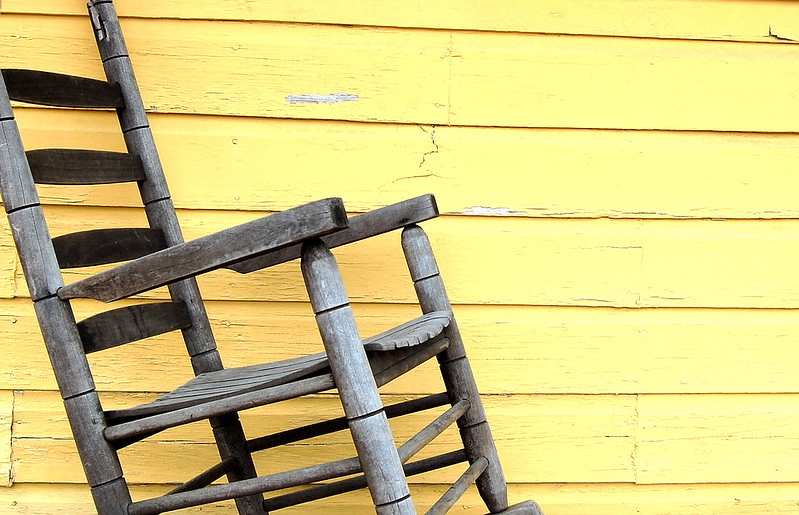 I fell in love and became        like those men in Plato’s Republic
who heard music for the first time        and began singing,
and sang beyond reason,         beyond dinner, beyond sleep,
and even died without noticing it,      without wavering.