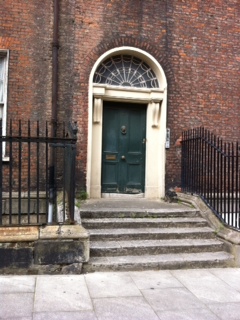 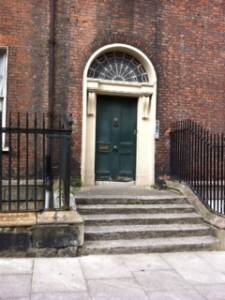 How long have you lived here: Most of my life

Dublin is a pretty compact city, perfect for walking around in. Probably the first thing overseas visitors notice is that its skyline is very low. The odd high-rise building stands out, for example Liberty Hall, which seems to be the Marmite of buildings; you either love it or hate it. Dublin still has many of its beautiful old Georgian houses in squares on both sides of the city.

Fast-talking quick-witted oul lads sitting at the bar with pints of Guinness coming out with one-liners and long-winded tales. The stereotype is often true—the craic is mighty—but the same jokes tend to wear thin when you’re a regular.

Last year saw the centenary of the 1916 Rising, in which a small band of rebels rose up against the occupying British forces. The Rising began the process which resulted in the formation of the Irish republic. It took place in the streets of Dublin’s city centre and it’s hard to forget, when bullet marks still pock the General Post Office (GPO), headquarters of the rebels.

Dublin is very much a port city and even though many of the former dockworkers lost their jobs with the arrival of industrialisation, I think it still has a port feel. There are still a few early houses near the docks—pubs that open early for workers coming off nightshifts.

Anything and everything, local and international. People you meet on the bus will start chatting about everything from Brexit to Trump (maybe the international debates have more of a parochial angle—how will Brexit affect the Irish economy, how will Trump affect undocumented Irish workers in the United States) to the proposed introduction of water charges, or unemployment, or politicians who are out of touch and don’t care about the ordinary person. Probably the same topics debated all over the world . . .

Caitriona Lally’s debut novel, Eggshells, published by Melville House, was an IndieNext pick and a Library Reads choice for March 2017.