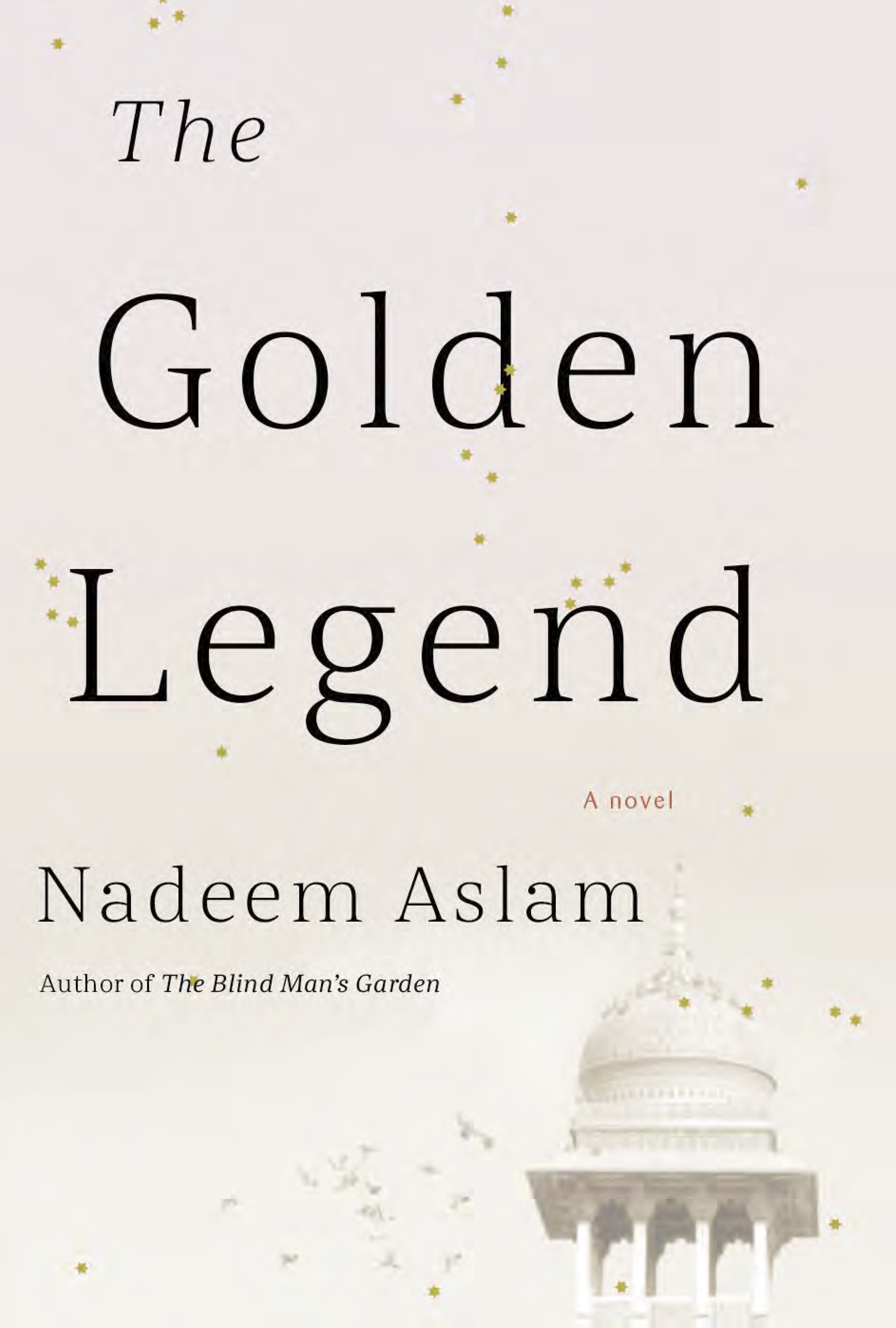 Like many fine South Asian writers including Arundhati Roy (God of Small Things, The Ministry of Happiness) Daniyal Mueenuddin (In Other Rooms, Other Wonders), Mohsin Hahmid (Exit West) and Amitav Gosh (In an Antique Land), Aslam explores the disjuncture between Western and Muslim societies as well as the communal hatreds on the subcontinent that have provoked genocidal atrocities on the scale of the Nazi Holocaust or American slavery. There is rich dramatic material in these situations: illicit passions defying societal strictures and the pursuit of enlightenment and personal freedom at immense cost and danger.

In his earlier novels, especially The Wasted Vigil (2008), Aslam made a good case that freedom was incompatible with the medieval mores of fervent Islam, and anyone who could should escape in any way they can. In The Blind Man’s Garden (2004), he seemed to conclude that escape, even by emigration, was impossible. In that book, an unmarried couple who live together openly in a Pakistani community in England are murdered, victims of the community’s morality enforcers. The belief they had left the old world behind proved an illusion.

The world of Aslam’s novels shimmers with beauty ruined by cultural isolation and aggrieved sense of that life is supposed to be a constant ordeal. Fundamentalism is a recurring theme.

The Golden Legend is set in Pakistan, where a sophisticated, worldly couple, Nargis and Massud, both architects, live a westernized life in a community riven by religious and cultural schisms, where Christians are a persecuted minority. It begins on what should be a triumphant day for Nargis and Massud. Their masterpiece—a library to house masterworks of Pakistani and Muslim literature, including sacred texts—is to be stocked in an unusual way. Instead of trucks and movers, who might accidentally defile the books, city school children will form a human chain and pass them through the streets from the old library to the new. Watching, Nargis marvels that they are moving as quickly “as objects rushing along on the rapids of a great river.”

Two extraordinary things set events in motion: A book that Massud’s father wrote the year he was born (the only other known copy is in the rare books division of the New York Public Library) is passed along the chain into his hands. The long-lost book is “a meditation on how pilgrimage, wars, trade, and curiosity led to contact between cultures. Tracing the umbilical connections between places.” It is a deeply humanistic manifesto which proposes that all societies are inextricably linked and condemns intolerance and prejudice. The book had been a touchstone for Massud and Nargis before its disappearance more than a decade before. Massud steps away to leaf through the book and motions to Nargis to fill his space in the chain.

At that moment, gunfire bursts out. Two young men on motorcycles chase a speeding car. Shots ring out from the motorcycles and the car. The children flee in terror, books spill to the ground. In the mayhem, Massud is shot and dies in Nargis’s arms. Both young men are killed by the man driving the car. The driver is taken into custody, but demonstrations erupt. The Pakistani media insist the driver is a CIA agent who was carrying photographs of a secret Pakistani military base. The government claims the American is a diplomat, the target of an assassination attempt by jihadists.

Nargis and Massoud lived in a cultural bubble of their own making. Their intellectual interests encompassed both worlds. They filled their architectural studio in a renovated paper factory with treasures from all around the world:

…shelves of books, a metal helmet for a stallion from the times of the crusades, and there were the vertebrae of a whale from a bay in Antarctica. In one alcove was the earliest known photograph of a snowflake.”

Massud was from a wealthy, aristocratic family. Nargis, an orphan, is the daughter of educated and persecuted Christians who slipped free of her identity when she left home for college. She lost her past almost by accident, assuming a Muslim identity at a sports event after being mistaken for a girl who didn’t appear at registration. The experience liberated her from constant persecution towards Christians among the polarized Muslim orthodoxy on the rise in Pakistan. When she met Massud in university she could not bring herself to tell him who she really was. She conceals this lie throughout their long marriage.

After Massud’s death, Nargis enters the fugue state of sudden tragedy. She takes refuge in her beautiful house and tries to avoid the turmoil and political unrest that follow the shooting. There is no possibility of learning the truth about her husband’s killer, let alone seeing justice served, in this swirl of rumors and demonstrations.

A colonel comes to Nargis with the demand that she “forgive” the American. It is his goal, and that of the generals who run Pakistan, to have the American released under Sharia law, which can be accomplished if the victims of a crime ritually forgive him. Nargis refuses. The colonel douses her with kerosene and threatens to set her on fire. He gives her one week to change her mind, after which he will return to escort her to an appearance in court where she will deliver her pardon. Nargis is well aware how easily people disappear in Pakistan. Massoud’s brother, a young dissident, was tortured and murdered when they were in college. She is as powerless as the poor before the military junta.

Helen, whom Nargis and Massud raised as their surrogate daughter, moves in to comfort her. A writer for a progressive newspaper, she narrowly escapes death when a jihadist attacks the staff for blaspheming the prophet Mohammed, and becomes a target herself of a fundamentalist group.

The night after the colonel’s visit, Nargis wakes up to find her studio and its treasures destroyed, her father-in-law’s book torn to shreds. She and Helen, disguised in hijabs, flee to an island in the remote countryside that Massud’s family owns. Nargis and Massud had long ago built a monument there to an integrated religious community, with a mosque and a Hindu temple, a social experiment that failed.

Along the way, they meet a young deserter from a militant group in Kashmir seeking refuge in Pakistan The Indian government had killed his family and viciously terrorized the Muslim community of Kashmir, and now he is pursued by the militants he joined to avenge his family. Injustice has many rooms in Aslam’s literary mansion.

Imram becomes Nargis and Helen’s protector, venturing into town for food, to charge cell phones, and to monitor the turmoil. They ride out the political upheavals roiling Pakistan there, a poignant, startlingly lovely, and improbable idyll. Love blooms in the lush gardens planted long ago for an unrealizable ideal. Nargis pieces her father-in-law’s book together in the house she designed when she and Massoud thought they could change their world. From here, Nargis plans their escape, hoping to send Helen and Imran into exile by bargaining with the Colonel.

Nargis and Massud’s inability to extend their credo of fusing the intellectual freedom of the West and their culture leaves her with a deep sense of futility but also humility. That they tried is as important as success, Nadeem Aslam seems to say.

In The Blind Man’s Garden, a father, trying to calm a child frightened by a fairy tale, asks: Have you ever heard a story where the evil one wins? “‘No,’ the child said, ‘but before they lose, they harm the good people. That is what I am afraid of.’” That is what we are afraid of, too, for Nargis, Helen, Imran, and the people who have helped them along the way. One prays for their survival in Aslam’s stark universe.

Francesca de Onis-Tomlinson is an Emmy and Cine Golden Eagle award-winning television producer and a writer. She is currently working toward an MFA in Creative Writing from Bennington College.

ABEER KSHIBOON
Abeer Kshiboon’s short story, “The Stranger” is featured in Issue 23’s portfolio of stories from Palestine. Here, Abeer and translator Nashwa Gowanlock discuss the story’s inspiration and the context in which its events unfold.