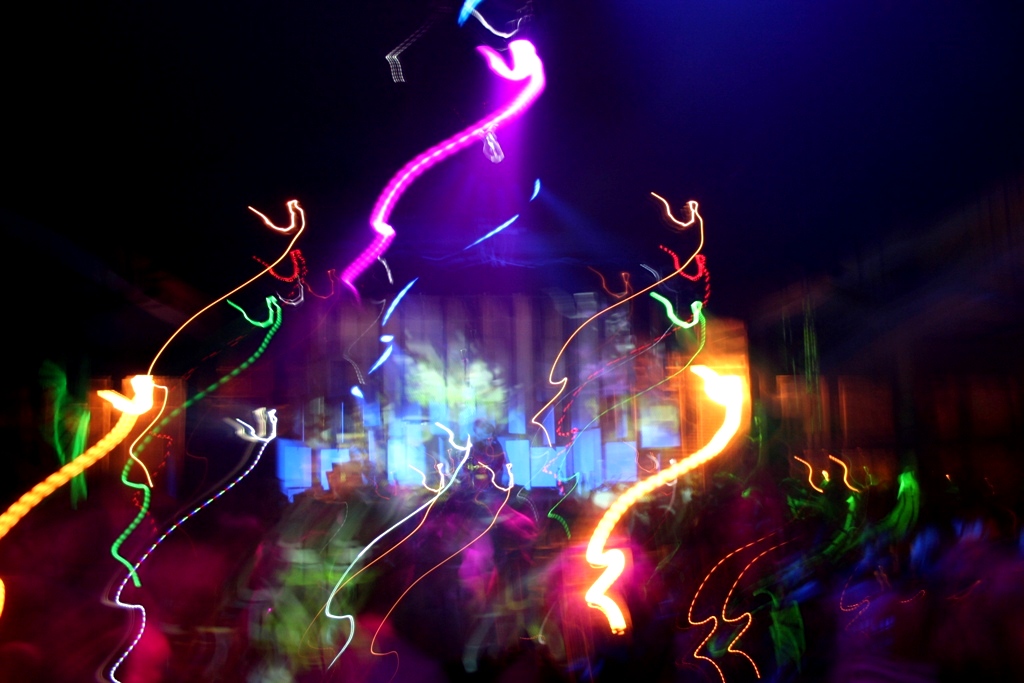 The other day I was visited by a memory from the early days of my marriage, when my wife and I still lived in the old house on the south side of San Antonio. This was when we were both in our early twenties and nearly broke all the time, always on the verge of eviction from the house we rented for $520 a month. Still, we had a lot of friends back then—more friends than we have now—and these friends were always coming over with bottles of wine and half-finished paintings they wanted to show us, poems they wanted to read us, songs they wanted to play for us. There were a lot of parties back then—parties almost every night—and Madeline and I, still in the early years of our marriage, still childless, were somehow always hosting these parties in our house, though I can’t remember ever sending out formal invitations or even ever shopping in advance for them. They were more like spontaneous affairs, and all we really provided, aside from good will, and a kind of open door policy when it came to strangers, was the house itself.

Anyway, on this particular night, the night I remembered, the Spurs had just won a playoff game, and everyone was in a celebratory mood, drinking heavily. It was early summer, and very hot, and I remember people sitting out in the backyard, smoking cigarettes and drinking cold Tecates out of cans, somebody playing guitar, a few other people on bongos. I had taken a couple hits off a very strong joint and had had to lie down in our bedroom. A half hour later, a group of people arrived from one of the bars down the street and I heard some shouting. I remember lying there on our bed in the quiet room and listening to the party outside, the sound of more people arriving, the music getting louder. Another hour passed after that, maybe longer. Then at one point everything died down and I heard the sound of police sirens down the street, then the crackling buzz of someone talking on a walkie-talkie somewhere just outside our bedroom window in the backyard.

I don’t know what happened after that. I must have drifted off again because the next thing I remember is Madeline shaking me awake in the dark room. She was sitting on the bed and she was crying. It took me about a minute to catch my bearings and piece together what Madeline was telling me—that there had been a shooting down the street at one of the outdoor bars and that two people who had been at our party earlier had died. I asked Madeline to tell me the names of the two people, but she couldn’t remember, only that they were a man and a woman, and they were both close friends of two of our close friends, Tammy and Ray. They were our age, she said, and this fact alone, beyond just the randomness of the event itself, the fact that they had simply been in the wrong place at the wrong time, seemed to bother her most.

I can’t remember too much else from that night, only that the party cleared out quickly and that a few of us stayed up late watching the news and following the story of the shooting on the internet.

The next day, Madeline and I drove to Austin to see her parents, and when we returned a few days later, no one was talking very much about what had happened the week before. The parties resumed, the Spurs went deeper into the playoffs, and before long we were hosting parties again, opening our doors to anyone who wanted to come over. I looked a few times on the internet to see if they had ever found the shooter, but apparently they never did.

That was over fifteen years ago now, and these days we live in a very different part of San Antonio and host very different types of parties, when we host parties at all, which is rare.

We were so reckless, Madeline said to me the other day when I told her about my memory. Who knows how many random people might have passed through our house in those days. How many of them might have been armed.

She was sitting with our youngest son on the couch, looking out at our lit backyard, which was identical to every other backyard in our development. Our oldest was in his room playing video games, and aside from that—aside from the sound of his game—there was no other sound in the house.

I thought of those endless parties we used to throw back in our youth, how it really was another life. I thought about how whimsical we’d been back then, how careless. And how we’d thought that night, the night of the shooting, it could have been us, it could have been us, or later, what was said so often of the random people who passed through our lives: What were their names? What were their names?

Andrew Porter is the author of the short story collection The Theory of Light and Matter (Vintage/Penguin Random House) and the novel In Between Days (Alfred A. Knopf). His short stories have appeared or are forthcoming in The Pushcart Prize anthology, Ploughshares, One Story, The Southern Review, The Threepenny Review, and on NPR’s Selected Shorts, among others. www.andrewporterwriter.com