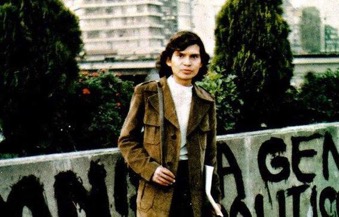 Translated from the Spanish by COLE HEINOWITZ

A, E, I, O, U. The rhythmic concatenation of these five vowels is the tachycardic pulse of Mario’s poetry, and it cannot be imitated in English. Feeling for correlative patterns in the jangle of our consonant-frontal idiom is something like transcribing the pitch values of a Max Roach drum solo for honkeytonk piano. I do what I can with alliteration but even the relatively long decay of the M or the out-hissing S does not match the multi-textured overtones of a hard O spilling through the rails of its word-cage when struck, trailing a foam of soft E’s across the rubble.