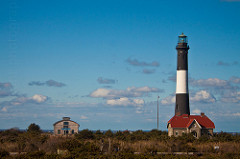 I was twelve when my family shared a big gray house on Fire Island with the McKennas. The house was at the end of a series of narrow boardwalks, just over a small dune from the ocean, which was easily visible from our veranda. I believe the house also had a sundeck off of one of the upstairs bedrooms, because I have a vague memory of someone—my mother, I think—telling me not to disturb Mrs. McKenna, who liked to sunbathe “in the nude.” I had never heard that expression before and, at first, could not believe I had understood it correctly. Only the weird blend of excitement and disapproval in the voice of whoever was speaking convinced me that my interpretation was exactly right. I have no memory of the sundeck itself, however, nor of ever seeing Mrs. McKenna in anything more revealing than a one-piece bathing suit.