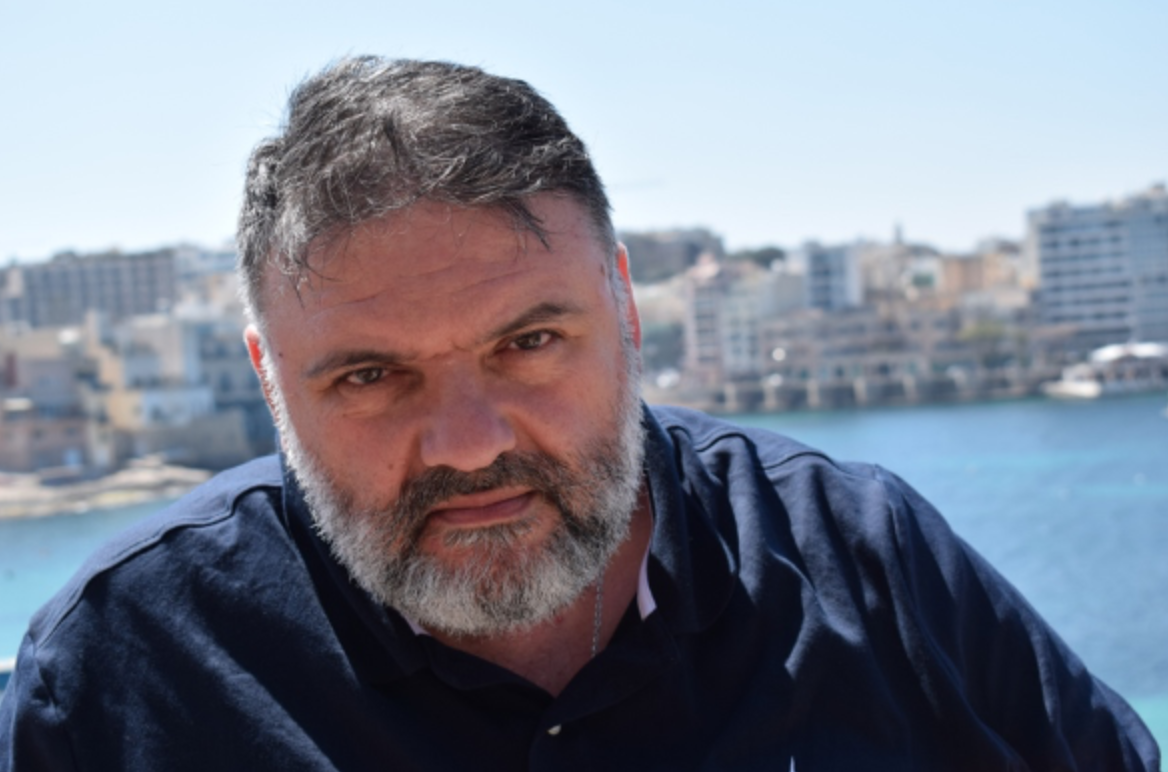 Translated from the Maltese by RUTH WARD and IMMANUEL MIFSUD

Poem appears in both Maltese and English below.

Malta is a country caught in the crosscurrents: between North Africa and continental Europe; between insularity and a constructive role on the world stage; between prehistoric ruins and the blockchain. Mifsud is the voice of Malta, reflecting the archipelago in its richness, complexity, and contradictions. His is the voice through which the margins question the center; myths of progress are challenged; and the ancient interrogates the present, as in “Ġgantija II.”

The Ġgantija (“Giantess”) temples of Gozo were built during the Neolithic and are thought to be more than 5,500 years old, older than the pyramids of Egypt. They were erected by a people who worshipped a mother figure, a goddess. Awareness of intergenerationality and the unbroken cycles of life takes on a peculiar intensity when all that you have ever been surrounds all that you are in the present — and all you might aspire to become. It is comforting; it is confining. “Ġgantija II” was commissioned for an interdisciplinary event and an excerpt from it, in the Maltese, has been incorporated into a public sculpture on the island of Gozo.