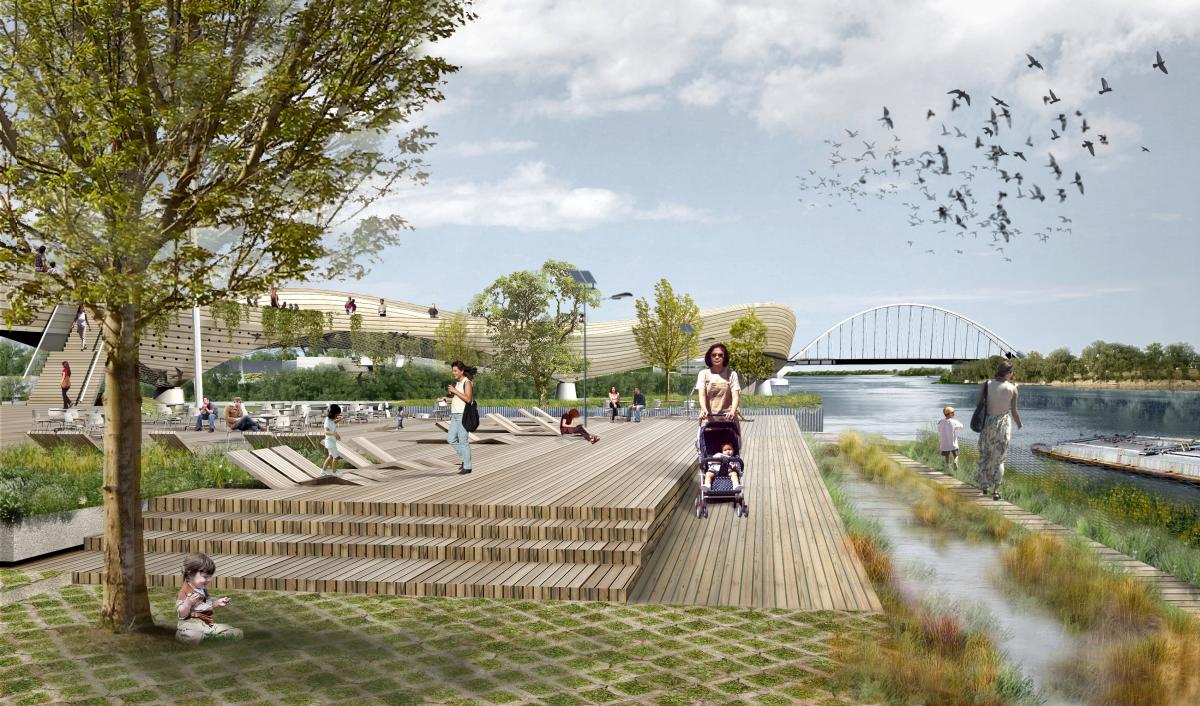 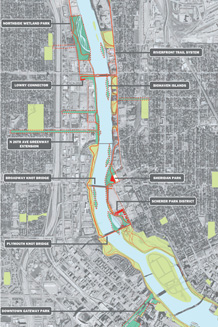 The Mississippi River meets only one waterfall on its wayward transcontinental course. It comes early, in the northern Midwest, at a site the Sioux knew as a place that was part real world, part spirit world. Seventeenth-century adventurers rumored about a “pigmy Niagra” called St. Anthony Falls. Pioneers from the young United States reached these waters early in the nineteenth century; they established simple mills for grist and lumber just as soon as property rights could be legally defined.The mills grew and industrialized over decades, triggering the rise of Minneapolis. A feature of nature became a technology servicing the city. The names Gold Medal Flour and Pillsbury still loom in enormous metal type on opposite sides of the historic railway bridge leading into Minneapolis that was new when F. Scott Fitzgerald was a boy. The historic mills themselves have gone, though, and today Stone Arch Bridge belongs to pedestrians, cyclists, and the students of the University of Minnesota. Looking north from the bridge they see an amphitheater of a spillway, tall gray waters pouring between a research lab and hydroelectric plant on the east side; a lock-dam barge elevator run by the Army Corps of Engineers on the west.