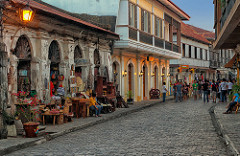 Once!
This earth: a ball, a play-thing. The surface, in this Age—Exploration teetering into Reason—a driving spit of black ink dividing solid and liquid. This America, claimed by Spain, raided by England, inhabited by natives. This beast of Panama, neck stretched, holding to the southern continent by its teeth. These trees, a fleshy mass heaving with monkeys, weighed down with garish, jewel-soaked birds. A red flag tied with ribbons raised high and in its wake, a host of thieves, men all marching and marching still, marching to sack Porto Bello: burglary on a large scale. And in this host, our hero, William Dampier, who steps to one side of the column of men and sits on a rock. He squints up at the sun and Lionel Wafer—his friend and fellow scholar buccaneer—thinks he might be winking. At whom?  At God maybe? And why not?