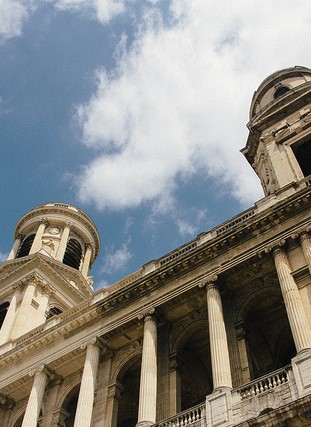 I found a book by Georges Perec called Tentatived’épuisement d’un lieu Parisien, or An Attempt to Exhaust a Place in Paris. I like Perec very much. He loved word games and wrote crossword puzzles, and very often invented challenges for himself in his writing. In 1969 he wrote a book—La Disparition—in which the letter “e” does not appear. It was translated into English, also with no “e’s” but since the literal translation—The Disappearance—has three “e’s”, the English title is A Void. In 1972 Perec wrote Les Revenents, in which “e” is the only vowel in the book. Perec died of cancer in 1982 when he was only forty-six.