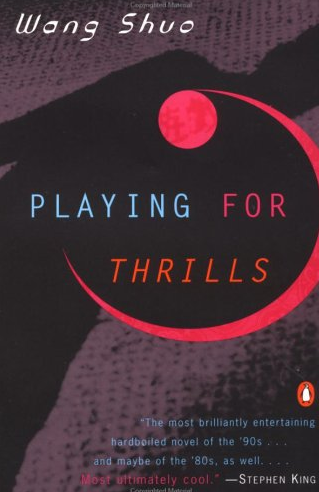 “Even after the train had pulled up alongside the long platform and come to a complete stop, I couldn’t be sure if this was the city I’d wanted to travel to, even though it looked like it.”—Wang Shuo, Playing for Thrills

I discovered Wang Shuo in a fitting location: an unpaved alleyway outside Beijing University’s east gate, barely wide enough for two bicycles to pass, the shadows steeply angled in late afternoon. The year was 2000. I was a regular at the hutongcafé, Sculpting in Time (long since bulldozed), spending afternoons sipping Chinese-style iced cappuccinos (overly iced and foamed) and reviewing Chinese texts on U.S.-China relations. A few storefronts down, a Tibetan man studying at Minzu (Minority) University ran an independent film store. One day, I wandered his shop’s cardboard boxes of pirated VCDs (the predecessor to DVDs), looking for something interesting.