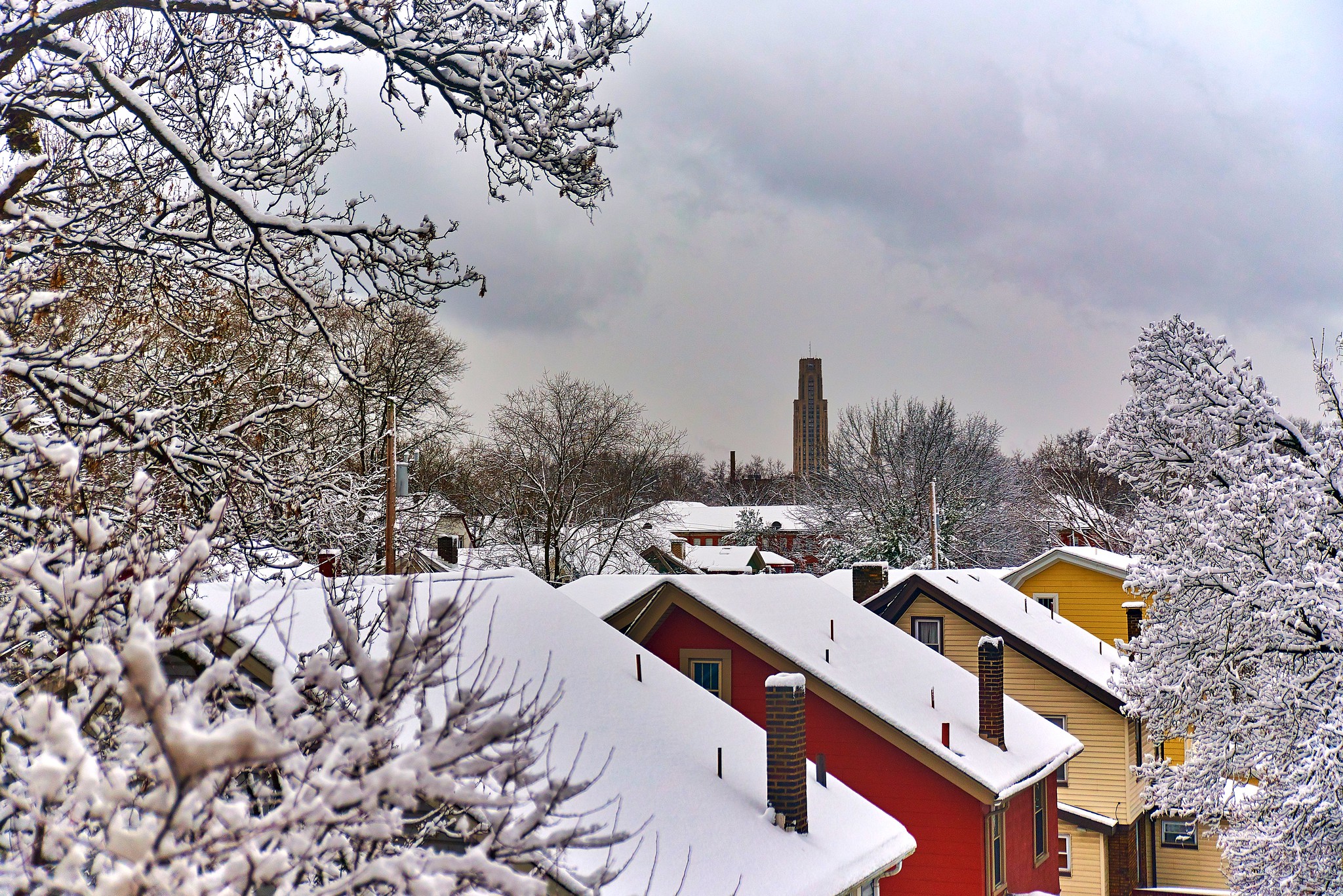 Ah, last day of the semester. The professor goes on a long walk into the winter woods near the Highland Park Reservoir, her pale face chapped with cold. She’s had one glass of wine.

OK two and a half. It’s perfect out here! The sky looks pink, sweet and pillowy as seen through bare black branches, and she’s touching as many trees as possible. This is a ritual that had been given to a character in one of the student stories she’d read this term. The story had moved the professor to tears, partly because the kid who wrote it was such a sincere person, so full of effort. He was Italian-Latvian, from South Philadelphia, used a flip-phone, suffered from schizophrenia and bipolar disorder, watched ancient re-runs of The Waltons on his laptop, and was the most brilliant of students—like nobody she’d ever taught before. A double major in writing and physics.

These Winters in Pittsburgh are Making Us Strong11.11.2021
Read more...
Get Our Newsletter