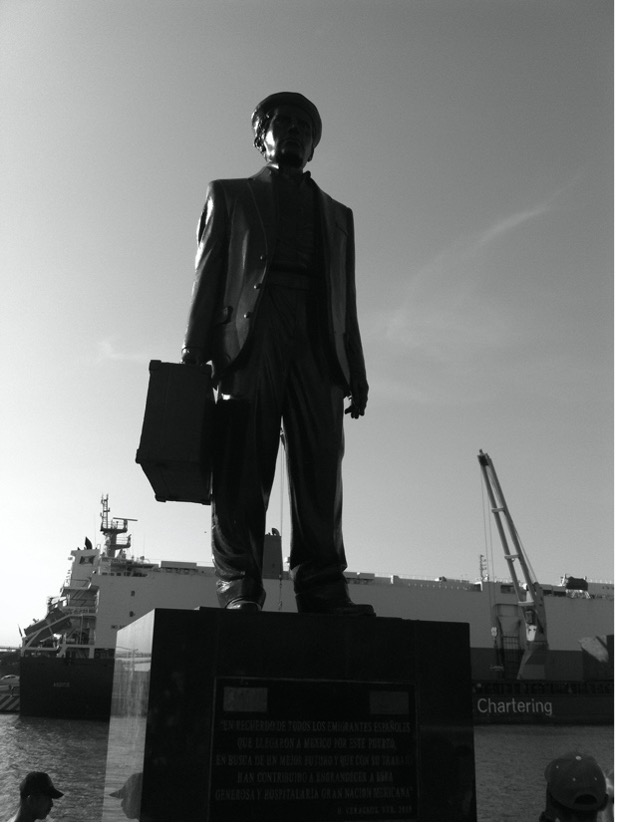 Leaving behind the clamor of Mexico City, I catch a bus and cross the wide altiplano. Behind the tinted windows are strewn the blackened remains of trees and cactus, upon which perch large, dark birds. Half asleep on the silent bus, which plows like an ocean liner across the prairie, I think about the birds outside, peering into passing vehicles from their watch-posts. I fall asleep and dream that the birds standing aloft the cacti are truly enormous, and that they have a name that no one can pronounce. Even the local people are confused because they cannot utter, or even remember, the names of these birds, which means, in their language, “those whose croak inspires terror.” It is not known, the people in my dream tell me, whence the name originated, nor have any of the birds been heard to croak; they all remain implacably silent. If one of the birds were to call out, it would signal the end of the current universe, the death of the sun, and the whole terrible process of regeneration would begin once more, following the previous cycles of destruction by (i) tigers, (ii) the winds, (iii) rains of fire, and (iv) water. The inhabitants of the plain, when they die, are roasted in a clay pit and eaten by their relatives and friends. Their livers and other inner organs are eaten by their closest kin. Their feet are cut off and left out for the birds whose name no one can remember, as it is believed that this will prevent them from making their dreadful sounds. Mictlantecuhtli, Lord of the Dead is in there somewhere, hovering in the debris of my dream.