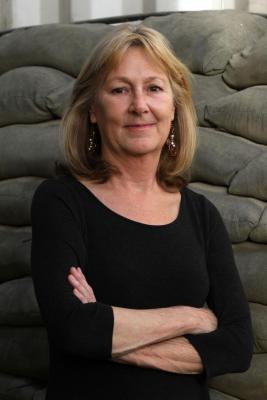 Last month Masha Hamilton published her fifth novel, What Changes Everything, while working around the clock as the Director of Communications and Public Diplomacy at the U.S. Embassy in Kabul, Afghanistan. Against a background of suicide bomb attacks and early Fourth of July celebrations in Kabul, Masha talked to Melody Nixon long-distance about Afghanistan, storytelling as a human right, and the delicate act of writing in a war zone.

Melody Nixon (MN): Can you describe to me what is outside your window right now?

Masha Hamilton (MH): It’s nighttime here, it’s dark. Outside my window there’s a big tent where we’ll be gathered tomorrow with our Afghan colleagues, and partners, to mark an early Independence Day. Now it’s fairly quiet, but sometimes I do hear helicopters flying low overhead. There’s not a lot of green on the compound, but right outside my window there is a bit of lawn, which I’m very grateful for. In the distance you can see the beginnings of the Hindu Kush mountain range, beyond Kabul. 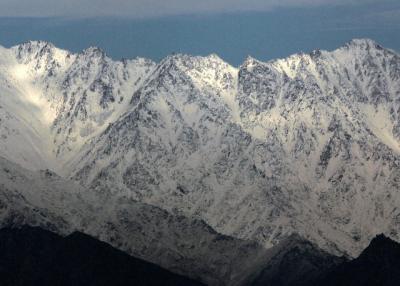 MN: I’m staying in the New Hampshire mountains; out my window is a small and pretty lake. Normally I live in New York City, and being here has made me realize what a huge impact the city has had on me, on my psyche, on the role that writing plays in my life. In New York writing feels like an escape; here it is an extension of daily life. Can you tell me about your experiences writing in different places?

MH: Definitely my writing is impacted by place. I have written in war zones, but also on subways, in bodegas, at my bedside. I like the focus and concentration of writing in an office, but I wouldn’t want to write an entire novel there. I like writing in a variety of places and catching the intangibles, the mood, and atmospherics that you can’t, exactly, explain in words but that impact your word choices.

MN: How do the nuances of Afghanistan find their way into your work?

MH: Here I think it’s the mixture of prayer and violence that combines to give [shape to] the characters and their actions.

MN: As someone who’s never been to Afghanistan, that interplay of prayer and violence is hard for me to imagine. To what extent are these two qualities part of daily life?

MH: How do I put this into words after a day that’s had both prayer and violence in it? You’re very close to the surface here. Life is right here, in Afghanistan. There’s not a lot of space between you and life. So the characters in my novel are compelled by both things, as most Afghans are. Prayer, of course, is five times a day here. And the call to prayer — which we hear in the embassy compound where I am now, as well as anywhere I’ve been in Afghanistan — really blends through the day and marks the day. It brings you closer to your understanding and interpretation of your own life, in the same way that violence does. It cuts away the extraneous. Prayer and violence both serve that purpose. 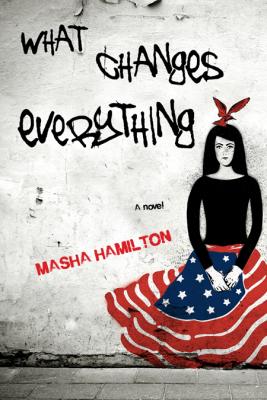 MN: Is this the inspiration for What Changes Everything?

MH: It’s the reason why writing about Afghanistan and the Afghans, interspersed with Americans and their struggle to understand this conflict and all the loss it’s entailed, was so interesting to me.

MN: You have characters in the book that are American, and some that are Afghan, such as Najibullah and Amin. For me the question of how to render the lives of people from different cultures than my own is a complicated one. Do you think there are constraints, or ethical boundaries, with this kind of writing?

MH: I do think that writing about the “other” — this could be a man, or a woman who’s older than me, or anything at all that I haven’t experienced — carries with it a certain responsibility, and requires a generosity of spirit, and a willingness to understand what [others] are going through. We tend to leap on [authors] who are writing about someone from another culture, but almost anyone I write about is the “other.”

MN: And you’ve had a lot of experience with diverse cultures, through your wide-ranging journalism career.

MH: In my early twenties I went and lived for ten years overseas as a journalist, including in war zones, and I’ve been back and forth [between Afghanistan and America]. I didn’t just pop into Kabul for a week and try to write about it, if you know what I mean. Or even just read about Kabul in books and try to imagine it. That’s what I mean about the responsibility.

MN: The thread of Brooklynite Clarissa and her husband Todd — who is abducted in the book — brought to mind Michael Winterbottom’s film A Mighty Heart, based on the story of abducted and murdered journalist Danny Pearl. Have you seen the film?

MH: No, but the Danny Pearl situation was difficult for all of us, and remains a real sorrow. Danny Pearl did what I think all journalists have to do — they have to end up trusting people that they don’t know very well in order to get the story.

MN: Did you draw on the story of his abduction at all?

MH: Not directly, except in this way: Every time that I lose colleagues or friends I become more convinced that we have to find a way for the sides to talk peace. The more of a pacifist I become. I do feel these issues very closely and personally.

MN: Is it strange for you that most people in America don’t talk about Afghanistan anymore? We don’t know, or want to know, what’s happening there.

MH: That’s why it was interesting for me to explore the division between those people in Brooklyn — and believe me, in Brooklyn I try to forget, too — who are able to forget that we are at war, and those people in the United States who cannot forget it. That’s what I wanted to explore without judgment, just with interest. Clarissa is someone who never wanted to think about Afghanistan, and never did, and now is forced to.

MN: In addition to your work at the U.S. Embassy in Kabul, you founded the Afghan Women’s Writing Project in Afghanistan. This project brings together Afghan women writers and international, especially American, mentors. Was this a move to bridge the division, to get the two sides talking?

MH: The real thought behind the Project arose from a video clip that was taken in 1999 in the Ghazi Stadium in Kabul. The clip showed an Afghan woman in a burqa being executed for allegedly killing her husband. She had many children and, interestingly, her husband’s family forgave her. But we never knew her full story.

At that point I was working on my second novel, The Distance Between Us, which was really about the distance that journalists put between themselves and their subjects, and it had caused me to want to close that distance. I felt that it was wrong that we never knew [the woman’s] story. We never knew her reality; she never had an avenue to express it. This was the seed that lead to the creation of the Afghan Women’s Writing Project. 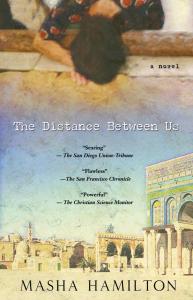 MN: The tagline of the Project is: “to tell one’s story is a human right.” Is that really the case?

MH: We women in the West are very lucky. We get to talk to each other, we tell each other our stories, honestly, and we give each other feedback. Even just in the process of telling our stories we understand them better, and we discover our own solutions that are authentic and true to ourselves. Afghan women did not have that possibility. The society was so brutal that they trusted nothing, not even each other.  The impetus for starting the Project was the idea that telling your story is a human right. That you should be allowed to do it, and through that process, you find solutions that nobody imposes from the outside.

MN: You have written five novels. Have you thought about telling your own story?

MH: No. Part of what keeps me interested in fiction is to write to find out the end myself. And to ask the burning questions and explore them through characters I can push to the end. I’m not really interested in recounting something that I already know. That’s not enough for me to leave my friends and family and shut myself in a room.

MN: How do you see your craft developing from here?

MH: Four of my five novels have war either centrally or at the edges of them. As a young journalist I covered conflict and was interested in the way war pushes people to the edge.  But I’m moving [to new themes now]: I’m thinking of the “continuing on” question. The next question in my own personal exploration.  One thing that’s interested me all along is family, and the challenges of real intimacy — with your partner, with your children, with your parents. The beauty of that, and the challenges. That’s been another reoccurring theme in all the novels — intimacy, and accidental betrayal: betrayal of those we love, not on purpose.

MN: This brings to mind the British correspondent Robert Fisk, and how he has spoken about the difficulties of transitioning out of war journalism. Questions of intimacy arise. Going back to normal life doesn’t seem like an option anymore.

MH: For my next novel, when I’m out of Kabul, I want to explore the adrenaline rush or extreme experiences in other ways that aren’t [related to] war. Once I leave here I need no war for a little while. I actually really look forward to rejoining the writing community.

MN: You’re an accomplished author, and you’ve experienced so much of the world. What would you say to writers who still have their careers ahead of them?

MH: The same thing you hear all the time, which is, to write — that’s absolutely true. I would add to that, to write authentically. There’s a great quote from Martha Graham that I think deals with the lack of confidence that I believe all writers feel from time to time. For me these lines are extremely meaningful, and they’re helpful in those inevitable moments of self-doubt that we all have. [The quote ends]: “Keep the channel open. No artist is pleased. There is no satisfaction whatever at any time. There is only a queer, divine dissatisfaction, a blessed unrest that keeps us marching and makes us more alive.” You have to allow your voice to be your voice, and to enter the world.

Masha Hamilton’s latest novel, What Changes Everything, was released by Unbridled Books in June.