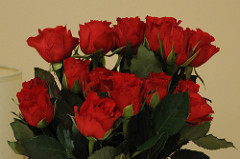 It’s the quality you know me by—not just you, but my neighbors and the people on my street.

Come closer. Don’t move away, and don’t cover your ears, because talking comes instinctively to me, and I get no relief from my exasperation or sadness unless I talk to you. Come closer—don’t sit so far away. The day I told you I was going to leave you, you laughed, and I saw in your eyes a confidence I can never erase from my memory: you were confident I’d never do it, because I’m weak before you. But I’ll conquer that weakness and attempt to forget the memories I have with you.
Like a sleepwalker, I left your house.

All I remember is that I hurriedly collected my stuff and ran. And now here I am today, boarding my flight without your knowledge, with a picture of my daughter in my bag—a picture of her and me together—next to my passport. I won’t bother asking you to pay back the money I lent you or to give me the birthday present you forgot because you’ve been too busy with other things lately to think about me. I won’t ask you for anything at all.

Are you asking me to keep silent?

To not talk? Both concepts, in your mind, hold the same meaning. But when have you ever been interested in meanings or words or concepts? Life, to you, is a deal where you always want to come out on top.

I can’t take this feeling of disgust at your constant betrayal anymore, can’t stand the smell which bores into my body and burns my flesh and shatters my bones every time the idiotic fate of the marital bed brings us together.

Didn’t you love my moans? I used to moan so as to shield you from your sexual weakness. I tolerated your huge body on my chest and my stomach, my mind elsewhere, thinking back to another point in time…. There with the little chairs and the blackboard, the blue and white pinafore and the anemone-red rucksack, and his smiling face as he waved at me when the school bus passed his tiny bicycle. He’d always wave, and cycle alongside the bus with his books on his back.

There’s a lump in my throat that’s stopping me talking, a lump the size of the question that’s so often kept me awake at night: What made me want to live with you, made us want to live together, and have a child?

You knew I was addicted to the scent of men, to their bodies. You knew how I went wild for those tough, manly movie stars—I’d practically melt in front of the TV. What a difference there was between my fantasy and reality. That’s all over now.

Read them well, because after this I won’t be able to talk, or even pronounce a single letter. Don’t bother looking for me: I’m going to change my life, I’m going to wear short skirts and get a new, fashionable haircut, like a model. I knew you had a thing for models’ bodies from that video I found one evening in your wardrobe under a pile of your boxers, and I knew that, after leaving me to go to bed alone, you used to go into your study to watch films where body and fantasy were laid bare, claiming you were catching up on work or taking a look at the news. I, meanwhile, would lie in bed, painfully sensing in my body what life had deprived me of, to the point I was nearly convinced that my flat chest and dull features repulsed you. At least that relieved you of having to face up to your impotence.

I’m not so cheap as to tell anyone that you’re an opposition activist. Secretly, perhaps you want me to, or fantasize that I will, because I know you love to see yourself as a hero. Look at you, reveling in your power, and in the feigned honor of political dissidence. It might not be long until they find you out and pull you down, until you’re torn from your life of deceitful luxury and tossed behind bars. Do I want that?

Silence enfolds me as the plane prepares to land, and I survey the other passengers stiffly, feeling the cold spreading through my extremities.

I’m somewhere new, and it’s my first evening spent without your shadow, in a strange place. Am I scared? Will I be able to learn a new language? Will my body get stronger, or will it be betrayed by memories too full of loathing?

I wish I hadn’t listened to my mother; it was because of her chatter that you got to know me. You loved talking, like me and like her. Yet, from my experience with you, I’ve learned silence, and now I don’t talk to anyone and don’t keep company, but fear faces and glances.

And I miss my daughter so much.   I know you’ve taken her away so I can’t see her, but I’ll be back to get her.

My face looks pale in the bathroom mirror in my hotel. I put the wig on, hide the mole on my neck so your followers don’t recognize me. I bet they’re everywhere in this city which is so unwelcoming to strangers—and I’m a stranger, strange in the look in my eyes and in the blue scarf I wear. I bet the pathetic woman who runs the hotel where I’m staying has memorized how I look and helped guide the two men who’ve been pursuing me. Do you think you can find me? I won’t be easy prey: they’ll look for me in every alley of the city, in its streets and even in its trash, in stores and businesses and amenities, in loaves of bread.

They won’t find me.

By then I’ll have left this ugly city and its people, carrying a new passport and new identity papers. I’ll be behind you, because I won’t live without my daughter, and silence—the silence of escape, the silence of disappearing—won’t stop me from seeing her.

I’ll live amongst people in the place where I was born, I’ll go to the cinema and the park, I’ll buy expensive clothes and brand-name perfume, and I’ll be a mother despite you. You won’t see my face at all, and neither will this city where I’ve lived a good part of my life, only a figure immersed in black that vanishes behind the trees, waiting for you to come out so it can end your life.

I’ve never been near your house until this moment. The moment I lose the power of speech entirely, my sole feature becoming silence. In my pocket is a knife. I wait for you to come out, but instead of you come people in black, standing at the door of your house and carrying something on their shoulders. It’s a coffin; strange. They’re weeping.

I approach, because I fear no one: many of them knew me in the past, but now none of them recognize me, or they don’t want to: I look different, and my volubility has become a deep silence.

It’s your face… Your body. Your eyes are closed. They carry you on their shoulders, shed tears of grief, lay their flowers on your grave. I want to scream at you: Where is my daughter? Why, still, are you determined to hurt me, torture me, defeat me?

I buy a bunch of red roses, tie them with a white ribbon, and lay them between two graves.

Where we lie, you and me.

With the silence that will bind us together forever.

Fatima Al-Mazrouei is an Emirati writer of novels, short stories, poems, plays, and stories for children. She writes daily, weekly, and monthly for local and Arabic and magazines. She has won many awards and prizes from various organizations. She works at the National Archives of the United Arab Emirates.

Katharine Halls‘s co-translation of Raja Alem’s The Dove’s Necklace will be published in 2016. Her film translations include the prizewinning Out on the Street and Common State, potential conversation[1], and her stage translations have been performed in Europe and the Middle East.