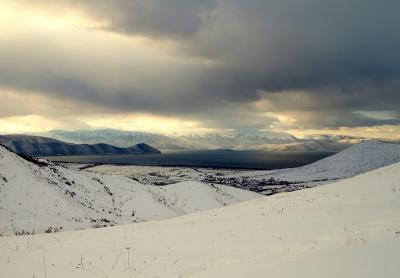 Over the echoing Skype line my parents mention seeing a northern harrier on the outskirts of Ottawa. Perched on a post as they drove along, it had leaned into the air to sail off across the fields, a pearl-gray ghost slipping away. Still speaking, I pull The Sibley Guide to the Birds of Eastern North America from the bookcase beside me. I leaf backwards through the waders and rails, overshooting the raptors to land amidst ducks and geese before paging my way forward to find the harrier. I then press the illustration up to the webcam, trying my best to keep it steady. “That’s the one,” says my father, smiling back at me on the screen.

The longer I live in a different part of the world, the more thumbed this book becomes. It covers 650 species to be found in that vast and varied territory east of the Rocky Mountains, including the birds’ habitat preferences, nesting behavior, and mercurial plumages, along with keys to their identification. But it’s a guide to far more than birds, those unique and elegant sums of feathers and songs, flight styles and geography. It’s also a book that binds, like a rope pulling the continents closer.

Back when we all lived together, none of us noticed birds, except the ones we couldn’t miss. Beyond the riotous blue jays and scarlet cardinals that brought spectacle to our suburban garden, birds rarely strayed into our family’s field of vision. They lived entirely on the peripheries, read about in the National Geographic magazines that my father shelved chronologically in the basement, or heard described by Marlin Perkins on Mutual of Omaha’s Wild Kingdom. But over the years we’ve each developed a keen interest in observing the natural world, a fascination that’s grown alongside our geographical drift: my brother having ditched the suburbs for a city; my parents’ retirement to rural eastern Ontario; and my own journey to Greece.

Each time we speak we talk of recent discoveries: animal tracks stippling the snow; a chrysalis seen suspended from a vine; a cloud of dragonflies about the boat. It’s like being on a family excursion without leaving the line, a daytrip into the wild. But it’s the birds that garner much of our attention, that lace together our worlds from afar. 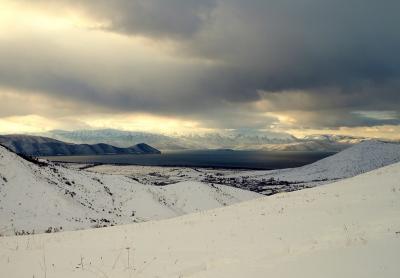 The field guide lets me share in their seeing. I can know the woodpecker on my brother’s walks, sense the clamor and color about the feeder, or hear the warbler in my parents’ cherry tree. I can picture the ruffed grouse that sat for days on the roof of their house, its slicked-back crest and cinnamon wings. I can imagine the gaudy jaunt taken by the wood duck up the trunk of a pine, the wild turkeys plowing snow as they roam. I learn what spring brings to the river down the road, what solitary calls crack the December cold.

Just as in the field, we often fail miserably at distinguishing similar shorebirds over the phone. Juveniles rightly mystify, and when I finally give up trying to match my brother’s description to any of the pictured young we chalk the ledger of the unknown again. We experience the excitement of a sighting which the maps then pronounce impossible, or the puzzling brown bird that vanished the second it was seen. They’ll remain mysteries until the end, a part of the intimacy with winged and shifting creatures. Embracing the uncertainty is a beauty we share.

Rarely do we encounter the same birds as the other, so few spanning the old world and the new. Despite the common family names of North American and European species – sandpipers, kingfishers, sparrows – we’re usually observing close relatives, similar but distinct descendants. But while still on the Skype line with my parents, I look more closely at the field guide, cross-checking the Latin after reading the northern harrier’s description, and realize it’s the same species found in Europe, though it goes by a different common name.

The northern harriers of my parents’ skies are known as hen harriers over here, and a few of them winter beside the lakes where I live, the males’ pale plumage mirroring the cold gray light. I’ve watched them quarter stands of dry corn, wavering in wait for small birds to rise up from the feast of spilled seed. I’ve seen them scythe beside the reeds where they roost, and tumble from trees to disappear into dusk. And when I next glimpse one ghosting over the snows of northern Greece I’ll journey, for a moment, to the far side of the world.

Julian Hoffman’s book manuscript, The Small Heart of Things: Being at Home in a Beckoning World, is the winner of the 2012 AWP Award Series for Creative Nonfiction.