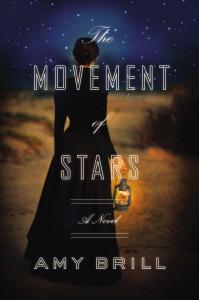 I finished it and went sobbing into the kitchen where my mother was washing dishes, stammering, red-faced, trying to explain to her about what had happened. I’m pretty sure she thought I was overreacting. But it felt real to me. As an adult, one of the first books I read that made me say “wow” out loud was probably The English Patient, which I read around the time it came out, in 1992.

SN: Who are some of your favorite living writers?

AB: I loved Madeline Miller’s The Song of Achilles, which just came out in paperback. Does that count as a 2013 book? I also loved Maggie Shipstead’s Seating Arrangements and George Saunders’ Tenth of December, but those aren’t 2013 books either, are they? I’m just starting Karen Shepard’s The Celestials — that definitely came out this year! So far, it’s great.

SN: Could you talk about a few differences between writing professionally and writing something for yourself?

AB: Writing professionally involves a paycheck and a deadline. Therefore, I get it done. Writing for myself may or may not involve either of those two things, so it’s a lot easier to decide that making a pot of chili or a vat of gazpacho is of urgent importance and must be prioritized.

SN: What is the strangest writing assignment you’ve ever had, professionally?

AB: Once I had to rewrite a whole website for a huge multinational corporation who did quality assurance. Labs, inspections, audits, all sorts of things involving acronyms and standards I had never heard of, using techniques I didn’t understand. It was like writing in another language. The goal was to make it more accessible. As if.

SN: Last week Google’s Doodle celebrated the first professional female astronomer, Maria Mitchell. This was amazing timing, given our conversation and the recent release of The Movement of the Stars. How much of the real Maria is in your heroine Hannah Price?

AB: Hannah is a complex hybrid of a character who evolved over many, many years. I’ll spare readers the exhaustive breakdown of real vs. imagined (for the true history geeks, it’s all in my author’s note), but suffice to say that Maria Mitchell’s early life and circumstances, as well as her work and accomplishments, are the framework for a character whose relationships and interior life are my own invention. The Google Doodle was awesome, by the way.

SN: The Movement of the Stars takes place primarily on Nantucket. Do you have any personal connections with the island?

AB: None. I took a day trip to the island in 1996 and then spent 15 years writing about it. I guess I was smitten. 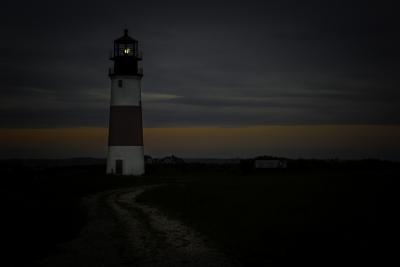 SN: The astronomy sections of your novel are completely fascinating. How did you research these parts?

AB: I stuck with a few sources, all of which were written before 1845, and, for my own understanding, H.A. Rey’s The Stars, which is an astronomy primer for children. That should tell you something about my competence in this area before I began.

SN: Did you read any other works of historical fiction while researching?

AB: There were periods when I avoided all other historical fiction, for fear of contagion. It took me so long to find the voice of the novel that I needed to kind of keep it in isolation for a while. But once I got past that, I read Andrea Barrett’s The Voyage of the Narwhal about 72 times. She’s a master of narrative eloquence, and she handles 19th century science so beautifully.

SN: The fire scene in your book is terrifyingly vivid, almost like a first-hand account. How did you research that particular scene?

AB: Ah, the fire scene! I’m glad you asked. I love that scene. It was so exciting to write, though clearly it would have been awful to live through. I think by the time I wrote that scene I’d probably been back to Nantucket at least once — but, more to the point, by that time there was a wealth of archival and out-of-print material available online. Thanks to Google again! Which is to say, I was able to access at least one firsthand account of the fire, as well as a map of all the burned-out streets, which helped me plot out Hannah’s route through [Nantucket] town.

SN: Hannah’s relationship with Isaac Martin, an Azorean Second Mate from a ship in port, foregrounds the book’s racial conflicts. What draws Hannah to Isaac?

AB: Hannah and Isaac both struggle with their status as outsiders, though for very different reasons. Hannah is part of a community, and benefits from its insularity in some ways. She has an education and she is able to study and work at the Atheneum — but she’s hemmed in by the strictures imposed on women during the Victorian era. Isaac, of course, is confined by the color of his skin first and foremost, but he does have a kind of freedom that she can only imagine. He can travel the world, to begin with, but he also has an individualism that she’s never really encountered before. His beliefs have been formed by experience rather than doctrine, and that is sort of shocking for her. And, of course, she’s attracted to him, which she has no idea how to handle.

SN: Can American writers write truly about the United States, past or present, without writing about race?

AB: I don’t think I’m qualified to answer that question. I can only speak for this story, and in this story, for these characters, in their time and place, race is fundamental.

SN: Hannah’s intelligence distinguishes her in the eyes of many men around her, but early on in The Movement of the Stars she rejects her physical passions. How much of this is a product of the character versus the society in which she was raised?

AB: It’s difficult to parse a person’s character apart from the culture they are raised in. I think Hannah is a very strong character but she is absolutely a function of her society — remember the line about her dying cousin revealing how glad she was that her husband never saw her naked? And how Hannah understands her completely? I borrowed that from a 19th-century source, and I think it’s a good measure of just how restrictive that society wanted to appear to be.

SN: Hannah strikes me as very different than, say, Hester Prynne of The Scarlet Letter, in this way.

AB: In reality, [in that time period] there was plenty of behavior not in keeping with what we might call Puritan ideals. There was adultery, sex before marriage, intemperance — the full spectrum of human indiscretion. Hannah has been somewhat sheltered, though, by her choice to focus on work and shut out the social world that might have challenged [her worldview] at an earlier age.

SN: Both Hannah and Isaac are such vivid characters. What is the most important aspect of historical fiction, to you? Do you have any advice for young writers?

AB: In order to work, stories have to be about characters, not times or places. All of the historical detail, the culture and conversation and politics and dress — those inform the character but are ultimately incidental. My advice is to spend time on character development and the interior life that drives her or him forward. Read, learn, know about the time and place — but don’t get hung up on the historical details. They won’t tell your character’s story.

Amy Brill‘s short story “Race Fever“ appears in Issue No. 05 of The Common.