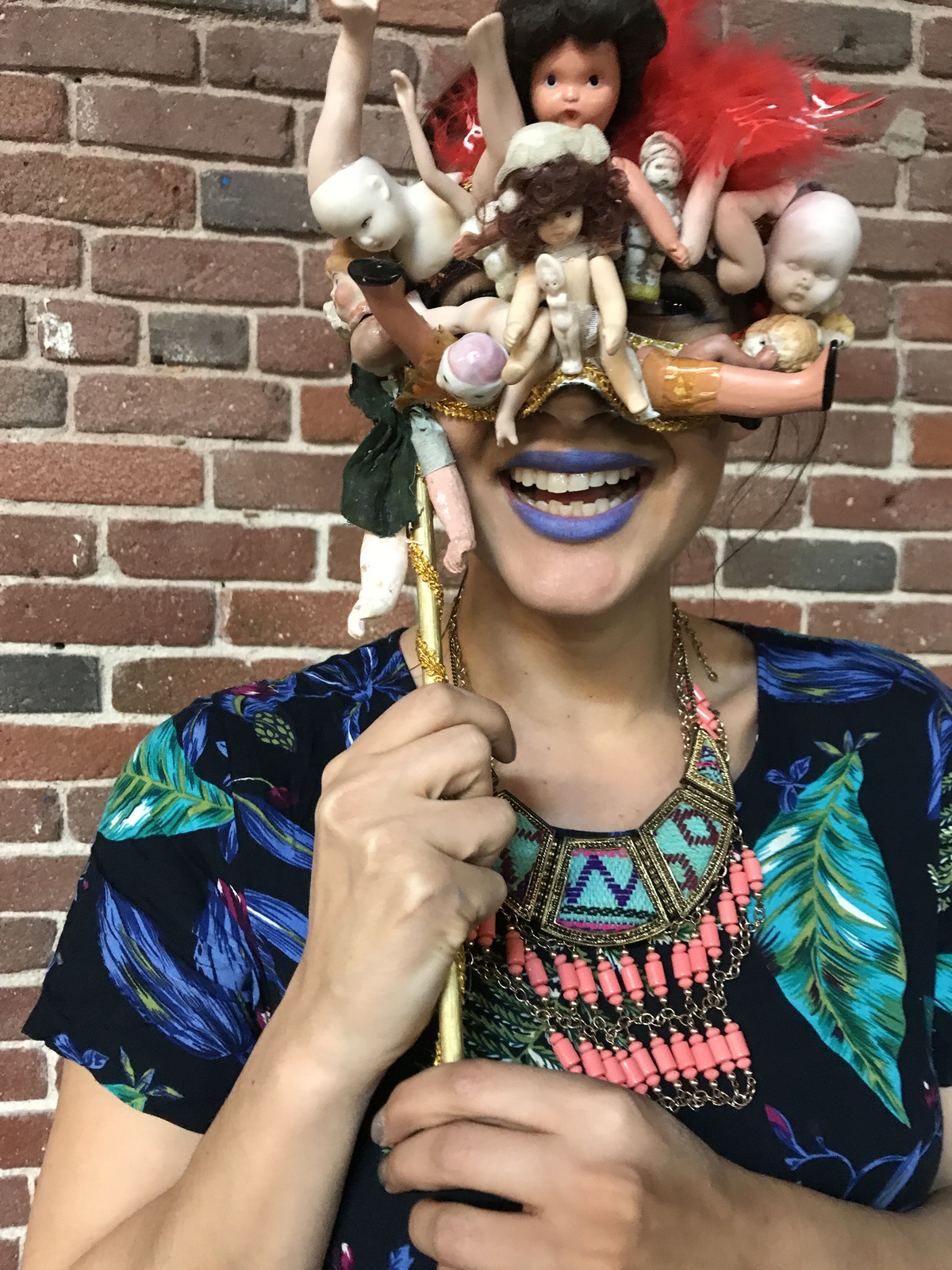 There is comfort in a lack of context, dishes on the floor, jewelry on a peg board, grand piano next to an abandoned plastic phlebotomy practice arm. All the parts of the world shuffled and randomly dealt amongst rooms. A sort of magic trick, skinned in dust, connecting all things to a singular body—the auction house. I remember finding a large bowl of teeth.

25 cents a tooth then. Now it will cost you $200 for a dozen on Etsy. I remember, there were so many molars, an endless promise for more. It was the 80s—my belief in the Easter Bunny falling, but the thrill at mortality peaking. I took a deep breath and plunged my five-year-old hand into the bowl. My body dissolving inside a thousand fragmented mouths.

I flipped the bowl when a voice behind me asked, what does it feel like? The teeth scattered across the floor, escaping beneath China hutches and clothing racks, some landing in the toe caves of used shoes.  Stranger and I fell to the ground quick as apples—trying to catch incisors before they entirely vanished. We didn’t want to get caught, but caught doing what? Asking a question?

Nicelle Davis is a California poet, collaborator, and performance artist who walks the desert with her son J.J. in search of owl pellets and rattlesnake skins. Her poetry collections include The Walled Wife (Red Hen Press, 2016), In the Circus of You (Rose Metal Press, 2015), Becoming Judas (Red Hen Press, 2013), and Circe (Lowbrow Press, 2011). Her poetry film collaborations with Cheryl Gross have been shown across the world. She has taught poetry at Youth for Positive Change, an organization that promotes success for youth in secondary schools, MHA, Volunteers of America in their Homeless Youth Center, and with Red Hen’s WITS program. She is the creator of The Poetry Circus and collaborator on the Nevermore Poetry Festival. She currently teaches at Knight High School and with the Migrant Education Program.