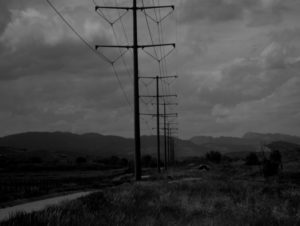 How long have you lived here? I moved here from Cheyenne, Wyoming in 2003. Although, some family members have lived here my whole life, so I wasn’t brand new to Ft. Collins. I have been coming here to visit my whole life.
Three words to describe the climate: Sunny, dry, indecisive.

Best time of year to visit? Personally I think the best time to visit is in summer. Old Town is active with good looking people in shorts, green trees hang over the sidewalks, the Rockies are beautiful to the west, bands play and people dance, all kinds of festivals, always great beer and gutter punks holding out their palms for spare change while their malnourished dogs pant in the sun. But the biggest reason I say summer is because the college kids have gone back to the Midwest. Every season is the best time to visit, but summer is my favorite.

1) The most striking physical features of this city are . . .

Of course the main one is the Rocky Mountains on the western edge of town. They are one of the most striking features of the whole country—where the east ends and the west begins—a big toddler gate for the adventurous. They also act as a compass. The mountains are always to the west. That goes for all the cities down the Front Range, here, Boulder, Denver, and Colorado Springs. The Poudre River is another striking feature. It is the main artery of the city. It runs from the top of the Rockies, through town and out into the Great Plains to the east. Also, some of the old buildings were copied and put up as Main Street U.S.A. in Disneyworld.

I’m guilty of stereotyping people here myself. My friend calls Ft. Collins “an amusement park for white people,” and I agree with her. In my eyes the stereotype is a person from the Midwest who went to college here because they wanted to see real mountains, they liked it and ended up staying. They have a half sleeve of tattoos—Rumi quotes and exotic flowers. They wear red cowboy boots with a dress. They have a beard, love craft beer more than food and they ride a bike, but not in that order. They are organic, sustainable, vegetarian, gluten-free, and have a dog that has the same diet. They might play acoustic guitar or banjo; have a Subaru with a kayak strapped on top. They buy their clothes at REI. They are white, liberal, always happy, and of course they smoke weed. What the stereotype misses is that these are very creative, artistic, passionate people who care about their community. I’m not standing outside of the stereotype; I think I’m drifting inward. After ten years the stench of Wyoming on me is finally washing off, a little bit at a time.

The history of Ft. Collins is a relatively new history, just like most of the west. I believe it started as an outpost during the Indian wars. I can see the nature, be inside it and feel how it must have been before manifest destiny. The genocide rumbles under my feet from time to time, but that’s not a Ft. Collins feeling, it’s an American feeling. I think living out here just brings you closer to a time before recorded history because nature is still everywhere. It’s not obstructed by concrete and skyscrapers as much as other places. We haven’t built over what we have already built yet. We are still on the first layer of industrialization. Plus the sky is so big. Think how much history it has enveloped.

Beer! Beer! Beer! Ft. Collins is known for its craft beer. It’s called “the Napa of microbrews” or something like that, or maybe I made it up. It sounds good though. Cross that with the marijuana industry and you get a lot, a whole boat load of partying, then throw in Colorado State University and you have epic parties that make the national news. There is another side to Ft. Collins though, the farming, down-to-earth side. Ft. Collins became a town because of sugar beets. So yes, we are grounded and not always drunk or stoned.

There are always two sides pulling Ft. Collins. Like I mentioned earlier, we have the liberal woo-hoo party side, but we also have the good-old-boy farming side. Right now the big debate seems to be fracking. There is always a debate on whether to make a reservoir and dam the Poudre River. Of course, with all the outdoorsmen here, we don’t want fracking or a dam on the Poudre. We like the way in which the river flows. And of course there is always a debate on marijuana. It’s legal here now, but people are still figuring out how to enforce it, tax it, and how to sell it.