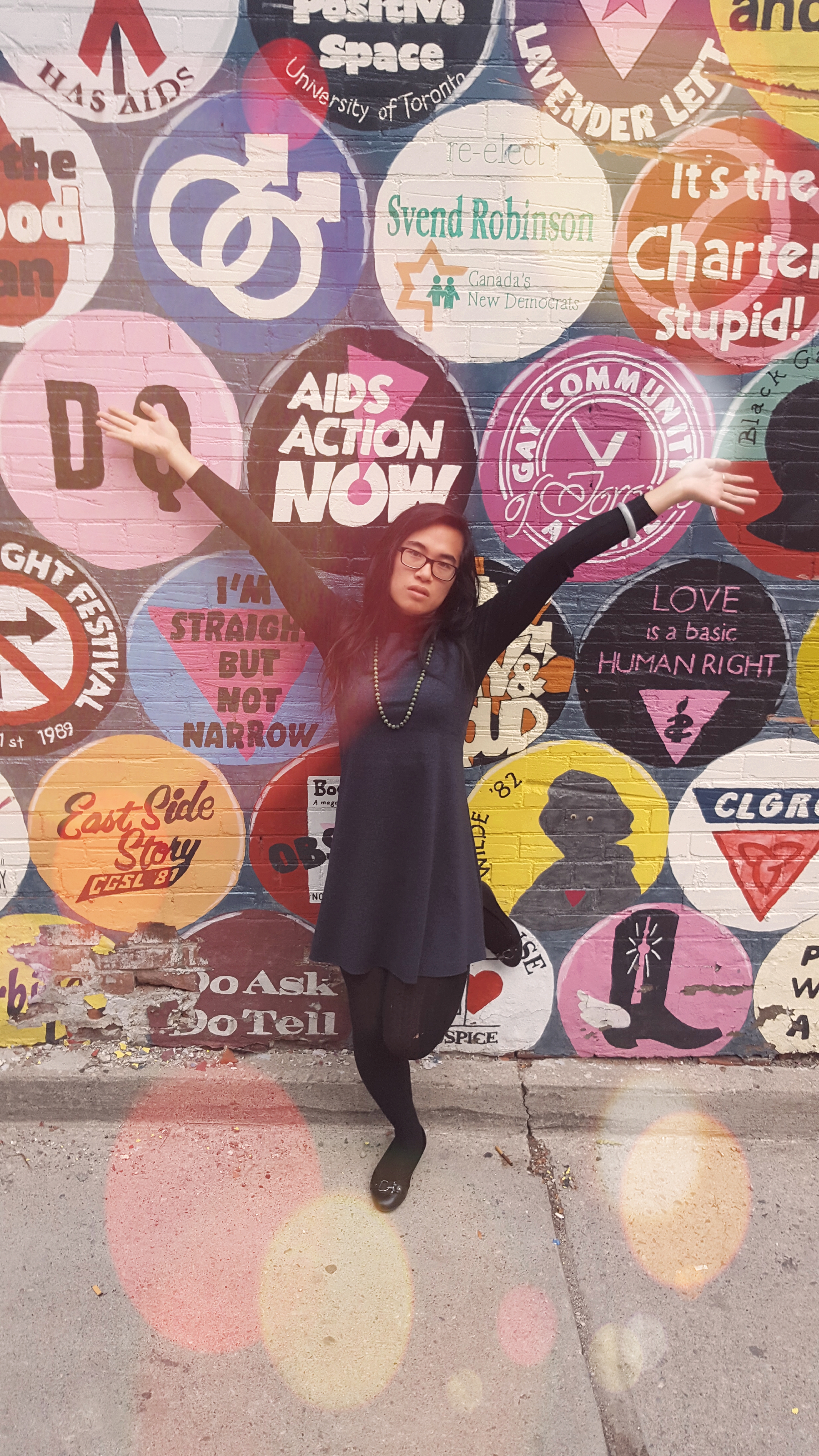 How long have you lived here: 1 year

Three words to describe the climate: Tends toward extremes

Best time of year to visit? Any time that isn’t the winter…meaning the last half of May, June, July, August, and the first half of September.

1. The stereotype of the people who live here and what this stereotype misses:
Toronto carries the reputation of being Canada’s answer to New York City –  everyone is busy, rude, strapped for time, and the rent is too damn high. That said, everyone is just a little bit more relaxed, a tiny bit politer, and the rent is slightly more livable than in the actual NYC – not because Canadians are naturally nicer people, but because Canada has (sort of) universal health care and better social services than most of the USA, though there are plenty of folks who still live in poverty and abject conditions as well. What the stereotype of Torontonians as second-string New Yorkers really misses, I think, is the ways in which so many Indigenous and migrant communities have built strong and lasting identities here that mean so much more than any US-centric sitcom portrayal of Canada and its peoples could ever grasp.

2. Historical context in broad strokes and the moments in which you feel this history:
Toronto, originally “tkaronto,” is unceded Indigenous territory that was the traditional meeting place of many First Nations, including the Anishnaabe, the Haudenosaunee, and the Mississaugas of the New Credit Nation. It is also a territory bound by the treaty of the Dish With One Spoon wampum, a historical treaty that binds the traditional caretakers of the land to protect and share it.  Because of its location on the mouth of the Great Lakes, Toronto became a favored place for the trade and industry of the colonizing Europeans, attracting many racialized migrant laborer populations as well. As a result, there is a deep history of violence and cultural genocide here, punctuated by brief moments of collaboration and solidarity. This is never more apparent to me than when I am on the subway, where the vast diversity of Toronto’s racial and cultural communities throngs together, and the historical power dynamics, class tensions, and intense humanity of it all comes to a head.

3. Common jobs and industries and the effect on the town/city’s personality:
Toronto is the largest city in Canada and, along with its more socioeconomically jaded sister Montreal, is a center of financial and cultural production. This means that there are a lot of banker types, artist types, all the folks just hustling to get by on retail and service jobs, not to mention a vast non-profit industrial complex. Everyone has a side gig; everyone’s working an angle. The result is that Toronto is a frothing swirl of efficiency, can-I-sell-ya-something charm, optimism, and desperation.

4. Local/regional vocabulary or food?
Over fifty percent of Toronto’s population was born outside of Canada, and the native speaker populations of Mandarin, Cantonese, Punjabi, Arabic, Portuguese, Spanish, Tamil, and many others range in the hundreds of thousands. The food culture here follows international fashion – like, the city just went through a ramen phase, and there are ramen shops everywhere. The one word of local vocabulary that everyone agrees on, as far as I can tell, is the pronunciation of Toronto as “tranna.”

5. Local politics and debates frequently seem to center on:
Black Lives Matter! And anti-racism/social justice in general.The BLM movement is really strong in its organizing here, which is great! However, what this points to is the huge amount of work that needs to take place in order to redress historic wrongs and transform this city into a place where people are safe, valued, and able to meet their basic needs without constant struggle.

Kai Cheng Thom is the author of the novel Fierce Femmes and Notorious Liars: A Dangerous Trans Girl’s Confabulous Memoir (Metonymy Press), the poetry collection a place called No Homeland (Arsenal Pulp Press), and the children’s book From the Stars in the Sky to the Fish in the Sea (Arsenal Pulp Press), as well as a recipient of the Dayne Ogilvie Prize for Emerging LGBT Writers.