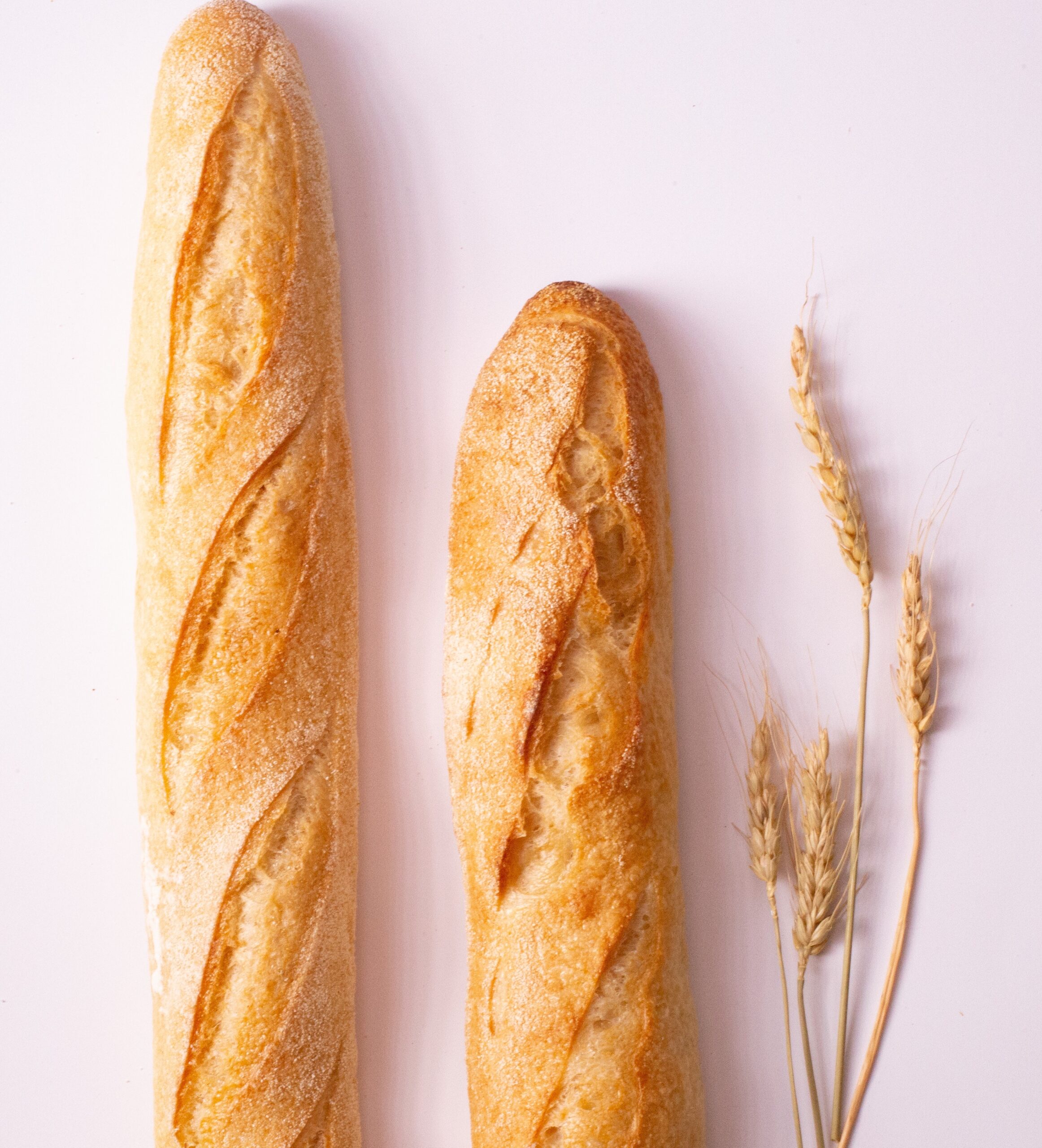 This piece is an audio recording. A transcript appears below.

Author’s note: I love to think about food and about eating it. I recorded “Baguettes” as a way of thinking about the everyday linguistic experiences that we link to small domestic rituals like the ones fostered by bread. The reflections in this recording are strongly influenced by the work of Silvia Molloy’s Vivir entre lenguas (2016), a book that reflects on multilingualism at-large, but also offers a way of looking that impacts all those little daily interactions.

Few things link me to the different places I have lived in more than bread. It’s not just me, I like to think. Bread defines a sense of belonging, a dialogue between my way of being and those different cultural forms of wheat, water, salt, and yeast. Sure, there is a big difference between my marraqueta and a naan, but there is also a connection in the role that these doughs have in our identity.

Moving from country to country has been a constant dual process of learning how to bake the breads that are familiar to me and to enjoy the local counterparts. Like really enjoy them. In Texas, for example, I got used to the freshly made tortilla de harina—I have moved around with a recipe for them written in a used-to-be-black notebook. I made them every now and then when I was back in Chile and a couple of times since I got here, in Brussels. For some reason, I didn’t go for the pandemic craze for sourdough baking; keeping alive a colony of yeast and bacteria was a too-much-on-the-nose of a metaphor for me.

But now I’m in Belgium, and what I have seen, if I’m not mistaken, most of the bread here is borrowed, borrowed from French bakery. French bakery is almost omnipresent here, and you can bump into people carrying around their baguettes in their hands, like, I don’t know, the most cliché scene of a Paris movie. Here and there you can find a gesture of local pride in bakeries that sell their pistolet, a small, crusty bread that holds a soft interior, but beyond that, it has been hard to find something more local than a baguette.

And the baguette is something weird, some kind of mark of your foreignness. In French, a baguette is a feminine noun: une baguette, somehow totally different to my native Spanish, where baguettes are masculine, more because of it doesn’t end in /a/ than because of its phallic form. But it’s not the form, the problem, it’s that undefined article before the bread, that French une. It seems to be miles away from the Spanish un for a French-speaker. I go to the bakery and I ask for “un baguette” and since my un is not une, they seem not to understand me. That final /e/ that has the power to make a half-meter stick into a feminine noun slaps me back into my place of not belonging, of foreigner. My un is the un of my mother, of my family, of the places I left in Chile, and it seems to mark an unbridgeable distance between me and this place that I’m inhabiting now.

These small words may not have the power to define which one of the multiple baguettes I want, but clearly can define me and my place in this city.

James Staig Limidoro is a sound and sound recording enthusiast who works between teaching, audiobook publishing, and advocacy for people with disabilities. Currently he works as an adjunct researcher for the Adolfo Ibáñez University in Chile and lives in Brussels.