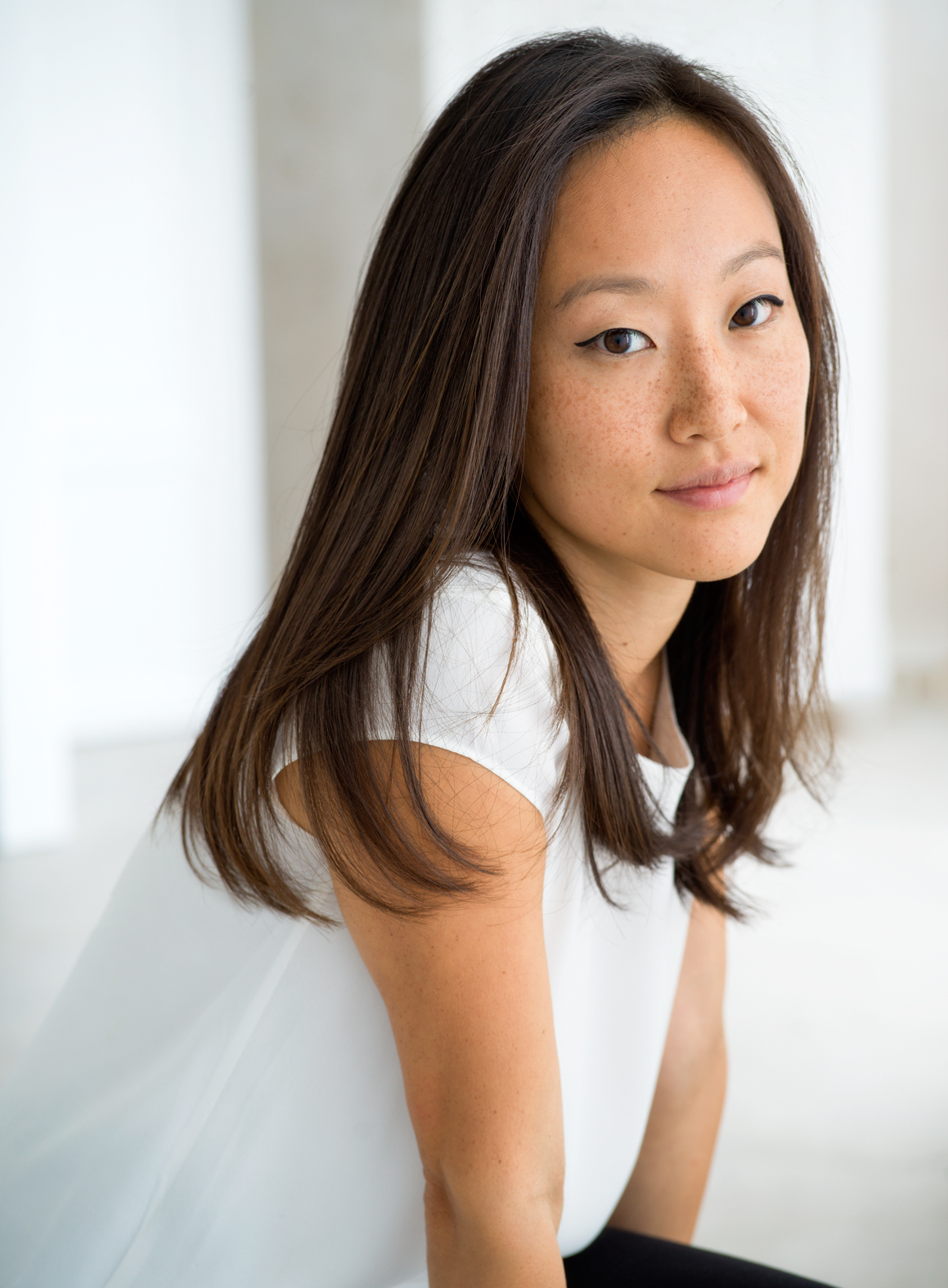 Crystal Hana Kim’s If You Leave Me is a poignant, lucidly written intergenerational story that will leave you aching. The novel takes a clear-eyed look at the ways adults can end up with the lives we didn’t think we would have—how we deal with the mismatch between dream and reality determines our fate.

Kim’s debut caused sensation when it was released this summer; Marie Clare called it a “breathtaking can’t-put-down read,” Cosmopolitan called for a film adaptation, and The Millions wrote that: “This… proves that an epic can yield strong, individualized characters while still developing a nuanced perspective that refuses to essentialize war, women, or national identity.” If You leave Me recently garnered a place on the Center for Fiction’s 2018 First Novel Prize Long List.

Interviews editor Melody Nixon spoke with Crystal Hana Kim over email this summer and fall about Kim’s first book, intergenerational legacies, Korean American readership, and the hashtag #AsianAugust. Nixon was in California, Kim in New York City and on the road on her inaugural book tour.

Melody Nixon (MN): If You Leave Me is set in South Korea, during and after the Korean War—a place that, due to geopolitics, has been spotlighted in mass media in the past year especially. Why did you choose this setting?

Crystal Hana Kim (CHK): I’ve always been fascinated by stories—whether they’re stories of my own making or stories I gather from those around me. Growing up, I loved hearing about my parents’ and grandparents’ lives in Korea. I’m particularly close to my maternal grandmother, who helped raised me when I was young. Her stories about being a teenaged refugee during the Korean War—the struggles, the uncertainty of life, the barriers placed upon women—always stayed with me. As a Korean-American, I feel both very connected to my history but also removed by time, physical distance, my American culture. This makes me want to know more about Korea, and thus write more.

When I began If You Leave Me, Korea wasn’t in the news much. In fact, a large part of my revision process was adding more information about the war and political context because I realized that the average American reader does not know enough about this “Forgotten War.” It’s been interesting to see the sudden focus on both North and South Korea this past year. If You Leave Me feels even more timely and urgent in this context.

MN: You grew up in New York (and you’ve lived in Chicago). How much research did you have to do to render your setting? Did you travel to South Korea at all?

CHK: I did quite a lot of research! I actually recently wrote a mini craft essay on the research process for Poets and Writers. I started with historical and political texts about the Korean War, but I soon realized that though this information is critical, it didn’t help me to vividly describe the setting for my readers. So I conducted oral interviews with my maternal grandmother and other family members to get a sense of everyday life during the war and in the years after. I supplemented my research with movies, documentaries, photographs and more. And yes, I went to Korea to do research as well!

CHK: Writing If You Leave Me definitely strengthened my relationship to Korea. Though I had grown up hearing my family’s stories about Korea’s history, doing my own research helped to solidify my understanding of the greater socio-political context. Now, I feel more connected to Korea than ever before, and yet, I will never be only Korean. I’m decidedly Korean-American. Some of this is due to practical matters; I was born in the United States, I live here, I predominantly speak English in my everyday life. Yet some of this is due to, again, that removal I feel as a person born abroad to immigrant parents. This sense of removal spurs me to write more about my history. I write to understand and investigate.

MN: In addition to setting, there’s so much to talk about with regards to this book: structure, form, voice, characters, narrative. Let’s start with narrative. You have five narrators in this work. Why did you settle on multiple, and why those five?

CHK: I love novels with multiple narrators because they allow the writer to create interesting textures and tensions. You can play around with the secrets characters are hiding from each other and even from themselves. If You Leave Me spans sixteen years, from 1951-1967, so using multiple narrators also allowed me to explore the breadth of change the country underwent during and after the Korean War.

There are so many reasons why I chose these five characters. It’s difficult to explain concisely, but I wanted to explore how gender, cultural expectations, class, war, social mobility, etc., shape a person’s place in the world. In order to do that, I needed a diverse group of characters. To be more specific, Haemi Lee is the center of If You Leave Me, but the two men in her life, Kyunghwan and Jisoo, show the complexity of the war and how it affects this love triangle. I also wanted to explore Haemi as a mother, so it was natural to include the voice of Solee, her eldest daughter. Finally, I wanted someone who knew Haemi before the war, so I gave her younger brother Hyunki a voice.

MN: Might readers grow to trust and rely on one (or two, as I did) narrator more than others, and if so what, as you see it, are the benefits of that?

CHK: I see Haemi Lee as the central character of this novel, so I expect readers will rely on her voice a bit more than the others. Haemi binds the rest of the narrators together, and at its core, If You Leave Me is her story. But once the novel reaches the hands of the reader, I lose control, right? If readers align themselves with some characters over others, that’ll create interesting new tensions in the narrative. I’m curious to find out how readers will react! In the end, I hope that I’ve created a rich, empathetic world full of complex characters.

MN: I definitely think you have.

I’m interested in the fact that four of the narrators in If You Leave Me are of the same generation—children, then teenagers, during the war. In part four you introduce the younger generation, through the voice of Solee. What counterpoint does Solee offer to the experiences of the older generation?

CHK: Mother-daughter relationships fascinate me, so I knew from very early on in the writing process that I wanted to explore Haemi as a mother. In order to provide the reader with a sense of how Haemi’s daughters view and know her, I gave voice to Solee. I also wanted to explore intergenerational trauma and how the choices we make can reverberate through generations.

MN: You so astutely trace how Haemi’s rebelliousness, single-mindedness, and confidence—such powerful tools for a young woman—are turned against her when she marries.

Haemi’s life options, and later, mental state, are influenced by the roles given her as a woman. This comes in interesting and stark contrast to the character of Sunok, for example—worldly, cigarette smoking, and defiant of her elders—through whom you show the influence of American culture post-war on traditional Korean values. Can you speak about the Americanization of Korean post-war?

What are the stakes for you, as someone who identifies as Korean-American, in portraying this?

CHK: From the beginning of the writing process, I knew I’d explore the war’s aftermath. I grew up hearing my parents’ stories of trying an American wafer cookie for the first time, of how their music was influenced by the West, of this mentality that what America had was always better. In If You Leave Me, I wanted to explore how modernization and Westernization became intertwined in some minds, and how Korea changed as it was thrust into a frenzy of industrialization. I also wanted to question this belief that what America had to offer was more ‘advanced.’ Haemi is constantly constrained by social and cultural mores, but she also clings to many of her country’s traditions. I wanted to contrast her experience with someone like Sunok, who lives in Seoul, where she has easier access to influence.

We often associate war with discrete periods of time, marked with a beginning and end. Even though The Korean War resulted in a military stalemate, we still say the war occurred from 1950-1953. In reality, the effects of that violence and the nation’s second fissuring are still being felt today. As a Korean-American, I have complicated feelings about the Americanization of Korea. I wanted to delve into those feelings by investigating this period of time where there was a sudden influx of Western influence.

MN: You wrote recently for Elle about why you choose to wear a hanbok dress, and other kinds of traditional Korean clothing, as a form of resistance to increasing sexism and xenophobia in the US. What are some of the other ways that you feel your visibility and presence as a Korean American woman writer can challenge the mainstream publishing landscape?

How do you hope this book will shift the conversation for and about Korean Americans in the US?

CHK: I hope that my novel and my identity as a Korean American woman writer is helping to diversify the mainstream publishing landscape. I saw the hashtag #AsianAugust trending this summer after Crazy Rich Asians, To All The Boys I’ve Loved Before, and Searching came out. (I watched all three, and they are incredible in very different ways. Go watch them!) Similarly, we’ve had a wealth of Asian and Asian-American women writers’ debuts publish this summer. If You Leave Me was published alongside Lucy Tan’s What We Were Promised, R.O. Kwon’s The Incendiaries, Vanessa Hua’s A River of Stars, Ling Ma’s Severance, Rachel Heng’s Suicide Club, Lillian Li’s Number One Chinese Restaurant, and more. What bounty! I’ve found such pleasure in seeing these books together in stores. Our books are all so very different, reminding us all that Asian and Asian-American stories are not all the same.

Also, one of my favorite parts of the publishing process has been hearing from Korean, Korean-American, and Asian-American readers. I have heard time and again that my story has helped them feel seen, has connected them to their history, and has helped to show the world that our stories matter. Hearing from readers has been the greatest gift.

Crystal Hana Kim‘s debut novel If You Leave Me was released this summer by Harper Collins.