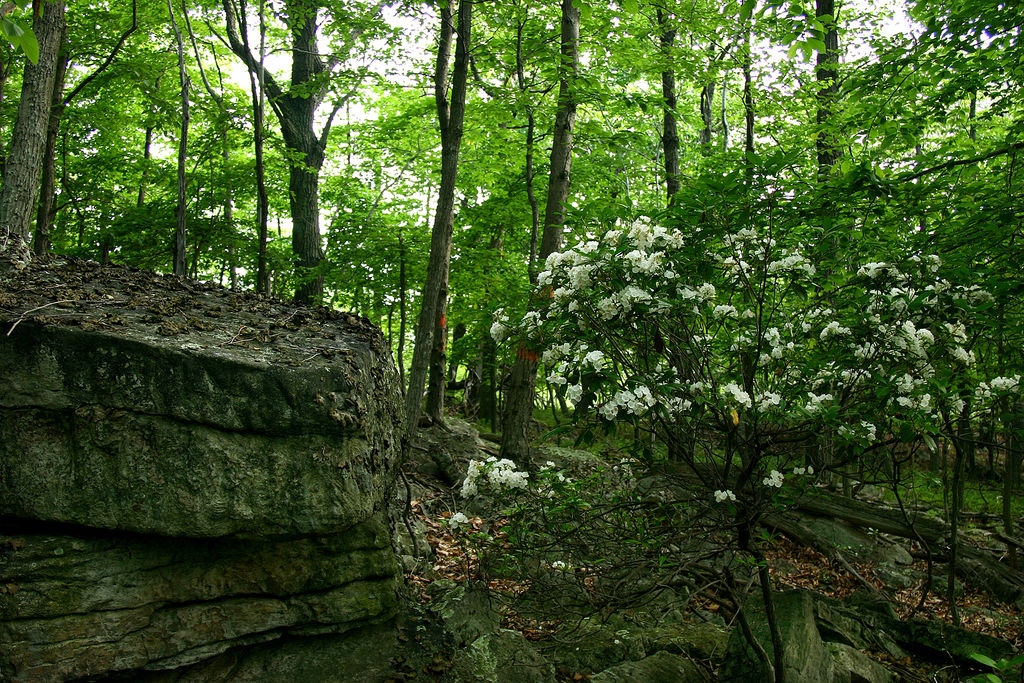 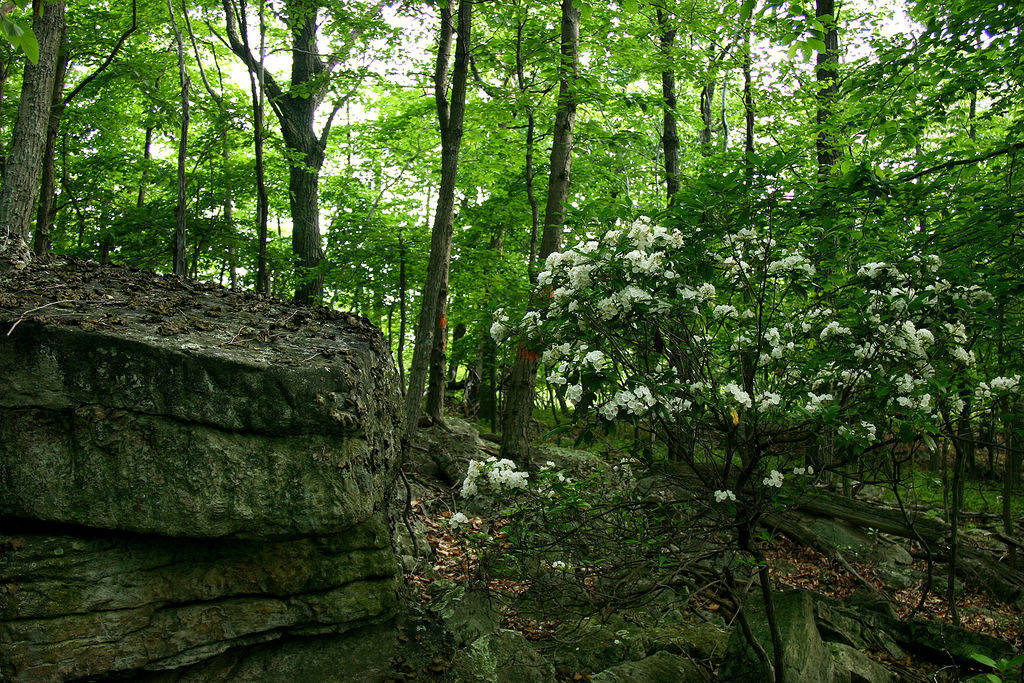 Jim’s garden, like all gardens, was a work of deception.

I had a view of it from my side yard where the bamboo hedge had been reluctant to fill in, framing what it was supposed to hide: a sort of jungle fantasy some two hundred miles north of the tropics, shaded by laurel oaks. The short-lived, disease-prone trees were liable to come apart at any second but their thick trunks gave a sense of timeless stability, for the moment.  At midday a beam of sun shot through the boughs like a spotlight in a theater, illuminating the summer steam, the multi-tiered blooms of the pagoda plant, the wings of the tiger swallowtail. The scene might have been created by an art director with bits of reflective paper and dry ice, but it was all quite real. Vines high in the canopy shed blossoms, dotting the earth with Gauguin colors always contrary to season—snowy petals in the heat of August, bikini orange in winter, spots of brown-red like blood drying in the summer rain. At night the sapphire blue Christmas lights he’d strung through the palms came on in sections, pulsing, no less natural than anything else.

With each color came a scent, though never that of the flowers floating down. Later, I learned to identify the real sources, always less showy than the false ones: gardenia, lady of the night (accompanying the Christmas lights), and a ginger that smelled like artificial coconuts or, in the sudden cool before a thunderstorm, suntan oil.

The gingers didn’t do well in the sugar sand, so Jim grew them on the patio in twenty-gallon plastic nursery pots. He surrounded them with smaller containers of the same sort filled with Aspidistra, grassy Liriope, and other evergreens whose leaves, so perfect they looked like plastic, lent a sense of permanence to the temporary arrangement.  Everything would become root bound, dry out, and die. Only the ephemeral impatiens lasted. Some moth pollinated them, allowing them to reseed and splash pale lavender and salmon beneath the palms.

“Those African iris of yours will need dividing,” he would say in his lazy twang.  He wet down everything with a hose-end sprayer loaded with Miracle Grow, as though this was all the work his garden—as opposed to my irises—required. But on the evening before yard waste pick up day I would catch him dragging out to the curb barrels stuffed with fronds, branches, the tendrils of all those vines. If the Florida Exotic Pest Council put an invasive species on its do-not-plant lists, Jim, as a rule, planted it. A delicate green mist of invasive old-world climbing ferns would have enveloped everything if he had not kept it in check. The work with the clippers may have helped him to feel his garden was a paradise that only needed some taming. He strengthened the illusion with fish whose orange scales and flowing fins made such a pleasing contrast with their onyx pool that I did not, at first, notice was a rubber cattle trough.

Algae, which thrived in our summer humidity, gave a patina to statues recently cast from concrete. He knew how to tuck them in the foliage so that they seemed to have lurked there forever. In the patio chair sat another element, Jim himself, a cigarette burning between his fingers. Recently retired, he was always there when I passed the opening in the bamboo, like physical proof his garden was a place of leisure. He underlined the point by calling out warnings of all the work I was creating for myself on my side. “Plant oranges and you’ll have to pick up the fruit when it falls,” he would say. He promised to have me over for a glass of wine, but gave me rooted cuttings and rhizomes instead, the things gardeners exchange before retreating to their respective solitudes. I never pressed.

He seemed without care because he had so many. He had a son who would not speak to him, debts he could never pay, health problems he knew would kill him. I would not learn about most of that until after he died, when estranged family began to appear, people sent by the bank. He must have been at least as corrupt as I am, but in his paradise he was pure. He would always be there it seemed. Then he disappeared.

I had not seen him for a month and began to worry. A neighbor told me not to. Jim was gay and a drinker, he clucked. He would go to some bar, pick up a younger man, and forget everything else. “Good for Jim,” I replied, though I had never seen any young man, never seen him drink either. “At least someone is living.”

In fact, Jim was dying, in and out of hospitals, chasing away nurses someone sent to care for him. A stench wafted through the “bamboo” (by now I knew it was an aggressive reed). He did not answer the door. I was about to call the police when he twanged behind me, “You know those ilexes you’re planting have problems,” like the same old Jim, only he was not Jim, but a skull with skin stretched over, eyes bulging.

The smell had been a growth of mold. One of the eternal laurel oaks had broken in two, punched a hole in his roof. Water got in. He’d opened the windows to air the house. The stink even fooled the buzzards catching updrafts in the sky. A year or so later he tricked them again, along with everyone else. Though his body rotted for weeks inside the house, none of us smelled anything because his confederate jasmine, run rampant during his illness, exploded into bloom, saturating the air with its sweetness.

Bill Pitts‘ stories have appeared in The Massachusetts Review, Witness, and other literary journals. He is also a regular contributor to Florida Gardening magazine.