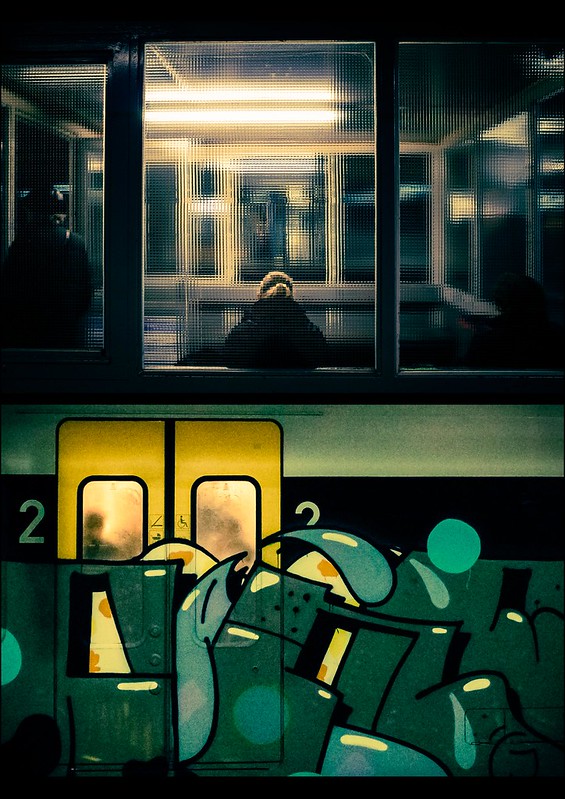 The Common Magazine · “Corn And Turns” by Lauren Camp

If I won’t remember that I was in Virginia last year without praise
of darkness, or the autumn drift I spent in Wisconsin watching a cardinal

nip the oak, if I see and forget field thick over field, the stalks
cut against green—how will I fetch forth the half-dead

memory of the 6 train stuffing its way into the Bronx, as it rolled the same
every day over the florist and the florist’s locked gate, over

the circle of urban dirt and suits, and my father emerging
from the chaos at six-eleven pm? My father snugging down the metal,

down to our Buick in a patchwork of misaligned streets. Won’t hold
that he always got in on the right with his noise, and now I

never will remember exactly what he said, the layers
of accent crumpled in, and his questions and crusts of amusement that blew

out. Look at all the forgetting I’ve done, all that I thought I would
always know, though I knew even then the next day

his worn loafers would plod up the stairs to the platform.
I’d hear him go away from us. Again, go above.

Lauren Camp is the author of five books, most recently Took House. Her poems have appeared in Kenyon Review, Poem-a-Day, New England Review, and Blackbird. Honors include the Dorset Prize and finalist citations for the Arab American Book Award, the North American Book Award, and the New Mexico-Arizona Book Award. Her poems have been translated into Mandarin, Turkish, Spanish, and Arabic. Learn more at LaurenCamp.com.