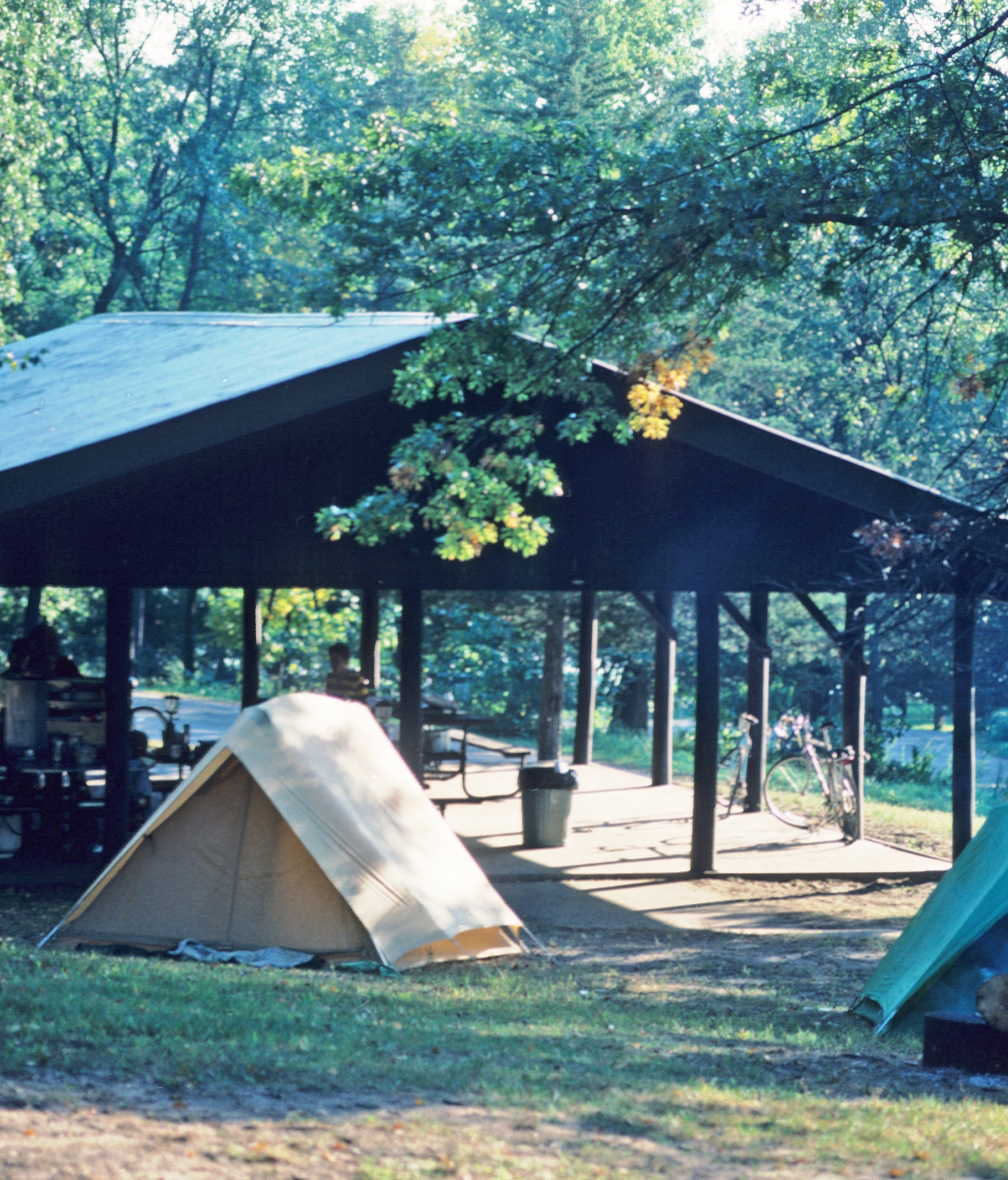 In the late eighties, when I was twelve, I went to a camp called Walking G Ranch. My sisters went, too. It was in the mountains of California, in Taylorsville, but now I have to look that up on a map because when you’re a kid you never know where you are. It was a working ranch, and we all got up early in the morning to take care of the animals – milk the cows and feed the pigs their slop – and sometimes at night, my friend Anne and I slept in the hayloft. On other nights, we rowed out to a little island in the middle of the pond. It felt immensely far, but it was just a pond.

Otherwise, we slept on metal bunk beds in the girls’ bunkhouse, our duffel bags shoved under the beds, and in these duffels were our camp clothes. Our parents had been sent a list of what we needed and instructed to mark all clothing with their kids’ names so our possessions wouldn’t get mixed up. My clothes were labeled with little white strips of iron-on fabric with my name in black, all-caps letters. I don’t know where my mom got them. Maybe she ordered them. Everything had one of these tags, except my underwear and socks, which were labeled with my name in black permanent marker. The labels marked the limits of my owned world. Everything in my duffel was mine, and I knew it and liked it and felt the security of it. My things.

Wherever I went, the labels went, my name following me around. I could feel them scratch at my neck, the ones that were ironed into my t-shirts, and I could feel them on the waistbands of my jeans, but I could tuck my shirts in to solve this problem. Some afternoons, we had watermelon and Tang by the lake. We mixed the Tang with too-short spoons in big Igloo coolers, so our arms got sticky. The counselors put the watermelons in the lake, just at its edge, to keep them cool, and they sat there, held by the water, until we cut them up and ate them.

The name “Walking G” was a brand. It was the ranch’s brand, its mark of ownership, a letter burned on the bums of horses and cows and bulls. It looked like what you would expect: the letter G, with feet, walking along. A wandering letter, set free from the alphabet and from words and sentences, and, maybe, from any meaning at all. The animals had their brands to keep them from getting lost, but our owned worlds are always threatened by loss. Shirts, pants, bug spray.

I forget a lot about camp. Maybe these lost things are not mine. We think of our memories as ours, as things that belong to us, but I wonder if they are, or if they stay in places, in the pond or the hayloft or by the lake, beyond ourselves, beyond our names and markings.