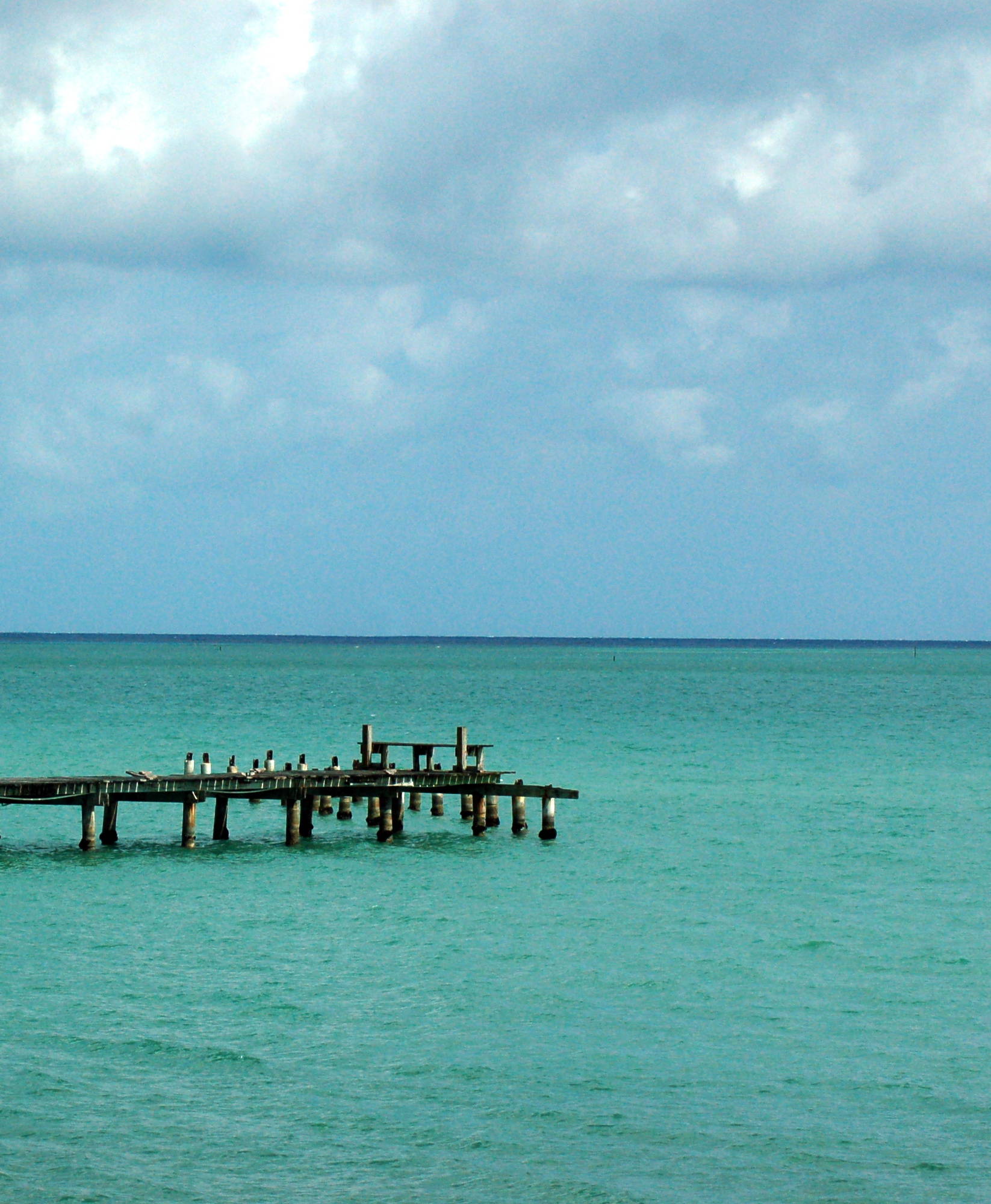 Scorpions, jellyfish, poisonous flowers. My orientation as a young newcomer to a Caribbean island began with a litany of how to avoid being stung or cut or poisoned or burned. At age four, I learned to shake out my shoes to check for scorpions. I learned to back away from the pink blooms of jellyfish in the water. I learned to recognize the dark, flitting form of the stingray. I learned don’t step on a sea urchin, don’t eat an ackee raw, don’t taste the milky sap of the oleander plant.

Older children petrified me with warnings about bats and giant toads, about blue-and-black lizards that skulked in the grass, about these and other creatures which, I later learned, were harmless. Much later, I also learned that, while you could frighten yourself with your own imaginings, you might still be too young to comprehend certain dangers. Too young to grasp the threat of an iridescent liquid at the bottom of a gulch, the menace of red-mud waste from a mining site, the complications of sewage disposal on a small island. At age four or six or eight, you might only understand that there is no going back on those narrow, mountain routes that take you across the land, that you can only move forward or go over the edge.

If your upbringing was steeped in a sense of alarm, you’ll still shake out your shoes and jiggle the curtains, years later. You’ll remember to peer under the bed of a tropical house just as you recall other lessons from your school days, like the times tables and the pledge to this shining homeland, a land that never really felt like home but which left its stamp on your childhood more than any other place. You’ll remember that while your parents argued by long-distance telephone, you stared at the floor around your feet, keeping watch for a swarm of fire ants.

So, you might worry when you return to the island after years of absence and your spouse decides to go with you. You might fret that this newcomer from a snowy valley, born one ocean and two seas away, will get himself stung or burned or poisoned, will be swayed by the beauty of this new playground, will think that paradise is a place where only good things can happen.

He will ignore your warnings of what not to do and get himself blistered and bitten and scratched. He will scoff when you talk about deforestation and soil erosion and water pollution. He will doubt that this island has struggled with runoff or that some people live with industrial stench. He will remind you that you are steeped in a sense of alarm. So, you will try to keep quiet, set the subject aside, just as one avoids certain conversations until a meal has been finished.

You will tell yourself that some lessons take time to be absorbed. That people can take decades to accept hard truths. That formal reports may succeed where a wife’s anecdotes cannot. And you will grant him his paradise, give him that other orientation, show him all the ways the island is steeped in love and wonder.

You will part the leaves on a plant to point out the whistling frogs. You will look for the lovesick lizard with an orange disk in its throat. You will show him the fireflies that signal their passion and try not to voice your disappointment, try not to say that, once, there were so many blinkies, they formed clouds of light in the cool, green dark.

You will hold his hand and listen to the sea whose whoosh is everywhere. Listen to the water that once completely covered this island, that once coated it in limestone and nurtured life forms whose fossils can still be found in the dirt. You will hope that the sea still retains its old magic from 25 million years ago, that it still holds the power to feed and cleanse, to soften the footprints that have been pressed into the land.

And when you write about this place, as you will from time-to-time, you will write, most often, about the love. You will wish that your sense of alarm could be washed away, could be taken, far, far out, with the tide. You will tell yourself that each time someone shares the love, it may, ultimately, help to contain the damage.

Charmaine Wilkerson’s writing can be found in various anthologies and magazines, including Best Microfiction 2019, 100 Word Story, Fiction Southeast, New Flash Fiction Review, Bending Genres and FlashBack Fiction. She is the author of the novella-in-flash How to Make a Window Snake from Ad Hoc Fiction (UK). Originally from New York, she currently lives in Rome.