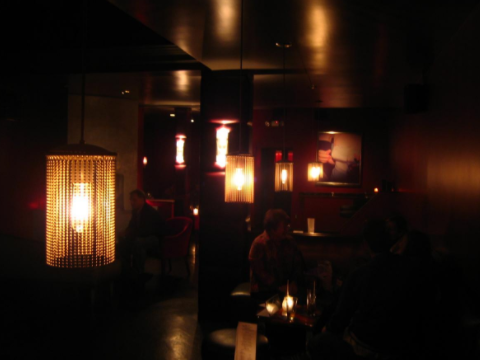 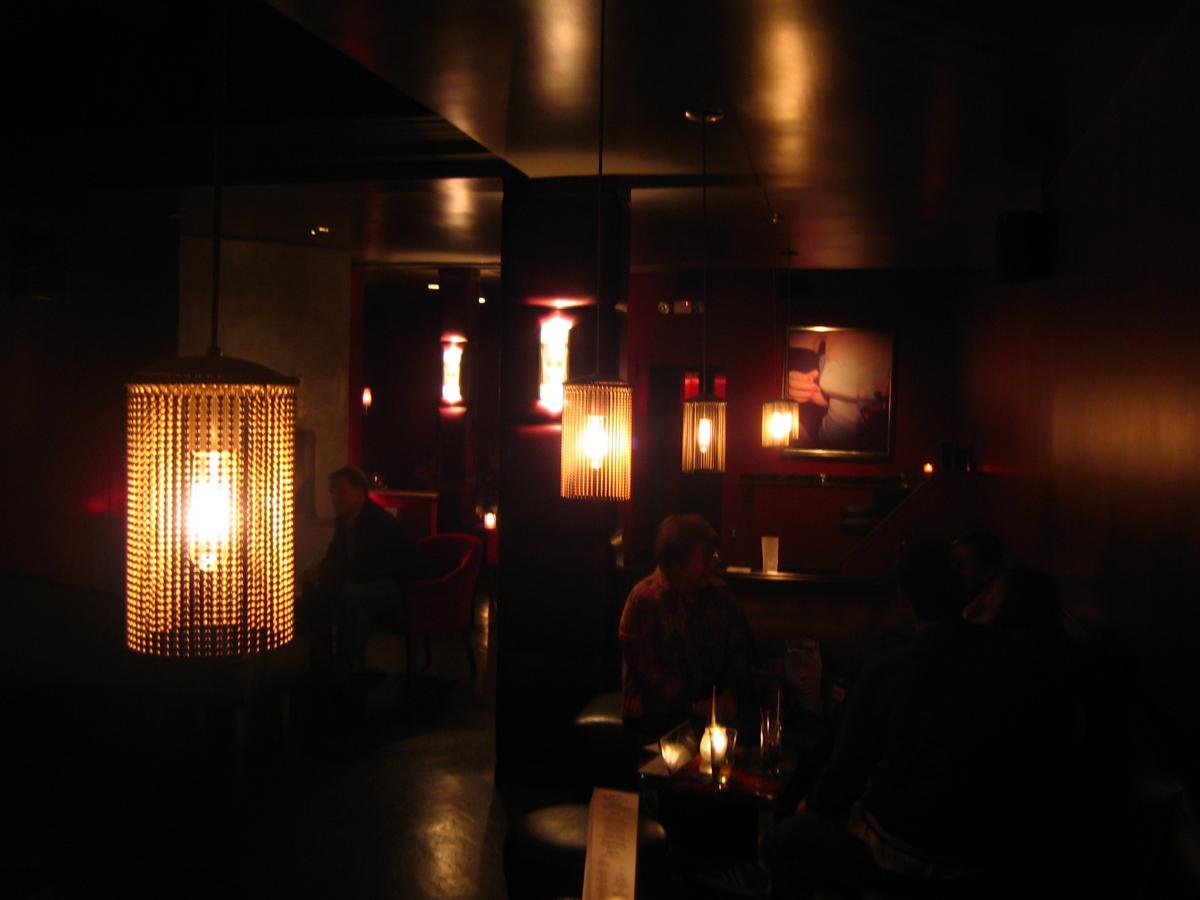 On our first date he took me to a bar disguised as an apartment. Down a narrow alley (they call them laneways there), up a step, through a door marked “1A.” The room was small and nearly empty, all dark wood and white walls. A fire did its quiet work in one corner, its light gleaming on the unlabeled bottles that lined the shelves. He knew everyone, and the beautiful, tattooed bartenders spoke to me like family.

A newcomer could get lost in Melbourne, where all the streets share the same dozen names and everything is pretending to be something else. Art galleries disguise themselves as laneways, museums dress like monuments, cafés hide in warehouses. Bars call themselves shoe stores, sweatshops, laboratories. I was an American so far from home that even the seasons were foreign, even the stars—but I was lucky, an accidental plus-one, following half a step behind him on the wide sidewalks.

He took me to a bar disguised as nothing, labeled as nothing. Hidden down a deserted laneway, a flight of darkened stairs. “I promise I’m not going to murder you,” he said, and I laughed, a little nervously. The right door led us into warmth, into mood lighting, into a clatter of ice and voices. A nearby martini spilled a liquid nitrogen fog over the tabletop and in a room secreted behind a bookshelf, a waiter scolded a woman for taking pictures. I held the menu—a book, really—and we argued about when he was allowed to touch me. I was a bartender too, and I had little patience for couples like us, all flushed and affectionate in the corners. He knew better, but he cared less.

In Melbourne I was pretending to be something else. I left my independence in my suitcase, trading it for compliments and dinner dates. It was less a reinvention than a vacation, a brief respite after years of forging life 8,000 miles from home. I borrowed his friends, and we dipped our toes tentatively in the possibility of a future. Of those frightening words like boyfriend, girlfriend, love. Feelings, with a capital “F” and no caveats.

I took him to a bar pretending to be an American saloon. The staff wore paisley shirts and bolo ties and sold 40 different kinds of bourbon. They sold 600 different kinds of Scotch. I held his hand under the table and watched the evening bloom around me, thinking of other people I would have liked to bring there, if things were different. The Southerner who’d introduced me to whiskey, the Scotsman who’d introduced me to love. I was still nervous. He was still nervous. When we kissed we traded tastes of peat and barley.

That winter was the coldest they’d seen in decades, but Melbourne thrives in winter. Its houses are poorly made and rarely insulated, so its people flee to the warmth of restaurants and libraries, galleries and coffee shops. They flit through the brisk blue mornings on their bikes, go for blistering runs through the parks, past the barren trees, the tourists, the wild pink cockatoos as commonplace as pigeons. They ride the trams without paying, and ticket inspectors patrol in secret, dressed like businessmen, like housewives, like junkies. I wore thermals under all my clothes, and shivered. He wore T-shirts and jeans, but he turned the heat on whenever I came over.

We went to a bar that looked like a bar, but in miniature. There were six small tables, packed in close and full of couples. The woman at the table next to ours got up to greet him, and tried to hide her shock when he kissed me. We sat in the warmth, and I looked out on Gertrude Street, which people said had been dangerous once but which had now gone the way that these things go, trading syringes for boutiques, gangsters for lifestyle brands. He knew everyone, and everyone knew his ex-girlfriend. I was still nervous, but he didn’t seem to care.

When he left me it was for an Australian I knew by name but never met. I clung to our mutual friends, our date night haunts, the part of town where we both worked. I only had three months left on my visa, and an unexpected part of me didn’t understand why he couldn’t have just waited it out, humored me a little longer. For hours at a time I’d thought we were perfect, the way our worlds intersected, the way we fit together in that enigmatic city. It was an understandable mistake. Like most things, it could almost have worked.

We dipped our toes in and retreated.

Wesley Straton has spent the past four years in Australia and New Zealand traveling, bartending, and writing, and recently published her first poem in Haverthorn Magazine.