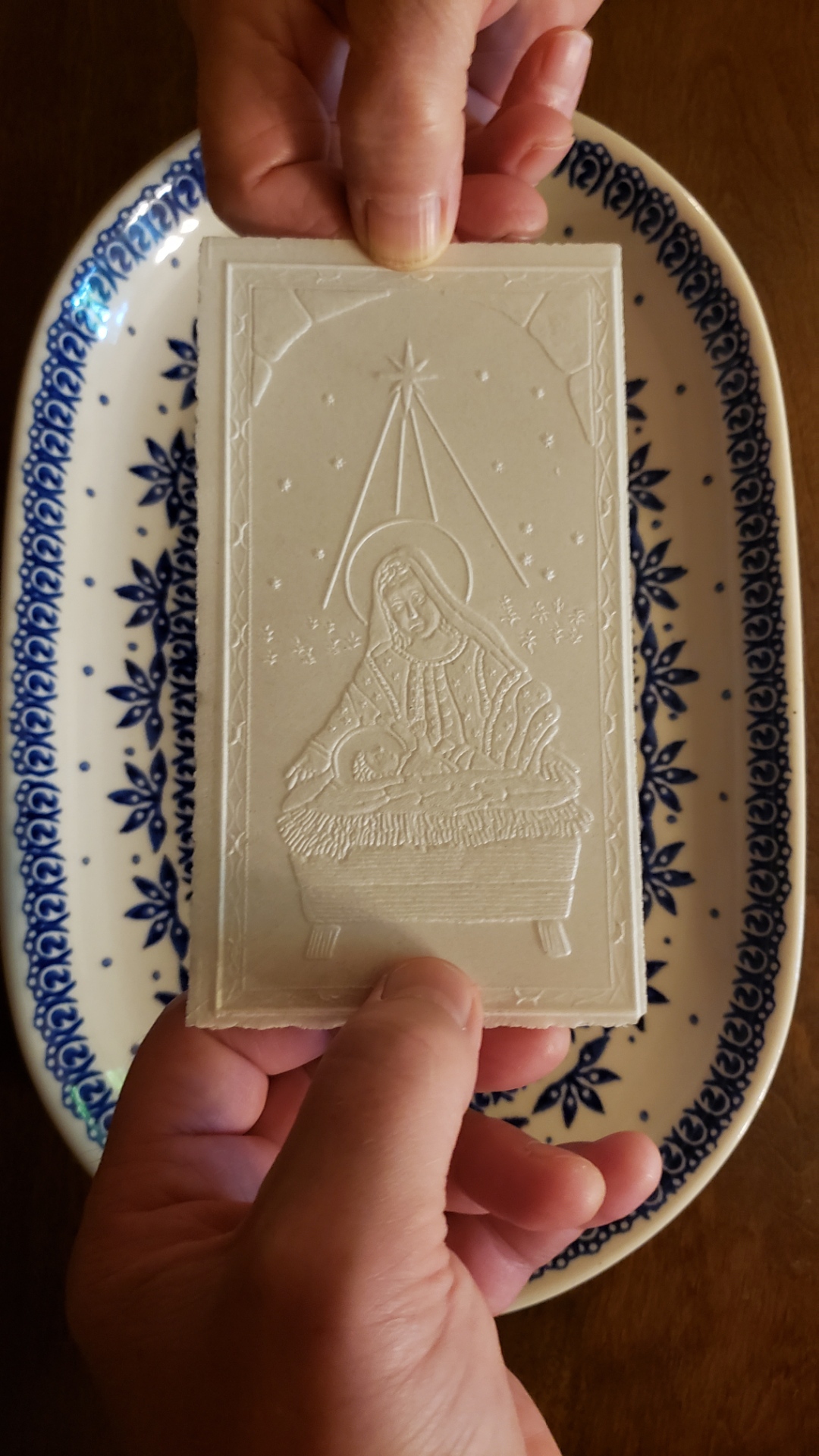 When my mother joins us, he tells her, The birds are having a war! A big war! My mother looks at the nurses’ station. Don’t worry about them, she whispers, I’ll send a dog to chase them away. Nooo, he says, they’ll rip him apart! I won’t let that happen, she says. My mother is right in his face, moving closer, her voice comforting even to me. You don’t need to worry about them. I don’t? he says. No, she answers.

Her caretaking has been resolute through his body’s long decline, another septic infection now threatening his life. She has walked them both through darkness before. Every new decline, a place to ready endurance. But I’m scared of the crows and these unknown reaches of my father’s mind. I don’t need to ask my Ciocia, with whom I usually interpret dreams, what the symbolism means. The crows are harbingers of death. Still, my family sits bedside and tries to lead him home with words, hoping the drip lines will do the rest of the work.

Before the crows, my father thinks I’m sitting on my mother, squishing her against the glass wall behind me. Give her some room, he says. I tell him I’m just sitting on my jacket. She’s standing there. I can see her hair. I pull out my fur collared jacket and shake it out, tell him, It’s just a jacket. It’s okay, I say. She’s coming soon. He asks why he’s in this garage. Even though I don’t laugh with my mouth my staccato breath tells me I think it’s funny. His eyes keep darting to the nurses’ station. The cardiologist walks in and announces that my father’s heart is functioning at half its capacity. Tells us there’s permanent damage. Tells us that he is at risk for sudden death. Out of nowhere my father says, Even the clock is crying.

On Christmas Eve, eight of us pile into his new room with fewer beeps and a roommate on a loud CPAP machine. As we pass and pull the curtain, my brother mouths Darth Vader and puts his hand over his mouth like a mask. We circle around my father, instead of the dinner table, shuffling around each other to share Opłatek like we would at home for the holiday. My mother breaks the card-sized wafer embossed with the nativity into fragments and wedges one into my father’s still hand, placing it on his chest. We each take our own piece to offer and receive from each other. My father’s voice is at a whisper as we all lean down to kiss his cheek. We wish and break and wish and break for good health and prosperity, letting this communion dissolve on our tongues.

At the third hospital, our new year dangles with the hope of repair. My father’s still wanting and fighting sleep. My two brothers and I sit for hours with stale coffee breath waiting for lab results to prove what we already know: his heart is worth saving. We talk about Chernobyl and quote Caddyshack and laugh at co-worker stories over the anti-pressure mattress emitting a loud buzz. My father tells us there’s a bumble bee in the room, a really big one that went behind the outlet. He says, I watched the nurses. They loaded it up with honey. I keep interpreting his signs, looking for clues as to how this will go. The honey an improvement and no sight of the warring crows.

Jannett Matusiak was born and raised in Lowell, Massachusetts to Polish immigrant parents. She is working on a memoir about piecing together her Polish identity and how her father’s Multiple Sclerosis shaped their family love. She has been previously published in The Boston Globe and Defunct. In 2016, she and her husband quit their jobs, sold their house, and embarked on a 14-month backpacking trip around the world, stopping in Poland and Lithuania to visit family. She chronicled their journey through 29 countries in their blog As Far As We Can Go! Jannett lives in Denver, Colorado.