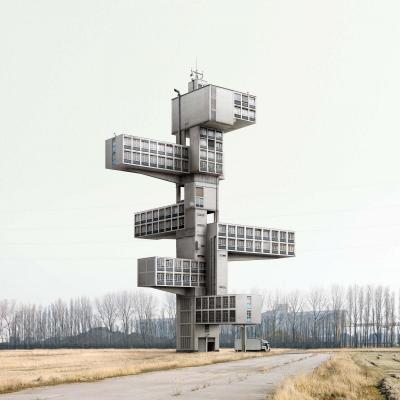 At the threshold of summer, the sunglasses are on. Running in blue-sky mode, I’ve been talking up some ideas for multiplying the writing workshop times the architecture studio. Their product would be a format for storytelling across media, an alignment of complimentary strengths really well suited to engage the built environment.

This column has coalesced each month around the premise that there exists a reciprocal relationship between works of literature we read or write, and how we inhabit and construct our environments. The premise is intuitive. Man-made environments change constantly, bludgeoned by markets, yes, but also sculpted by cultural momentum and democratic will. In this process of continual renewal and reinvention, it’s possible to think of literary works as vectors for ideas about architectural and urban conditions.

When we contemplate a place, whether it’s a house or a waterfront park, as it is now or as it may be in the future, we launch a story about experience. It’s a beautiful day, the first week of June. Or, there’s an early morning rainstorm. You’re on your way to work. You’re on your way to meet an old friend. Evolution has shaped humans “to be moved mainly by things on our own private scale.” The world is known only through our experiences, real or imagined.

Yet storytelling skills are weak among the creative class most responsible for the design, implementation, and management of our built environment. By necessity, the architectural and planning professions see the world through the framework of plans and parallel projections. Their professional documents—the tools governments and City Building Departments require from them—are bloodless and abstract, many times removed from life.

As a guest critic for final reviews for architecture school studios, I’ve watched student designers struggle to organize their projects into coherent realism. Not real-world practicality, but just world-building. Simply, what’s going on here? Who are the project’s true constituents? How does the project alter patterns of their daily routine and year-round ordinary life? What is it like in July? In December? Quite often it feels like students end up crafting very large pieces of jewelry instead of plots for human life.

An architecture studio possesses a key strength. Students share the semester-long objective of the same project. Students are all working toward the same type of building on the same site; they have the same urban or ecological condition to which they’re responding. Everyone is creating the equivalent drawings and models at the same time. Competition runs alongside camaraderie. In contrast, writing program workshops are defined by really dramatic differences in preparation, talent, goals, and working styles. Everyone is an expert in their particular worldview, so, in a strong workshop, the teaching is a collaborative effort. In a weak workshop, a vacuum of shared interest and common goals degrades the exchange of ideas and the evaluation of technique. Everyone is desperate to escape.

Architecture students attempt to present their work to their peers and outside critics at least once or twice during a studio. They meet one-on-one with their instructor to talk through the work. Final submissions for the studio, likely a composition of images, drawings, and models, are presentation tools in search of an audience. At the end of a writing workshop, the final product will have to live and breathe, walk and talk on its own. This is the overwhelming appeal of the writing workshop over the design studio.

This idea of a studio-workshop is still in dreamtime, but the general principal is that of a project-oriented course with specific emphasis on place. The deliverables could be in the student’s native media or some combination if so desired. Research and collaboration are intensive. Writers engage place-making, designers take up the lives and psychology of characters.

Create a master plan for one year in the life of an elderly individual in a large house in a Bakersfield, California. The shape and size of the house as well as its relationship to town and landscape is initially fixed but can change as the student develops a better understanding of the person’s life. Reveal but respect the character’s solitude.

Draw a significant religious experience from within the ordinary spaces of a city—offices and apartments, parking lots and street signs. How does it emerge and develop into a source of cultural influence?

WRESTLERS OF THE ATMOSPHERE

Climate change has increased the frequency and intensity of Midwestern tornados. Design an Oklahoma City suburb against fear and toward physical and emotional resilience, starting with one home and one family.

A research studio that aims to developing a factual basis for life in New York’s West Village in 1977. Link together as many buildings as possible through factual research, then compose a narrative of actions and people. Understanding how this “necklace” of buildings is used, the forces of New York City circa 1977 are revealed.

Follow cues from Richard Mosse’s 2011 photography of Congolese forest warfare to envision a Texas landscape that signals the secrets of its inhabitants. Embrace the city of Dallas as the cumulative character of its inhabitants past, present, and future. Design a narrator or device capable of communicating at the scale of an individual and of the city as a whole.

These very modest ideas take their clumsy inspiration from far more ambitious projects with brilliant leaders. In the United Kingdom, the Architectural Association’s Unknown Fields Division led by Liam Young and Kate Davies  has set out each summer on an interdisciplinary “nomadic design studio.” Their trip launching this July bound for Madagascar is now enrolling. Geoff Manaugh has also collected several studio descriptions and syllabi in a sourcebook section to a new book available this summer called Landscape Futures: Instruments, Devices, and Architectural Inventions The book is primarily the exhibition catalog from a 2011 show of interdisciplinary architectural design, art, and technologies at the Nevada Museum of Art. 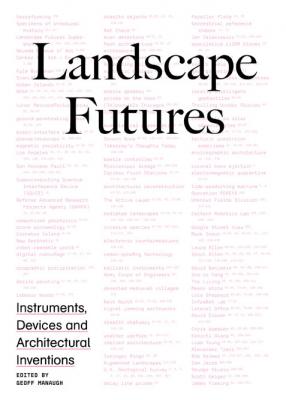 Whatever the subject or setting, one hopes a studio-workshop can blur boundaries between creatives who typically have nothing to do with one another. This means architecture about people and daily life before it’s about object buildings and shining surfaces. For literature, it might mean stories and forms fictionalizing powerfully over real places, committed to exploring this correspondence between who we are and where we are. But all this is just intuition.

But dust off your sunglasses. Summer is just starting.