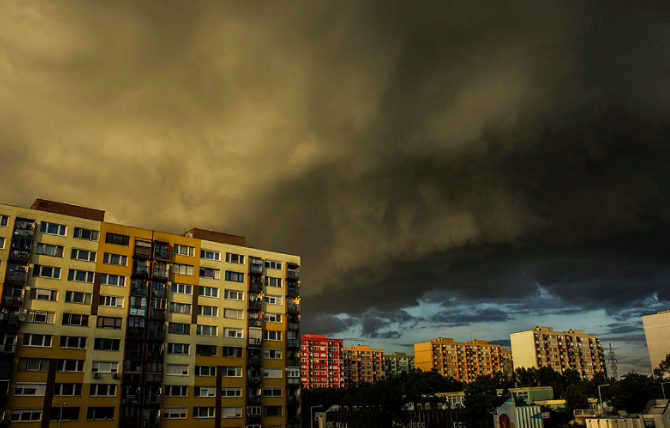 with the notorious Robert Taylor Homes standing just
beyond ballpark grounds across the Dan Ryan Expressway:

the high-rises, bruises against the city-flag-blue sky,
eyesores. When the last tower came down, I don’t remember

the president, the mayor or any other politician standing
in front of the rubble with a megaphone vowing to get

Whenever folks rolled to Comiskey, they saw those towers
and thought of G-Baby from Hardball, comedic little black boy

baseball player shot outside a building that looked sort of
just like those; Keanu Reeves’s character was kind of torn up

about the whole thing. Good riddance!—their one Red Line
train of thought, tears in their blue and green eyes. Hood

riddance, too. As we drive past, I glimpse the ghost of my young
face in the car window, overlaying the empty lot with reflection.

It’s a place where many people died but many, many, many more
lived. Those are the folks I identify with: I know what it’s like

to live; I have no idea what it means to die—I guess I’m not black
in that way. I’m, as they say, “blessed and highly favored.”