My book Paradise Lust: Searching for the Garden of Eden is a history of people who have searched for the Garden of Eden on Earth. This seems like a project with the perfect excuse to travel to all sorts of exotic locales, but it started out as a way to get inside someone’s head. According to family rumor, my great-uncle, an allergist and university professor who died before I was born, had planned to travel to the Garden of Eden, by plane, in the 1950s. My great-uncle, apparently, was a believer both in science and in the literal truth of the Bible.  But how could he hold conflicting ideas in his mind at once? If I could figure out where he thought Eden was, maybe I could get closer to understanding this. 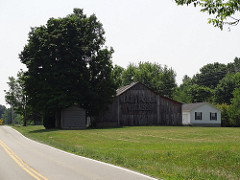