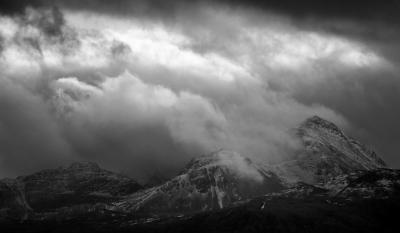 When I arrived for my shift, I heard talk of a search and rescue near the south end of the Ptarmigan Traverse: two climbers, stuck on an 18-inch ledge. They dropped their rope and most of their camping gear while summiting 8,200-foot Spire Point, the remote tail of the route, a spot between Sentinel and Dome peaks that most people reach only after several days of route finding. It’s fearsome, storm-wracked country — the Pacific Crest, where waters spill east toward the Columbia River or west to Puget Sound. And if you get high enough, your cell phone might work, as it did for those climbers this morning. They called 911, who in turn called us, the Park Service.