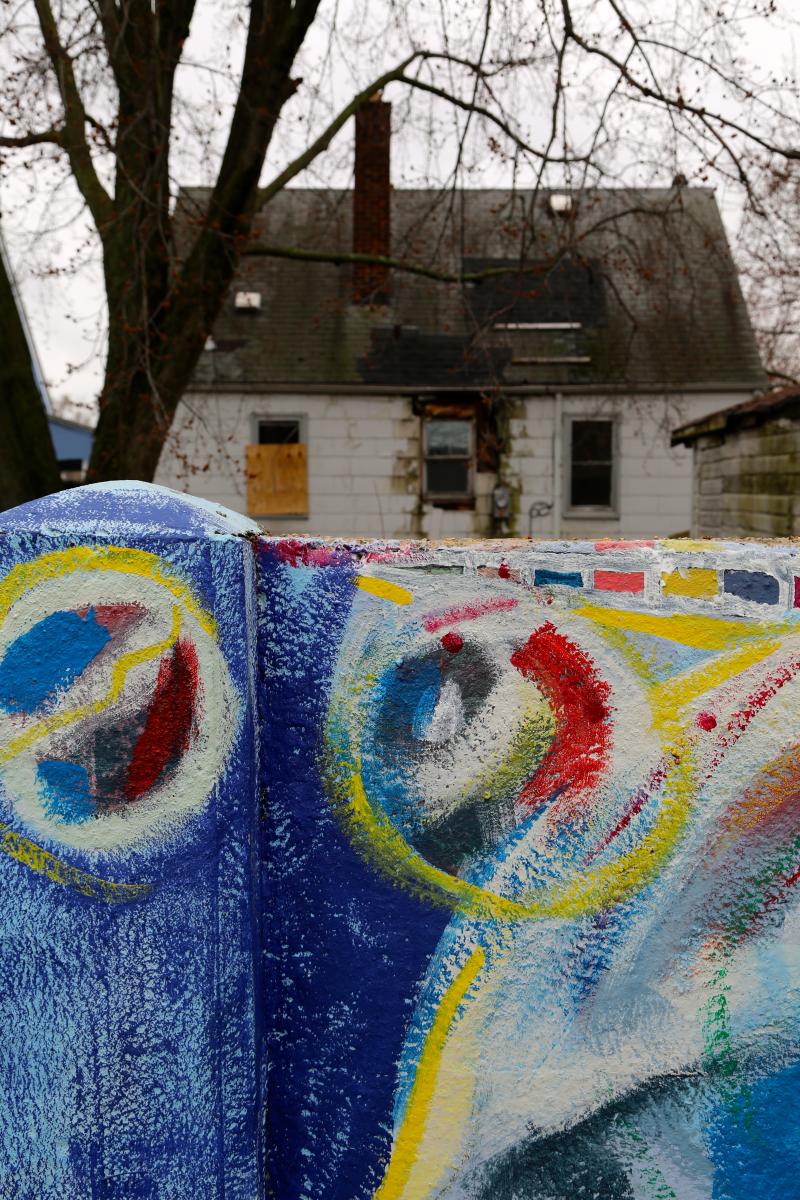 By CAROLYN KRAUS
A six-foot-high, foot-thick concrete wall begins at 8 Mile Road, Detroit’s northern border, known as the Line. The wall marches south for half a mile along the property line behind Birwood Street, cuts through a city park, and halts at a dead end street—a network of potholes and buckled asphalt.Driving my children to and from our Northwest Detroit home just south of the Line in the ’80s and ’90s, I used to detour along the Birwood Wall and wonder at its history. I didn’t wonder about the trash and bottle-strewn park that stirred to ominous life at night and, like so many other leering vacancies in the city, had long since ceased to be a place where children could safely play. Like the park, the Birwood Wall had outlived its original purpose. Now, grey, grim, and bare, it haunted the edge of the ghost park. As waves of residents departed Detroit for the whiter, brighter future of the suburbs, as houses and shops fell derelict and tumbled, sturdier features like the wall persisted, emerging into relief like a low tide of relics.
Detroit’s Walls of Spite01.07.2014
Read more...
Get Our Newsletter