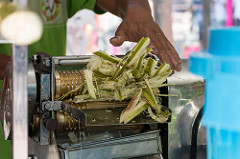 It was the first of February 1957, and in the entrance of Prince Abdul Munem’s palace, a young officer stood facing the prince. With the usual sternness, the officer told the prince that he must leave the palace immediately.¹ Without saying a word, the prince went back inside and came out carrying a suitcase. He smiled at the officer and walked toward the southern wall of the palace.

At first the officer was astounded by this, as there was only one entrance to the palace and it was located in the northern wall. His amazement only grew as he watched the prince open the door of a room built against the southern wall and step inside it. Thinking he must have been duped and that his assignment had not been successfully completed, the officer went into the room and yelled furiously at the prince, threatening to use force to get him out of the palace. But the prince claimed that because the room was not part of the palace and he did not actually own it, he was still allowed to stay and live in it. He told the officer that his father had given the little room away a long time ago. He also informed him that Sheikh Abu Annoor was buried inside. He pointed to a structure in the middle of the room covered with a thin rug. “Don’t you see the tomb?” he asked. He then whirled his forefinger around in the air, pointing around the room, and asked the officer: “Would you really nationalize a shrine?”