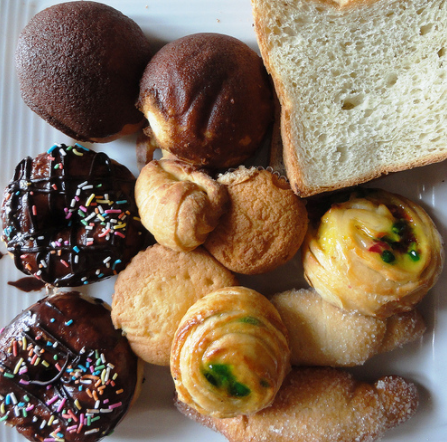 The Balkan in my neighborhood, I give him small amounts of money a few
times a week, it’s not what you think. A lot of people do this. About his wife,
he tells me he has none. My daughter, he sees her smile a flash flood,
always gives her a cookie. His word is börek, translates as ‘savory pastry’
pronounced “boo-wreck”. For this I gladly give him money. Spinach and feta.
Bigger than your hand, hot from the oven. With meat or cheese, pasta layers,
flaky dough. He works 6 days a week. He was taking a nap in the park a few
years ago, we were there eating homemade sticky cake. I offer him some, he
rigorously declines. Does he recognise me? Was it inappropriate?

In Istanbul, I am delighted to find a bakery with the legend ‘Salon du Börek’
painted over the door, where fresh börek is the only fare. Back in Amsterdam, I tell
the Balkan about my excitement at finding börek salons in Zagreb and Istanbul. He
regards me politely.

Cralan Kelder was born in 1970 and grew up between California and The Netherlands. An anthropologist by training, he has edited numerous literary magazines, including Full Metal Poem and Retort. Previous books include: Lemon Red (Coracle 2005), and City Boy (Longhouse 2007). He lives in Amsterdam with his wife, the evolutionary biologist Toby Kiers, and their children.