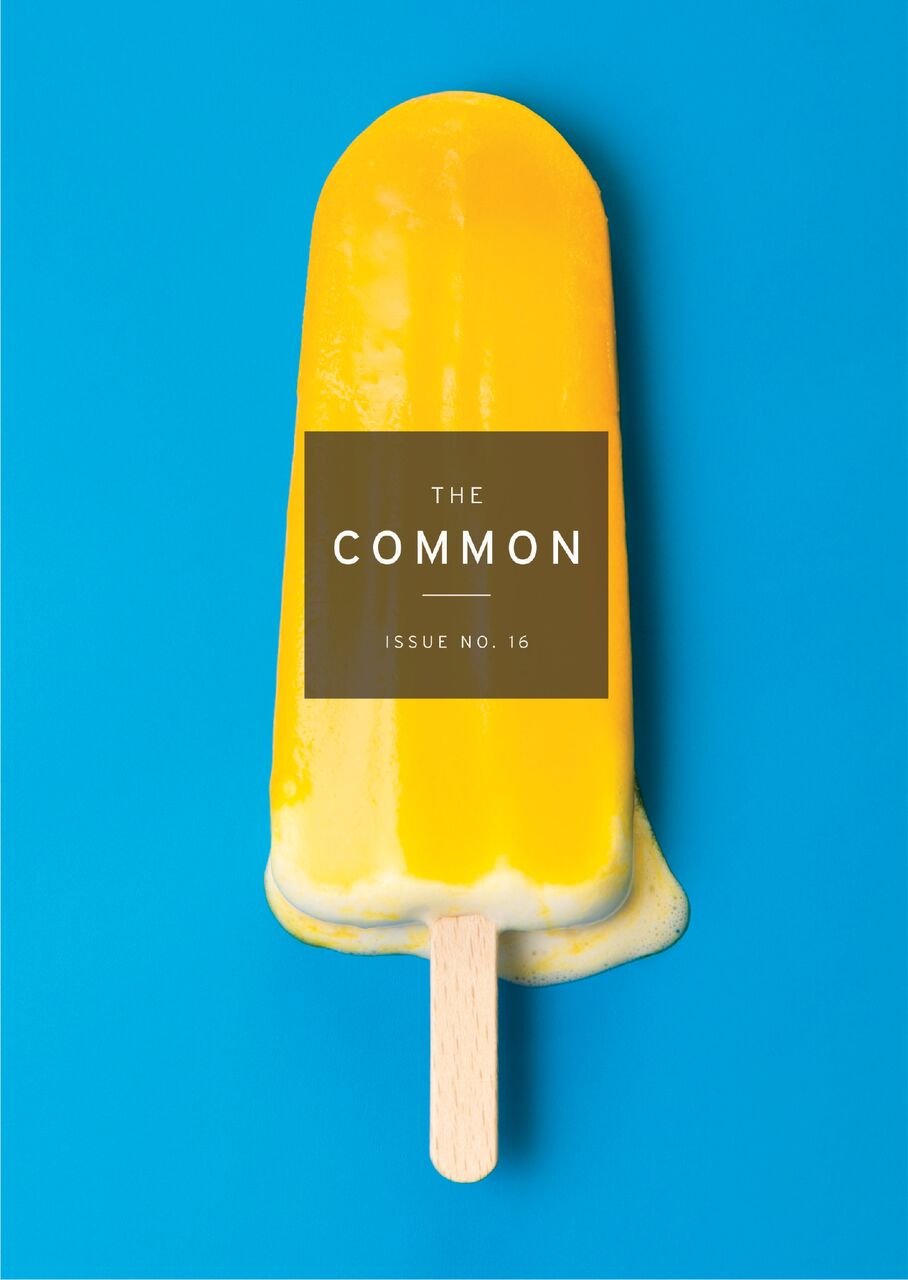 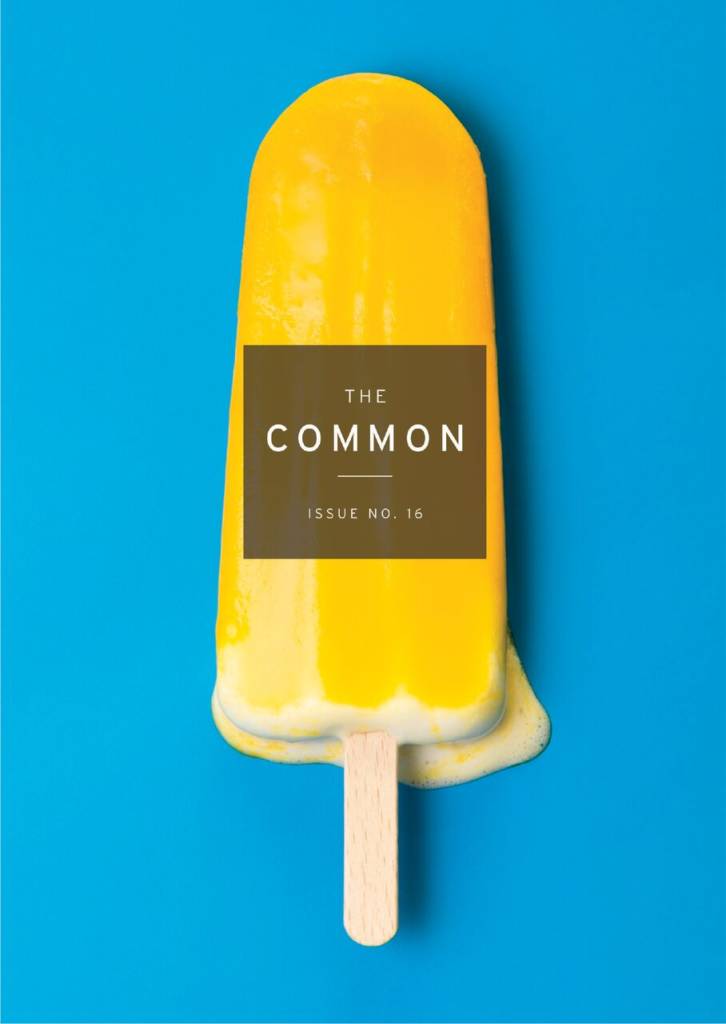 September 2018 marked one year after Hurricane María devastated Puerto Rico, striking an island already in the thick of political and economic instability and causing an estimated 4,645 deaths. In the storm’s aftermath, many wondered: “What is the role of art in times of tragedy? What should writers and artists do with their talents?” THE COMMON’s Issue 16 features a special portfolio of Puerto Rican writers and artists that recognizes the vibrancy of literary and visual arts both on the island and in the diaspora.

Issue 16’s portfolio De Puerto Rico: Un año después de la tormenta / From Puerto Rico: One year after the storm celebrates the resilience and talents of Puerto Rican writers working in a variety of genres. In March 2018, Editor-in-Chief Jennifer Acker spent a week in San Juan interviewing and collaborating with writers, artists, and performers. “Hurricane Maria was not merely a setback or temporary disaster,” she writes in an essay published in LitHub in September. “The threat was existential. Would the island ever recover enough to support full lives and future generations?” These finely curated pieces explore this and many other questions related to the storm and its aftermath.

In “4,645+,” María Luisa Arroyo Cruzado asks, “What are the Puerto Rican Spanish words for aftermath? / Disaster capitalism? Intentional erasure of a modern colony?” In “Native Shore,” poet Mara Pastor drives home the unwelcome post-Maria reality: “They were counting on the debt, / but not on heavy metals in the water, / cadmium in the ash they breathe. / Nothing prepared for the poverty of the house, / for a piece of the pool collapsing…”

Mara Pastor’s poems appear in both Spanish and English, celebrating the beauty of her verse in two languages. In addition to these poems, two essays appear bilingually, and the issue features a number of works translated into English for the first time.

While the portfolio explores the harsh details of post-hurricane life in Puerto Rico, it also showcases the strength and beauty of the island. In renowned artist Adál’s photo series Los ahogados / Puerto Ricans Underwater, a woman submerged in a bathtub holds a smiling baby above the water. In another photograph, from his series Los dormidos / The Sleepers, a couple sleeps curled around a can of gasoline, the woman’s head on a pillow of ice. “Santurce, Un Libro Mural / Santurce: A Mural Book” brings to the page a collaboration by writer Francisco Font-Acevedo and artist Rafael Trelles currently installed on the streets of Santurce, the most populous and artsiest barrio of San Juan. Sergio Gutiérrez Negrón tells the story of Bimbo, a shy man who learns to love himself and the sea in “People Who Go to the Beach Alone.” National Book Critics Circle Award Finalist Willie Perdomo’s “We Used to Call It Puerto Rican Rain” is an ode to the island’s tropical weather and to its inhabitants. 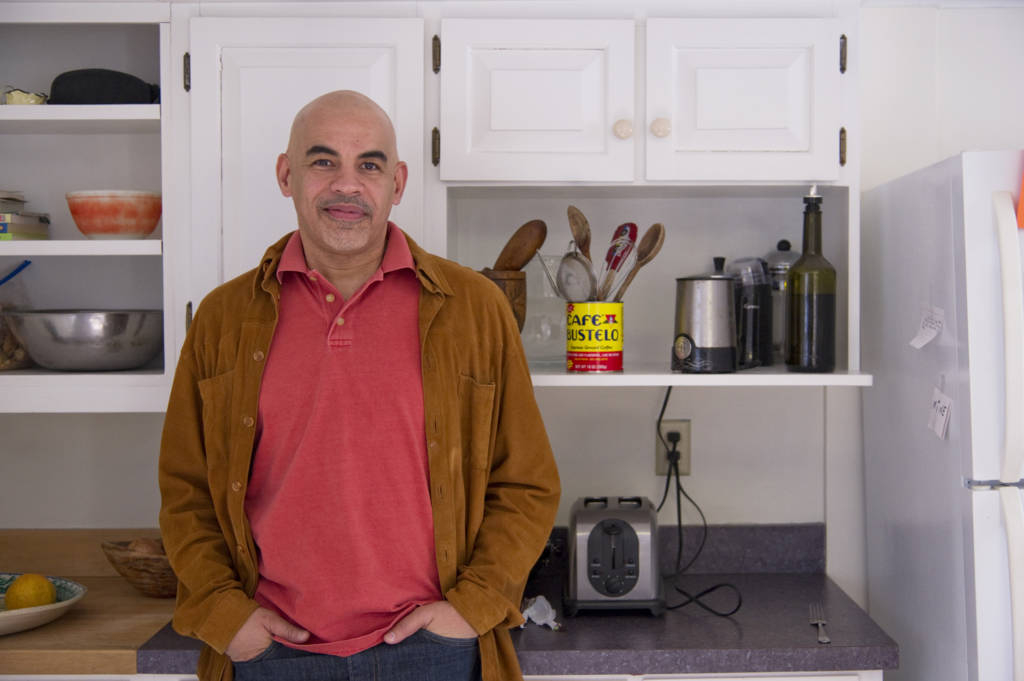 “I believe the creative process of this issue of The Common is in itself a reflection of the kind of conversations we should be having between the people of the United States and the people of Puerto Rico,” reflects Issue 16 contributor Ana Teresa Toro, whose essay “To Abandon Paradise” opens the portfolio.  “We share the same passport but have very different experiences. To be part of this portfolio represents to me the chance not only to show our view of the world, and to tell our stories, but also to connect with readers who will expand our perspective with their own experiences.” 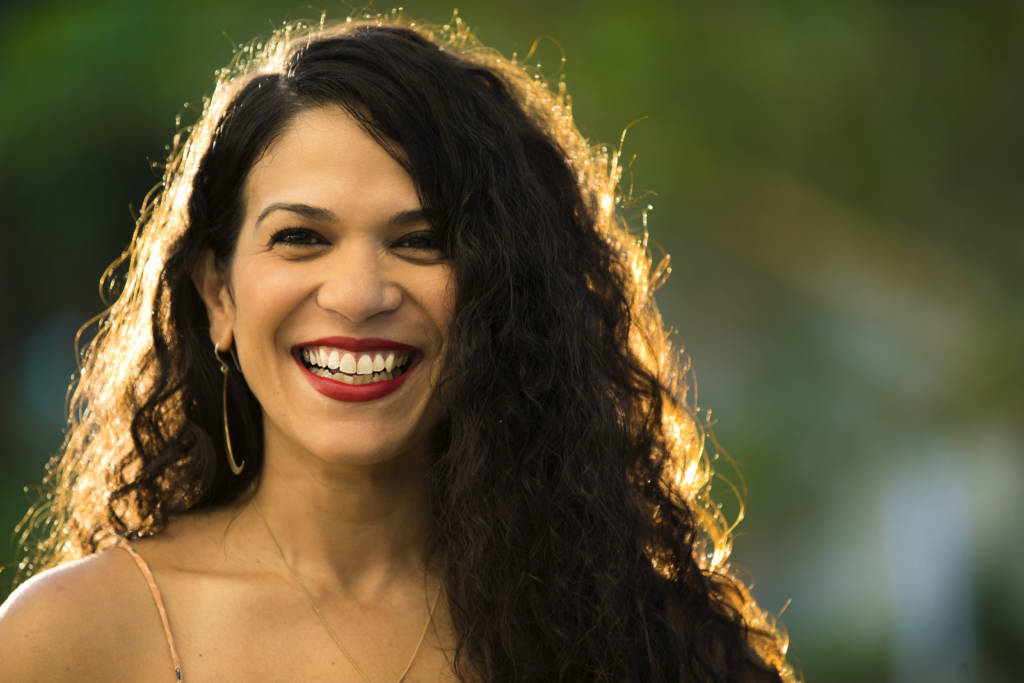 Also included in Issue 16 are THE COMMON’s characteristically diverse, place-centric short stories, essays, and poems, including work by: David Lehman, series editor for The Best American Poetry and Rhode Island Poet Laureate Tina Cane; as well as up-and-coming poets like Kristina Faust, winner of the 2018 DISQUIET Literary Prize for poetry. Mindy Misener’s debut story “Baby Was Not Fine” recounts a summer job, an act of violence, and the haunting actions we can’t take back. PEN/Robert J. Dau Debut Short Story Prize-winner Ben Shattuck’s story “The History of Sound” ruminates on the connections that grow from a shared love of music. In “Land Not Theirs,” Madison Davis reflects on her experiences growing up in, and growing out of, Black churches. Lisa Chen, winner of a 2018 Rona Jaffe Foundation Writer’s Award, explores Susan Sontag’s “Project for a Trip to China” and ruminates on the death of Chen’s estranged father.

The Common is co-sponsoring the events below with the Hampshire College Art Gallery:

AgitArte is an organization of working class artists and cultural organizers that creates projects and practices of cultural solidarity with grassroots struggles against oppression, and proposes alternatives for transforming our world.

Four members of AgitArte—Jorge Díaz Ortiz, Dey Hernández, Sugeily Rodríguez Lebrón, and Agustín Muñoz Ríos—will give a series of campus and community presentations, including Solidaridad y sobrevivencia para nuestra liberación / Solidarity and Survival for Our Liberation, a recent cantastoria created in the aftermath of Hurricane María, and End the Debt! Decolonize! Liberate! Scroll Project, a collaboratively produced, collectively experienced art object that visually unfurls a history of colonialism and resistance in Puerto Rico.

AgitArte’s residency takes place in conjunction with the installation The Museum of the Old Colony by artist Pablo Delano, on view in the Hampshire College Art Gallery until November 11.

An award-winning print and digital literary journal published biannually, The Common includes short stories, essays, poems, and images that embody a strong sense of place. The Common Online publishes original content weekly, including book reviews, interviews, personal essays, short dispatches, poetry, contributor recordings, and multimedia features. Based at Amherst College, the magazine is a joint venture between the College and The Common Foundation, a 501(c)(3) nonprofit. The Common also runs the Literary Publishing Internship at Amherst College, mentoring students in all aspects of literary publishing, and regularly hosts public programming.

ShareTweetEmailPrint
The Common Issue 16 Press Release10.19.2018
Get Our Newsletter