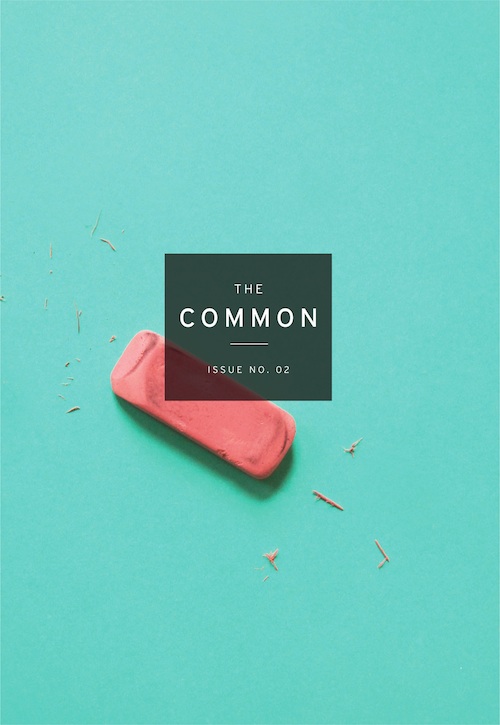 This summer, for the first time in my life of weather, I walked through a rainstorm: entered, endured, exited. All within one hundred yards of a smooth country road.

Other firsts: bearing out tornado warnings in the basement of Frost Library (twice); a moment of queasy lilting I assumed was in my head but turned out to be a Virginia-originated earthquake; battening hatches (drawing water, securing heavy items in the backyard) against a hurricane. To be truthful, I have experienced earthquakes and hurricanes before, but the former was in Guatemala, where such things are expected; the latter was in the foreign country of childhood in which parents are responsible for taping the windows, and I was allowed to dance in the driveway in my bathing suit in the warm wet eye of the storm.

From this northeastern summer of radical winds and earthshaking, the most potent afterimage is the eerie yellow-green light that suffused our town in the wake of the first tornado. A science fiction light, the hazy amphibian-colored aura that precedes alien invasion. I was relieved to discover at least one neighbor had noted it, too, or I might have thought it something as particular as a trick of the windows in our house, a filter created by the adhesive pollen or the tree leaves bunched outside the glass. Yet even when the phenomena had been confirmed, I felt so strongly about the uniqueness of my experience that when I told an Iowa-raised friend about the light, and he said he remembered it from the tornadoes of the farm, I was disappointed, even irritated. Weather, like geography, is shared, yet we resist too much universalization. My town, my weather. It happened to me.

Weather is so impersonal it’s what you can safely talk about your fundamentalist aunts, but the way a tornado plucks the roof off one house and leaves its neighbor untouched transforms wind from a force of nature into a personal moment. Such moments mold our sense of place. Where my husband and I walked under the smallest imaginable raincloud now has new meaning, a history I remember when I walk that stretch of road, almost every day.

In the September chapter of Verlyn Klinkenborg’s The Rural Life, the wind agitates a forest fire in the Bighorn Mountains: “What had been a narrow plume a few hours earlier was now an inverted pyramid of smoke, its source steadily broadening, its edges keenly incised by the wind in an otherwise perfectly blue sky.”  The smoke streams over the town of Big Horn and creates “a puzzling air of expectant idleness.” It’s impossible to do anything but watch the smoke, impossible to escape the fire’s reach. “Even when I wandered into full sunlight,” he writes, “the atmosphere possessed a new chromatic intensity.”

I’ve never seen a forest fire. I imagine panicked evacuees and heat flaming from the horizon. I imagine the fear clenched in the jaws of ranchers scanning their brown pastures through searing sun. This past summer in Texas was the hottest recorded in any state at any time since the U.S. began keeping records. Every day exhausted firefighters confront twenty new blazes. I imagine folks doing what they can to distract themselves, schoolboard meetings, watching movies in air conditioning, but the corner of one eye is always searching for rain. Dry minds spin with schemes to score water from the country to keep the trees alive. If only I could have pocketed our two-person July raincloud above the meadow and sent it FedEx; it could have watered a Texas town for a week.

Tracking smoke from a forest fire, ticking off the seconds between thunderclaps and lightning bolts, measuring the 0.05 inches of July rain in Bastrop, Texas, these are the moments when weather transcends “setting.” Weather becomes narrative; becomes character. This upgrade from background to foreground can extend, Charles Baxter argues, to that other too-often-unimaginative element of setting: objects. He begs forgiveness for “the appearance of whimsy of lunacy” in suggesting, in his essay  “Talking Forks,” that sentience is a quality possessed by some objects in fictional worlds. Instead providing an inert backdrop against which characters act, he asserts that “the objects and things surrounding fictional characters have the same status and energy as the characters themselves.” Objects are not limited to the dull task of reflection, he says, and their expressiveness is far from whimsical. Objects as subjects serve the important function of cutting humans down to size, reminding readers of the true scale of the world and returning to us a welcome and necessary regard for its immensity. Long live the talking fork!

Baxter concludes his essay on the inner life of objects by noting the apples that have been falling outside his window as he writes. “Before the sound of that impact, there is a breath, a swish, as the fruit drops through the branches and leaves. It is not a sigh, but it sounds like one.” The sound is unrelated to how he feels, yet he counts the drops (eighteen) anyway. Counting these sounds is like one-eyed scanning the sky for rain, as if the loosening apples were weather. For either wind or ripeness has made them fall.

If we can accept the observational and emotive power of objects (in fiction, at least), we can easily assert the fundamental energy and action of nature gardens, garden parties, octagonal houses, art deco houses, middlebrow London strip clubs, Kenyan matatus, and insane asylums—just a few of the many “settings” in the poems, essays, and stories in this issue. These places—structures of the handmade world where we live our lives, sometimes dreaming and reading about other lives in other worlds—speak to us in subtle, crucial ways.

It is hard to resist articulating, or at minimum searching for, a unifying theme for this second issue of The Common, especially when the architecture of the physical world leaps out as it does from these pages. But unification is not the point, far from it. Our goal is to publish the world in all its diversity and idiosyncrasy. To venture—leisurely and dreamily, or scuttling crab-like—through a cloudburst of rain and out the other side.

Jennifer Acker is the Editor in Chief of The Common. She has an MFA in fiction and literature from the Bennington Writing Seminars. She is a visiting lecturer at Amherst College, and in 2012-13 she was a Faculty Fellow at New York University Abu Dhabi.