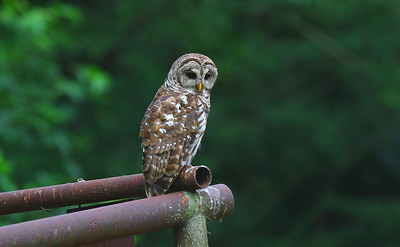 For days, doubt struck as does lightning
across the span of night. Illuminated that way,

how did we cross the river? One stone,
then another. The silence between us a keyhole

through which I peeked & found you teasing
off your robe. Love? If it exists,

it’s the uncertainty one feels before a thunderclap,
after the sky’s gone dark again. O prick

of hope—I am too numb. The stir of weaker
creatures seeking safety: from afar, one could

call it beautiful. Even if you can’t,
I recall those mornings, the dappled light

spat across my cheeks. When you disrobed
before the window, whose eyes did you hope to catch:

mine, or your own, reflected in the glass?
Before the owl swoops in & snatches it up,

before it’s dead, when a lone mouse hesitates,
then steps into the clearing, is that faith,

Jeremy Michael Clark‘s poems have appeared in The Southern Review, Poem-a-Day, West Branch, Poetry Northwest, and elsewhere. He received an MFA from Rutgers University-Newark. Born and raised in Louisville, Kentucky, he lives in Brooklyn.