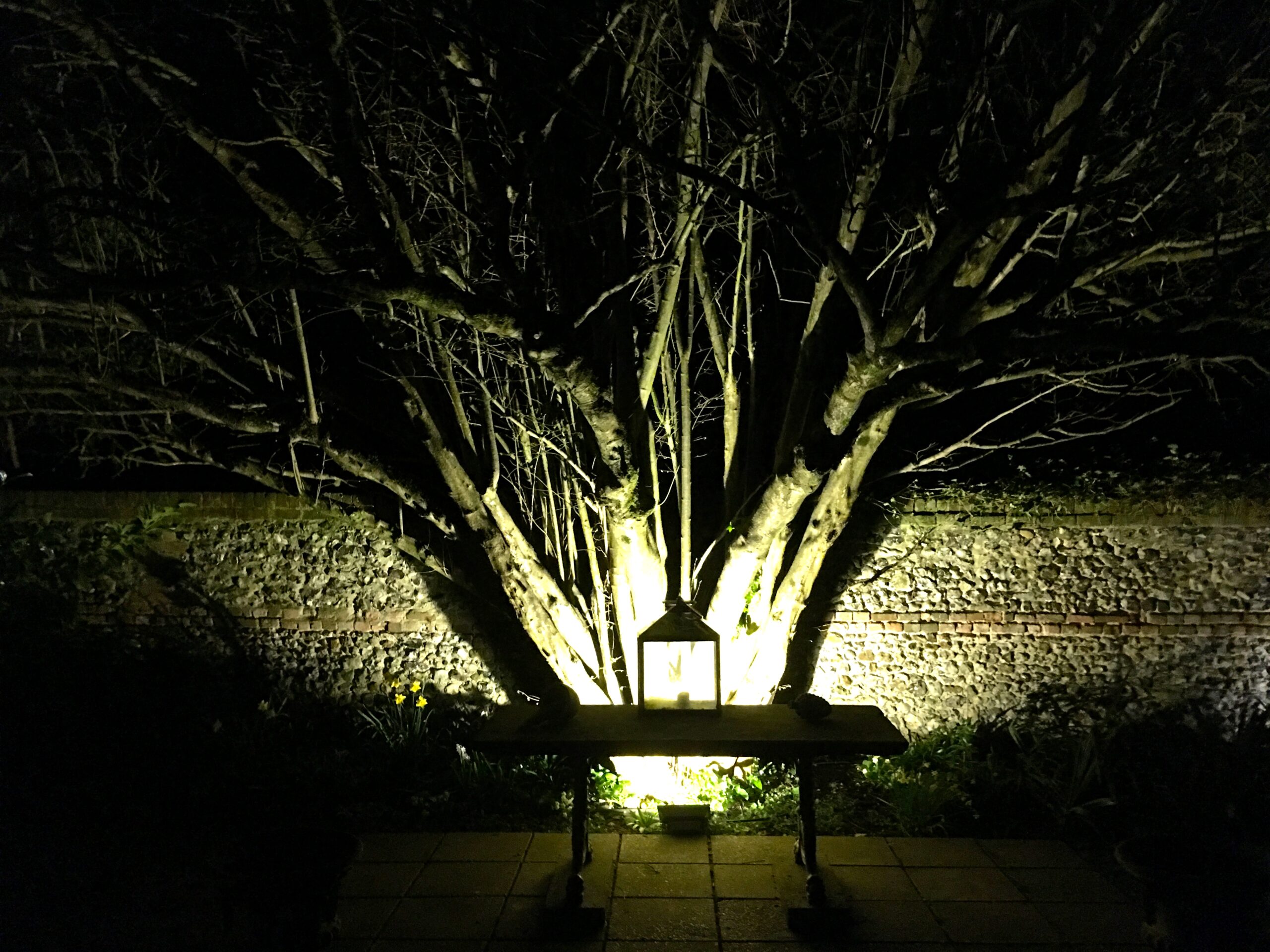 He shouted, “Come here, or else I’ll shoot you down.”

I went over to him, my mind preoccupied with an incomplete idea: Shall I let my main character’s father know that his son is gay?

The soldier’s slap greeted me, a strong, watery, and wonky slap. But I did not feel it. It did not hurt me, perhaps because I was reinforced with a great sense of irony and violent nonchalance toward these disabled creatures, so-called Occupation soldiers, and perhaps because I was preoccupied with the missing events of my novel that had made my days go crazy. “When I tell you to come, you better do it quickly.”

The last time I received a slap was forty years ago, from my father. I had refused his request to bring a carton of eggs from the grocer’s. I remember it perfectly. My father’s hand, in the salon, in front of the guests, had fallen on my face. I ran from him, closed the door behind me, and surrendered my soul to a great whirlpool of crying.

I stepped away from the soldier and walked toward home, but something inside me told me, when I passed the well-lit garden outside the distinguished building, to look at the Palestinian police officer. I caught his face while he stared at me. I panicked and froze in my place.

“Teacher, I’m sorry. I couldn’t do anything. Forgive me.”

Zuhair had been the most beautiful, kindest, and smartest of my students at Mahmoud Darwish Creative Club, the school where I still taught creative writing to children.

He had grown up, the short blond boy who had exhausted himself and the school library looking for books by Aziz Nesin, Samira Azzam, Ghassan Kanafani, Rashid Hussein, and Mahmoud Darwish. Now he’d become a policeman, slinking mysteriously around a well-lit garden outside an imposing building.

I couldn’t talk to Zuhair. I suddenly felt my hand on my cheek.

The pain from the Occupation soldier’s slap finally arrived.

Since the start of the school year, I have been on a laughter strike. I feel a pain in my face when I laugh.

I went to the neurologist, but he did not find a physical explanation for my condition. However, when he learned the story of Abdul Rahman, he shook his head and said, “Now I understand. You suffer from a disease called hyper-empathy syndrome.”

When Abdul Rahman, the student from Gaza, arrived at my school, he told me one sentence, after which I became a person who was unable to laugh: “Teacher, when I laugh, my face hurts.”

Abdul Rahman was a child in fourth grade. I caught sight of him by chance while I was bored, wandering the schoolyard. He was sitting alone in the corner, with his half-burned face and his eyes that did not believe anything that went on around him.

“Teacher, when the Israeli planes bombed our alley, I was then playing with Muhammed, my friend. Muhammed died, and I got my face burned.”

Abdul Rahman explained to me his story of the war more than a hundred times, with a childishly exhausting randomness. From his story, three facts persistently clung to me: the fire that ate half his face; his friend Muhammed, who died under the bombing; and the nurses’ kindness.

“Teacher, help me write my story of the war. They say that you write stories. I am good at writing. Just try me. What do you think, Teacher—call the book Me, Muhammed, and the War?”

Abdul Rahman drew also. He had made many drawings in Gaza and hung them on the walls of his neighborhood. I asked him once to draw. The roaring of tanks and the screaming of children in pain flowed from his creations. The headmaster and some teachers came to see, eagerly. Astonished by his talent, they embraced him.

“Every month, they jab me in Hadassah with a needle as long as your hand, Teacher, to lessen the burn, and after two months, I will have plastic surgery. My face will return to how it was before, Teacher. I will start laughing again and let you hear my laugh; Gaza and the West Bank will hear my laughter. Teacher, what is that on your nose, something red, what is it, a burn?”

In the library, Abdul Rahman danced to the rhythm of music, one hand playing an invisible guitar, and another hand feeling his face in fright. His eyes still not believing what was happening in the world. He suddenly said to the students, stealing from me the authority to ask questions and otherwise manage the class: “Guess what the story behind my dance is?”

The students spawned many fanciful stories, and I did so as well. But Abdul Rahman was disappointed in us and shouted angrily: “This is the story of the guitar that Muhammed and I used to play on. None of you know my and Muhammed’s story. We used to play on a guitar we got as a gift from a very blond man from abroad. Also, this is the story of my face that was burned by the plane fire. You would never know.”

My students no longer laughed in class. I told them, “Laughter hurts Abdul Rahman’s face. In solidarity with his pain, we will put the laughing on hold until the wounds in his face heal well.” My students agreed with that, deeply touched, then scrunched their foreheads, and stopped telling jokes. And if someone forgot and told a joke, the students would rush to the culprit to shut her or his mouth. As for me, I stopped making funny moves and reading funny stories about invented characters, like huge Khamis, who loved cabbage and once urinated on himself because a mouse gave him a scare.

“Teacher, can I have your phone? I want to ring Umm Muhammed. She loves to hear my voice. She always tells my mother in Gaza, ‘Let Abdul Rahman talk to me.’ Teacher, don’t get upset with me because I don’t laugh when you make us laugh. I don’t mean to. I love to laugh, but because my face got burned, when I laugh, my face hurts a lot. It starts to sting very much. Teacher, oh, Teacher, give me your phone. Seems like you are a skinflint. Teacher, you haven’t answered me about that red thing on your nose tip. Looks like an old burn, no?”

For my first lesson, which will begin in a little while, my students and I will receive Winter as a guest. We will sit him down in the first seat. We will put a heater next to him so that he does not get cold. Government schools have no heaters. To celebrate, we will hang colored balloons on the ceiling and blast songs, candles, and smiles. We will curse the summer—that season of hebetude, fires, and worms—in front of him. We will sing for him “Rain down, oh, world. Rain down,” and we may dance to entertain him. And before the bell rings, we will gather around him and ask him for a simple, small favor.

Winter will say: “Surely, give me your orders, for you have pleased my heart this morning.”

More confusion, more blindness to the fighter pilot. May he return to his base in despair.

“You’re not you. You are not schoolgirls. You are two birds who have disguised yourselves as fourth graders. Come on, confess. Where do you hide your wings, in the schoolbags, right?”

Passing me by, the two schoolgirls, whose names I do not know, laugh, surprised by the strangeness and magicality of my words. They laugh profusely right in front of my face, flutter their little hands, and proceed to school, flapping. I head to my school feeling like a god of fluttering and laughter.

After years of fluttering and laughing, the two disguised birds have grown up. The wings have grown long, and the horizon before them has become wider and furnished with more fear—my own words, however, are still the words of a child.

The two birds no longer laugh; their laughs have turned into terrified and cold grunts. And the road to school has become a path following the mother’s and teacher’s commandments. Their hands no longer flutter; the hands have become rulers made of wood.

But my strange words remain a stray child wandering the streets, hungry and exhausted, looking for the laughter of children and the flapping of their hands: searching for a new family to adopt.

Tomorrow, I will pass by two trees in the olive grove near my school, and I will tell them: “You are not you. You are the wet laughter of two frightened women disguised as trees in a grove.”

I would like to have a family of trees, too.

Ziad Khaddash was born in Jerusalem in 1964 and lives in the Jalazone refugee camp. His origins go back to Beit Nabala, the destroyed village located in the Jaffa district. He writes short stories and works as a creative writing teacher in public schools. To his creative credit, he has twelve short story collections. He is the recipient of the State Appreciation Award for The Waiter’s Error, published in 2005.

Amika Fendi was born in Syria and lives in Oslo. He writes in Arabic, English, and Norwegian. His texts have appeared in The Best Asian Short Stories 2019, The Ordinary Chaos of Being Human: Tales from Many Muslim Worlds, New Reader Magazine, Sukoon, and elsewhere. A refugee of war, he is currently writing a semiautobiographical novel in Norwegian. He works as a digital editor at Norway’s biggest publishing house. 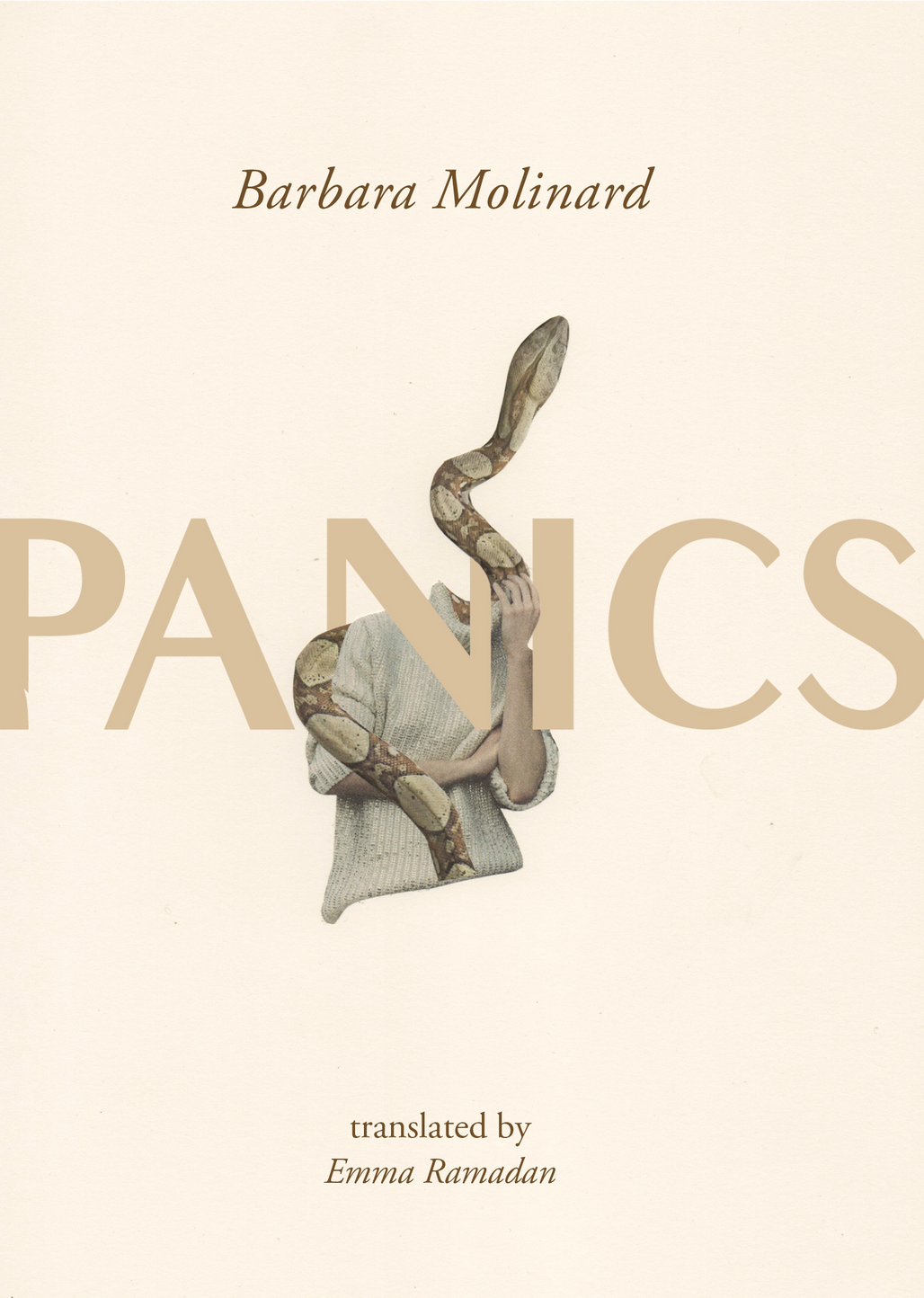 MÓNICA GOMERY
I’m a person who’s generally in love with the world, but it’s a complicated love, best embodied by the Hebrew word yirah, meaning both awe and fear. The two work in tandem––it’s the feeling of being filled to the brim with both wonder and heartbreak. 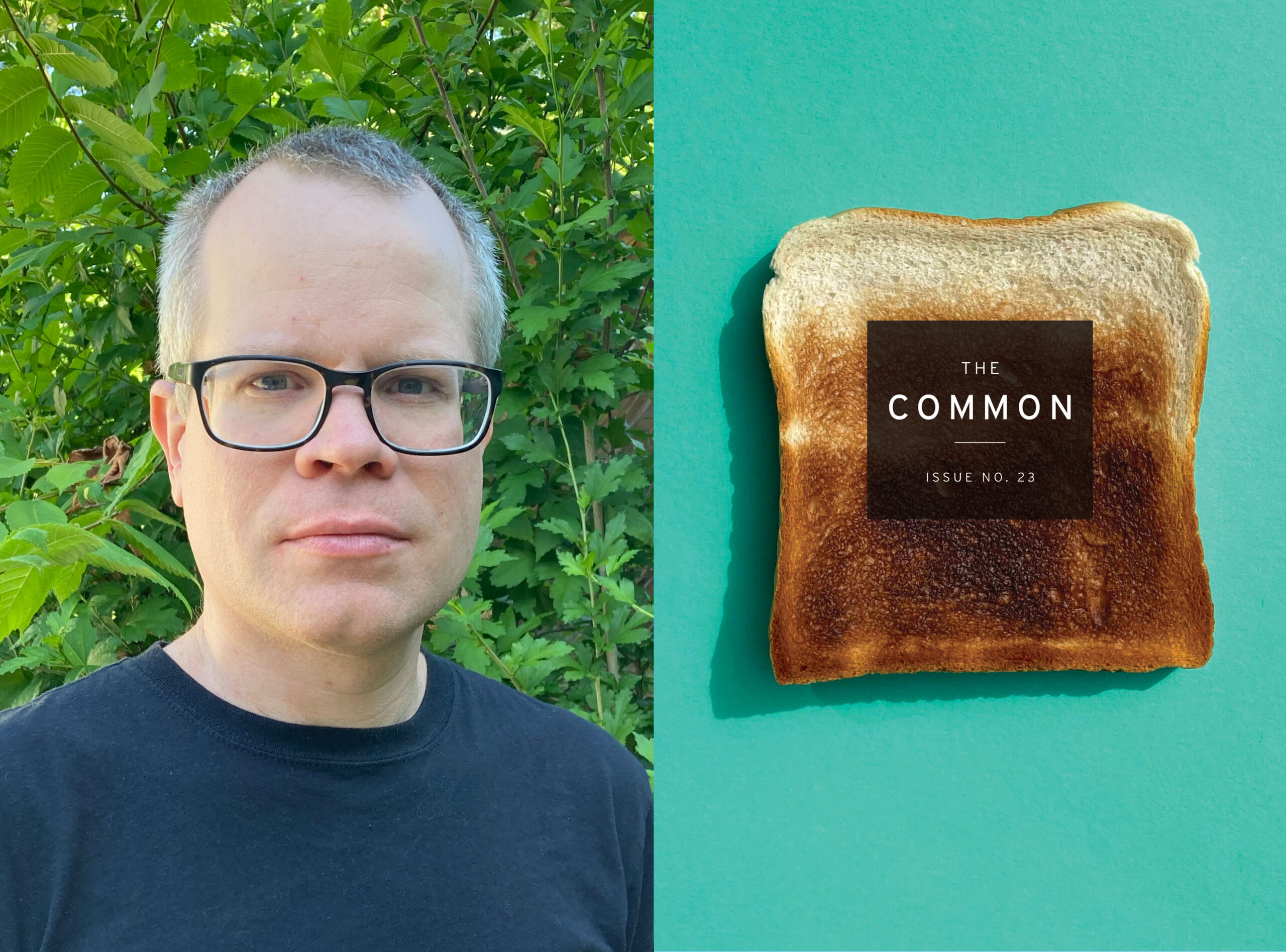