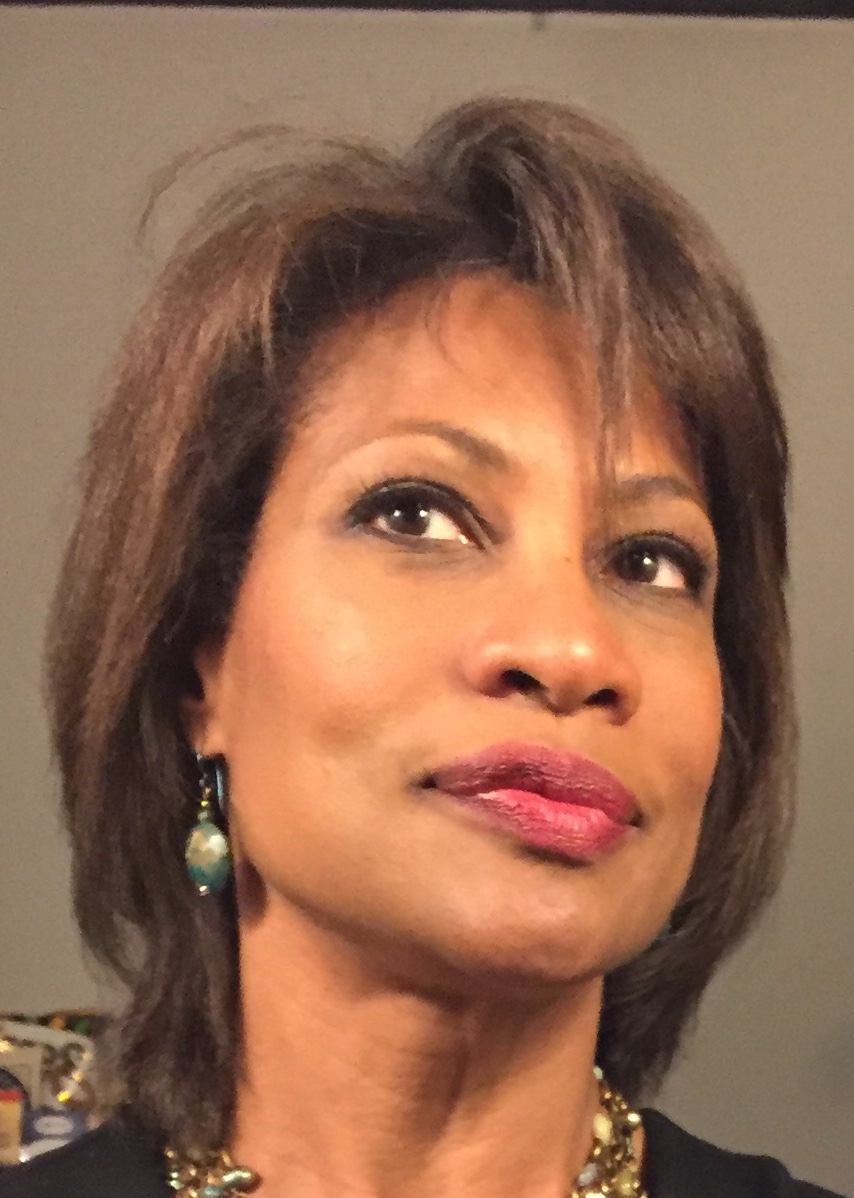 This interview is the seventh in a new series, Writers on Writing, which focuses on craft and process. The series is part of The Common’s 10th anniversary celebration.

Tanya Coke is a civil rights lawyer and writer. Her work has appeared in The Washington Post, The Root, and USA Today. She is currently working on a graphic novel about race and suburban motherhood.

Your essay “Brother Love” reads not only as a heartfelt meditation on how familial ties can be rekindled, but also as an intricate, personal account of your family history over time. How did you navigate weaving the personal with the historical? How did you determine which moments in your life to highlight in your narrative?

That’s a good question. I didn’t write an outline or give much thought to structure. For me, it was a little like reviewing the tape of a home movie and picking the most emotionally laden scenes in a story that traverses 40 years. Or maybe squinting at a landscape to make an impressionist painting and trying to capture the most vivid things in the frame. Like the moment when my father told my sisters and me that we had a nine-month-old brother. The moment when he first handed this scrawny baby to me. The way it made me feel both special and grown up when my father took me to jazz club with him, when I was 14. The look of grief on my brother’s face at 17, when he was a pallbearer at our dad’s funeral. Or the joy on his other dad’s face, when he danced to a brace of Indian drummers on Shawn’s wedding day. Those became the touchstones for the essay.

When revising a piece like “Brother Love,” what steps do you take to transform your first draft into a finished project? How do you decide what’s important to keep?

My first drafts are generally longer than what any journal or magazine would want to publish, so my task is often to cut 2,000 or more words. The two responses I generally get from editors on my non-fiction pieces are that we need fewer words, and we’d like more of you in the story, please. With “Brother Love,” The Common asked me to prune some passages about minor (but I thought colorful) characters and haunts, and to write more of my own thoughts, emotions, and reactions into the essay. I initially resisted because I thought the more interesting subjects were my crazy father, his hippie friends, and my mixed-race brother who grew up off the grid in the backwoods of Appalachia. But over time I’ve come to realize that compelling stories are ones with an emotional core, and that I need to tap that. So the revised essay became more about my coming to terms with my brother and forging a relationship with him.

What was it like to reacquaint yourself with old stories, photos, and memories in your process for writing “Brother Love?”

Honestly, it took some guts to write this story, because it required unearthing some family history that was painful for certain people, like my mother, and saying things that had been left unsaid or unacknowledged. And I had to tackle my guilt over ignoring my brother for his first 18 years. The essay was motivated by my need to apologize to him. The only interview I did for the essay was with my brother, to understand better how he processed the strange circumstances of his growing up and also his relationship with our father John. We both had a relationship with him, but we experienced him separately, never together. My brother also showed me an old Ektachrome slide of his parents in my father’s green dune buggy in the countryside of Jamaica, where they built a cabin in the mid-1970s. I’d seen versions of that photo 40 years ago, and it brought back a rush of memories of time I spent there as an adolescent. That became an orienting axis of the story, and it felt important to include the photo in the essay.

Do you typically enjoy performing interviews/research for essays like this?

To be honest, I’m not much of a researcher. I wrote a memoir some years ago, and initially felt like I needed to interview everyone involved. But I eventually realized that the project wasn’t a history, but a memoir about my experience of a set of unusual circumstances, and that I didn’t have to incorporate other people’s versions of the same events. Their stories will inevitably differ from mine, but that’s okay.

How has your previous work as a civil rights lawyer influenced your writing process? Has it influenced what you write about, for example, or how you view your own writing?

Most of my professional publications have been non-fiction articles and case studies about social and racial justice issues. I’m really a neophyte at creative writing, which I didn’t try until my late 40s. I think that writing as a lawyer—where you have to churn out briefs on short deadlines—made me unafraid and purposeful about putting words on a page. But the creative writing has been much more fun. I discovered, for example, that I love writing dialogue. And no footnotes! That’s the absolute best.

But I do think that the topics that interest me continue to be questions of race and belonging. I’ve just finished a short story about a teenage Black girl who is charged with a serious crime, and through a fortuity, is released from jail to a therapeutic boarding school for wealthy girls. I know from my years as a public defender that the standard response to the trauma of Black children is to criminalize them, whereas White children of financial means get psychotherapy. The question I wanted to explore in fiction was, what might happen if a poor Black kid ended up at a therapeutic facility for rich White girls?

It’s totally different and a lot of fun. First, there are just two or three sentences per page, and so you have to encapsulate an experience or observation in as few words as possible, whereas writing fiction is all about summoning detail in gorgeous metaphor. And one has to lean into humor and irony. I don’t think of myself as a funny person—I can’t tell a joke to save my life—but I am better at evoking humor on the page. I started out drawing panels one by one, and then a bestselling graphic novelist advised me to write the entirety of the text first, so that I can edit and don’t waste time drawing things that I might later cut. She also counseled me not to over-explain in my illustrations—to let the reader figure out some things on their own, which I realized is true of the best New Yorker cartoons.

And, I should add, similar to every editor I’ve encountered, she told me to put more of my emotional self into the story. In that respect, the project is a little bit like Roz Chast’s book about her aging parents, Can’t We Talk About Something More Pleasant? About me in a way, but more so about universal passages of life that are painful and messy and awkward, and therefore also worthy of humor.

What essays/stories/books have you read and enjoyed recently? Why?

Right now, I’m reading Douglas Stuart’s Shuggie Bain, which is so poignantly and beautifully rendered. I’m admiring how skillfully he writes in dialect. I am Jamaican by birth and currently writing a novel with a West Indian character; his book has inspired me to write more scenes in patois. And I love that Stuart won the Man Booker Prize as a first-time author. My book club recently read Yaa Gyasi’s Transcedent Kingdom, which I also loved. She captures perfectly the experience of being the only immigrant of color in a homogenous place in the heartland of the U.S., far from a metropolis like New York or LA where you can find others of your tribe. My family immigrated from Jamaica to central Ohio when I was small, at a time when there were few West Indians there, and so I really related to that experience of cultural isolation and yearning to belong.

What writing rituals or habits help you produce your best work?

I wish I had writing rituals. My great failing in life is a lack of regular routine and discipline—for either exercise or for writing. I have a busy day job, and so I write on the weekends or on my train commute to work. But inspiration has to strike, and months will go by when I don’t write anything. I’ve recently joined a writer’s group with two other women, which has been great because it makes me produce pages every two weeks. Sad to say for someone who lives in New Jersey, my optimal condition for writing is on a lounge chair with a view of the Caribbean Sea.

Who do you write for? What motivates you to write?

A work colleague once told me that I write best when I’m mad, which is generally what has compelled me to write essays on social justice topics. I’m in a phase where I’m shifting from writing as an advocate to writing for pleasure. My very favorite book on writing is Anne Lamott’s Bird by Bird, which is full of so much wisdom and hilarity. Lamott tells her students that writing is its own reward, and that it’s important to write because you want or need to, rather than with the goal of being published. I find I write most fluently when I’m trying to work out something emotionally—which was the case with “Brother Love” and also an unpublished memoir I wrote about several years of family trauma that followed my sister’s murder in 2013. In the case of a Washington Post essay I wrote about my daughter’s recovery from PTSD, it was out of a sense of love and admiration for her resilience, and also some melancholy, as she was turning 18 and preparing to leave home. I guess my truth is kind of a banal one, which is that the best writing comes from the heart.

Want to hear more from Tanya Coke? Check out her episode of The Common‘s podcast. 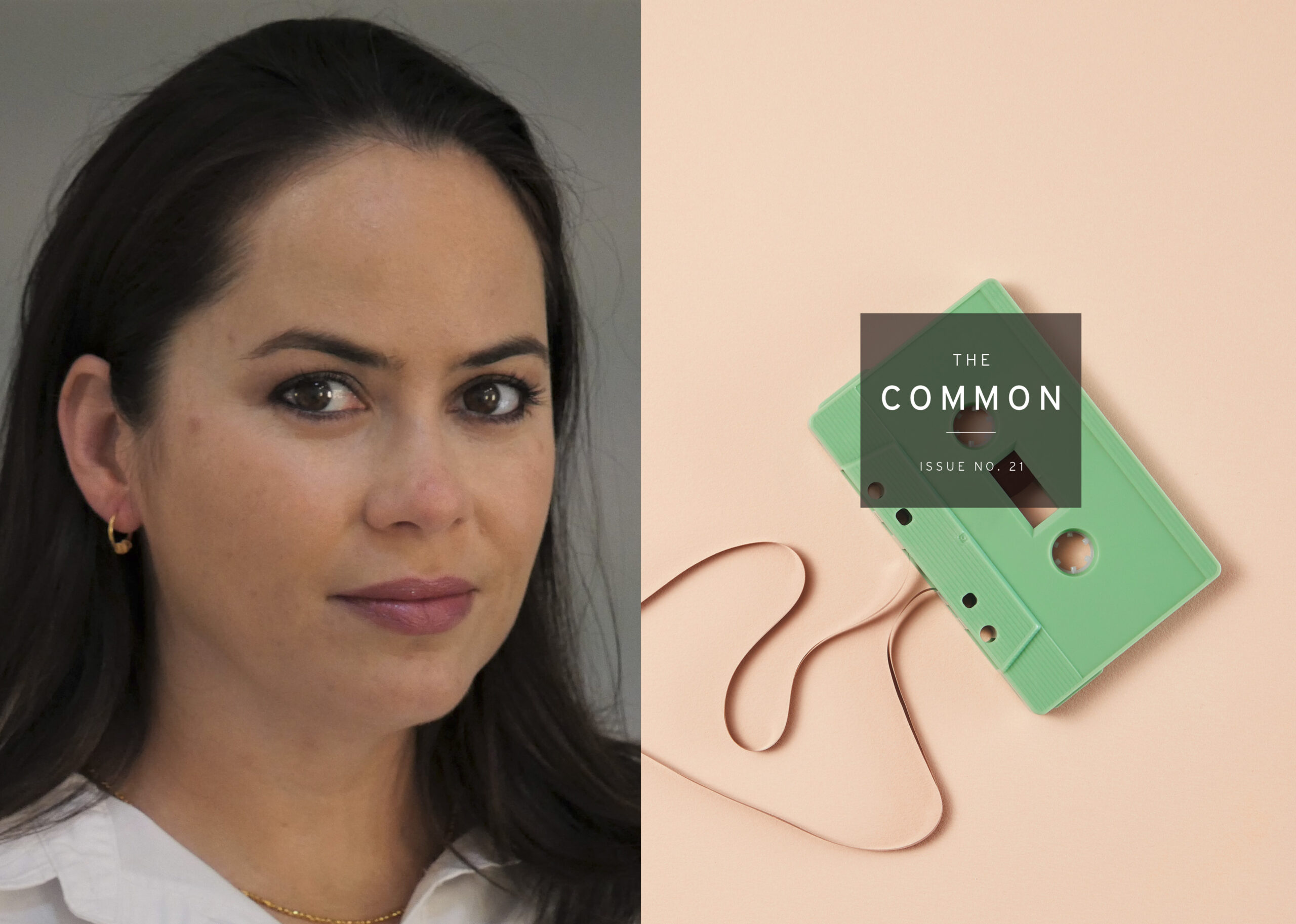 TALIA LAKSHMI KOLLURI
Talia Lakshmi Kolluri speaks to managing editor Emily Everett about her story “The Good Donkey,” which appears in The Common’s spring issue. In this conversation, Kolluri talks about writing fiction from the perspectives of different animals, and where the inspiration for those stories comes from.

BURLIN BARR
but the wolf tree was there and there was a place where // trophies hung: entire / bodies slung there in semi permanence // turning into everything / imaginable between a fresh body and shit and a variety // of trash; except Otis; he kept his right in front / of the house even

DARINA SIKMASHVILI
It’s only us two for the brunch shift. I met Layla at one of those mangled people meetings so we have a shorthand. She smokes needle-thin joints halfway into the day and half-asses her side work and I’m not bothered by any of it. We can share a silence.