Jennifer Acker is the founding editor of The Common, a new print journal based at Amherst College featuring literature and images with a strong sense of place. Her translations and essays have appeared in Harper’s, the San Francisco Chronicle, The New Inquiry, Publishers Weekly, Tottenville Review, and other publications. Her fiction has been published in journals such as Sonora Review, Dogwood, and Words & Images. Acker is a visiting lecturer at Amherst College. She holds an MFA in writing from Bennington College.

Katherine Hill‘s fiction has appeared or is forthcoming in n+1, AGNI, Colorado Review, The Common, Philadelphia Stories, and Word Riot. She is the winner of the Nelligan Prize for Short Fiction, the Marguerite McGlinn Prize for Fiction, and fellowship support from the Virginia Center for the Creative Arts. A staff writer at Wharton by day, she lives in Philadelphia and is at work on a novel. She holds an MFA in writing from Bennington College.

Rolf Potts has reported from over sixty countries for dozens of major venues, including National Geographic Traveler, The New Yorker, Outside, Slate.com, National Public Radio, and the Travel Channel. Rolf is perhaps best known for promoting the ethic of independent travel, and his book on the subject, Vagabonding, has been through thirteen printings and translated into several foreign languages. His newest book is Marco Polo Didn’t Go There. Rolf is the 2011-2012 ArtsEdge resident at the Kelly Writers House and is teaching a course at the University of Pennsylvania on travel writing and short fiction. He holds an MFA in writing from Bennington College.

Jamie-Lee Josselyn works at the Kelly Writers House, where she has coordinated the Writers House Fellows Program and other projects since 2005. She has taught creative nonfiction writing at St. Paul’s School’s Advanced Studies Program in Concord, New Hampshire, at the University of Pennsylvania, and in the Philadelphia public school system. Her writing has been published in The Sun, The Philadelphia Inquirer, LOST Magazine, in the six-word memoir anthology It All Changed in an Instant, and elsewhere. She holds an MFA in writing from Bennington College. 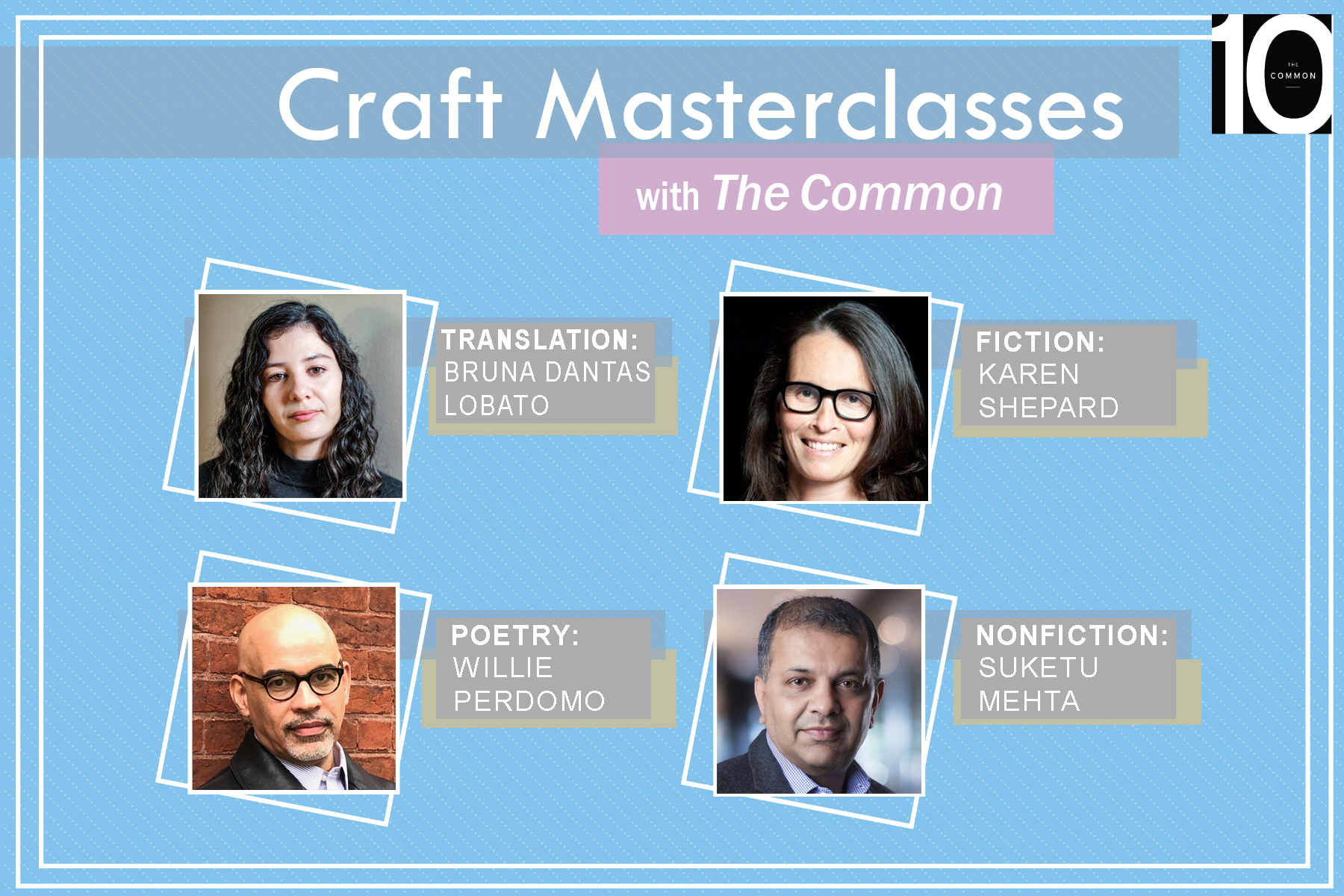 This year's LitFest was held virtually, with authors, poets, and literature lovers joining from all around the world. Editor in Chief Jennifer Acker hosted two readings at LitFest: one with The Common's student interns, and one with Amherst College alumni authors. Both events were recorded and can be watched below.