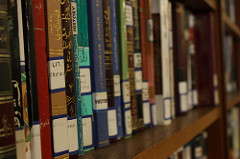 Scholars have since backed away from the question of “first-ness.” But in the postcolonial literary landscape of the twentieth century, the question was central. The old world was actively being boarded up, and Arabic literature given a new beginning on a Western model. The “first” Arabic novels, whatever they might be, were touted as major accomplishments, a step toward literary adulthood. Since this moment, Arabic prose has largely been judged not on its own terms, but on its ability to innovate Western forms. Seen through novel-shaped glasses, all the prose writing that came before 1900—by al-Jahiz, the great Iraqi prose stylist of the late eighth and early ninth centuries (CE), or the eleventh-century (CE) Andalusian Ibn Hazm—was some sort of ancient literary pre-history.

Poetry, perhaps because of its co-orality, maintained a life independent of the West. But modern Arabic prose was often judged solely against an American or European yardstick. In a 1988 review of Abdulrahman Munif’s seminal Cities of Salt, John Updike dismissed the Saudi writer as a “campfire explainer.” Updike wrote that, despite Munif’s studies in Europe, the author was “insufficiently Westernized to produce a narrative that feels much like what we call a novel[.]”

Positioning Arabic books as a “developing” younger sibling is a misapprehension that affects not just Western readers, but also Arab authors and institutions. When Mourid Barghouti accused some Arab authors of “writing for [Western] translation” in his I Was Born There, I Was Born Here, part of what he must’ve meant is subject matter: that Arab authors played on themes popular with Western audiences, such as individual liberation. But “writing for translation” also means writing by the rules of the Western novel, memoir, and short story.

This issue of The Common does have some work that is “sufficiently Westernized,” but most of it is not. To fully embrace the group of works within, we have to do what Updike did not. We must temporarily suspend not our judgment, but our referents. We must throw ourselves beyond gravity.

After all, Arabic prosedid not start “developing” in 1914. It lugs the weight of a fifteen-hundred-year tradition of digesting Western literary forms, as well as other traditions. Youssef Rakha’s great The Book of the Sultan’s Seal (2011), for instance, renews Arabic letters by kicking down the wall between classical and modern Arabic prose, assembling a “novel” from different classical literary forms. Rakha is also part of a loose group of writers who leave behind a more sterilized Modern Standard Arabic and draw from language that was once in high-literary use, but is now considered the “vulgar” province of the street. This is a project to which Mohamad Rabie, author of “Burdens,” also contributes.

But there is not just one form of innovation in contemporary Arabic literature(s). In the far West, Anis Arafai is one of Morocco’s most restless and imaginative short story writers. His “Minouche,” translated by Ruth Ahmedzai Kemp, is a weird, tender tale that has echoes of Morocco’s twentieth-century literary godfather, Muhammad Zafzaf. It shares a Zafzafian interest in the strange, the supernatural, and the marginalized.

Writers elsewhere shape their prose differently. In the Arab East, Muhammad Khudayyir has remained remarkably rooted in his native Basra, a city he depicts in his philosophical-fictional Basrayatha. While one Western reviewer called the book “genre-shattering,” it is less so when seen beside, for instance, The Epistle of Forgiveness, by al-Ma’ari (973–1057 CE), a text once thought to have influenced Dante. Here, in “The Hush Void,” translated by Elisabeth Jaquette, Khudayyir draws on a classical metaphysics that’s almost science fiction.

Just as Khudayyir’s language launches us into the impossible, Iraqi short story writer Hassan Blasim pulls us down into the all-too-possible. Blasim, who now lives in exile in Finland, has often said that he doesn’t believe in the beauty or sacredness of the Arabic language. Instead, he works with a somewhat blunted prose in order to describe the violence of the current Iraqi landscape. Nor does he craft the arc of a “proper” story—some of his short works end abruptly, or spiral out of control. The lack of polish is a challenge to Arabic writing, just as the lack of resolution is, in part, a challenge to the Western reader-consumer.

The world is different, again, inside the stories of the largely self-taught Zakaria Tamer, one of Syria’s leading literary figures, who now lives in London. The short story author’s work fuses together an orality and a poetry, grounding the reader in a fairy-tale imagination that is unafraid of poetic reverie, sarcasm, and even the plot twists of a “campfire explainer.” By contrast, young Syrian short story writer Rasha Abbas crafts an aesthetic that looks at contemporary Syrian lives through a lens that veers between wild dreamscape and harsh punk.

Fatima Al-Mazrouei comes, again, from a starkly different landscape. Born in Abu Dhabi, Al-Mazrouei is one of a number of young Emirati women writers working at new forms to connect with young readers. Her second-person stories graft a Gulf orality onto a more formal literary style.

No single anthology could extrapolate the full galaxy of contemporary Arabic literature, which is in a moment of wonderful, sometimes ugly, foment. Most of it is far less professionalized than Western writing, and authors continue to produce a tsunami of satiric short books, badly edited quickie novels, religious self-help, blog-to-book collections, brilliant literary experiments, Facebook stories, comix anthologies, and reams of poetry. No collection could offer an “accurate” picture of a tradition in such relentless motion.

Taken as a whole, this rich collection therefore offers neither totality nor impossible “firsts,” but a seductive variety of texts that stretch the boundaries of Arabic and world writing. It’s both a stepping stool and a peephole. The reader might mount the stool, squint one eye, and gaze out onto a kaleidoscope of works, plucked from across contemporary Arabic literature. Translator Samah Selim has said that she chooses to translate texts that “open up a space for thinking, dreaming, discovering, struggling in another territory than the one on which the reader stands.” This issue of The Common offers the reader just such a new place to stand.

M. Lynx Qualey is a journalist, independent scholar, and cultural activist. She edits the magazine Arabic Literature (in English).

Purchase your copy of Issue 11 here.