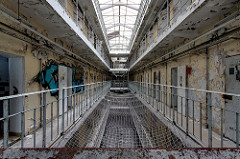 The Guard of Darkness
In the dark depths of this pit, I try to touch the light seeping in through the cracks. My hands clasp nothing but dust, while the silence carries its nightly promise of my everlasting confinement.

On the very first night, one thousand years ago, or… wait, why do we always begin our stories with the first night? There is absolutely no difference between what happened in that distant time and what is happening now. The same columns of men march beneath the sun’s rays in the afternoon’s scorching heat, the same tear-soaked supplications and hymns: “O God, make his grave a green pasture in the gardens of Paradise—don’t cast him into a burning pit of hell.” “O God, grant him a better spouse than the one he has, a better home, and better children.” “O God, forgive his sins and those of your faithful worshippers.”

And at the end of a long day, the sun succumbs to the darkness that descends over the place. Sometimes I can make out a little of what is going on outside through the few cracks in this dank hole. From here, every night I can see a brass-colored moon and the tall trees slapping it tirelessly with every heave of the wind. And in the center of the cemetery, weighed down by its inhabitants, the guard stands straight as a deity, and his shadow, cast far in the moonlight, blankets all the firmly shut graves.

During the day, no one could match this perfectly gentle and mild-mannered being. I see how he helps the family of the deceased as they lower their loved one into the grave. He rolls up his sleeves and piles up the cement, and, in an expression of utter humility and suffering, he walks them to the cemetery gate. There, he makes a great show of refusing the handful of dinars they offer him in return for the effort he exerted and the sympathy and courtesy he showed them. But no sooner does the burial ceremony end and the ground is smothered in gloom than the mythical creature begins to unleash his wild desires.

Here, the graves age and crumble under the footfalls of time; worms chew their residents silently, in harmony. It’s only this despicable being who stays the same. Years pass and no one outside knows what goes on in here; no one looks over from the other side of this darkness to see him drinking wine and then arrogantly, drunkenly pouring the dregs over our graves. Outside this world, no one hears him panting as he fucks prostitutes and ejaculates over every crevice of our graves, every which way, then urinates over our bodies with immense joy.

During those nights that imprisoned our voices and what was left of our decaying bodies, I don’t remember anyone visiting us. And I don’t recall a single night when this guard of silence abandoned his pleasures. The one thing I’ll always remember is that I was born at a certain point in time and that I would end up forever mired in this swamp of wine, urine, and sperm.

When they suddenly stormed his house, he thanked God that an hour ago he had set fire to everything he had written that was critical of them.

In the dark room, when the investigator punched him and spat in his face, he thanked God that his wife, his kids, his friends, and everyone who knew him couldn’t see what was happening.

When they tried to extract a confession from him, he thanked God for the paralysis that had struck his tongue since they had dragged him away.

In the numberless cell, they raped him, and he thanked God that they didn’t resort to the electric shock.

And when they tossed his corpse into the fridge crammed with dead bodies, he thanked God that the country still had room for more graves.

In the mirror, he notices some biological features he’s been fated with: two sideburns becoming overrun with grey, an exhausted complexion resigned to its shadows, the fine lines beneath his eyes, and his shriveled eyelids.

He never curses time, ever, except for that one moment this morning when he decided to polish his mirror.

The unmarried woman returns to her home after a long period of travel. She opens her window, and her eye falls on a great many other windows, all with their curtains drawn. They have been this way for twenty autumns or more, ever since the day a child from the building opposite spotted her with one of her callers.

The next day, the curtains of every window with a view of her bedroom had been closed.

“We can’t allow our children to see something that could lead them astray,” the people had said.

Now that the children have grown up to be tough parents themselves, the recently returned woman stands at her window, staring out at the wall of curtains. “Are they still pure?” she asks the surrounding silence. “Or has another unmarried woman led them astray while I was gone?”

Translated from the Arabic by Nashwa Gowanlock.

Khaled Sameh is a Jordanian author and journalist. He has published two short story collections, Escape Window and Endings Proposed. His third collection, It Remains a Secret, is forthcoming.