For me (and thousands of others), it’s not always easy being a Jets fan. Week in and week out, it’s virtually impossible to predict how they will perform. While this can make for exciting, come-from-behind wins, it can also be devastating. This unpredictability, plus the melancholy of being a Jets fan far from home probably explains why I’ve been thinking about Steve Almond’s quest for a sports bar in which to watch his beloved, and often unsuccessful, Oakland Raiders every Sunday. Now that I’m living in Massachusetts, I find myself doing the same thing: slouching on hard wooden stools, trying to keep my outbursts to a whisper because, for the most part, everyone around me hates—I mean, hates—the Jets. They may wonder why the one TV in the corner even has a game on that isn’t the Patriots. This is New England, after all.

It’s a strange pilgrimage, my gameday trips to the bar, but mostly because watching sports was something I used to do with my dad and sister, at home. It felt almost private, except for the special occasions when we would go to Yankee Stadium or Madison Square Garden and become fans among thousands, screaming our voices hoarse. When I was a kid, I didn’t pay much attention to football, but it was a fixture in my house on Sundays, as traditional as church. Sunday afternoons meant one thing: my dad cooking all afternoon with the game on in the next room and the volume turned loud.

For the first few years after college, I unintentionally adopted a similar ritual, reading manuscripts for work with the game on in the background. Now, as a grad student, I no longer have a TV, and I can honestly say that the only thing I truly miss about it is watching sports. The homebody feeling of Sundays in the fall has moved just out of reach—I either find myself sitting on the couch, listening to the game on the radio (not the same), or sitting in an uncomfortable public place, trying not to appear too into the game on the tiniest TV in the corner, which no one else is watching (definitely not the same).

Don’t get me wrong—watching big games at a sports bar can be way more fun than watching from home, but usually the fun is a result of the instant camaraderie of a bar full of people who are rooting for the same team. It’s a hall of mirrors: you see your emotions reflected in the people all around; you raise your voice along with dozens of others to protest a bad call. Being part of the crowd is almost as good as watching the game in person. 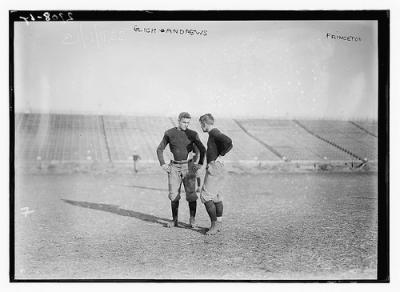 Bill Morris’ recent essay in the New York Times paints a vivid picture of “the first sports bar,” the Lindell A.C. in Detroit. “The Lindell A.C.’s burgers were out of this world, there were three television sets, and the place was always jumping,” he writes. But the thing that truly set the place apart was its location “a few blocks from Tiger Stadium,” in the heart of Detroit. “For more than a century,” Morris writes, “the city of Detroit has been driven by a pair of powerful but erratic engines: cars and sports. Detroiters are no strangers to the sorrows these engines can bring: layoffs, factory shutdowns, losing streaks, even winless seasons.” Being a sports fan in Detroit is not for the weak-willed; having a place like the Lindell A.C. is tantamount to having a support group and a second family, all in one. But this year, with the Tigers’ heading to the World Series for the second year in a row, it’s easy to imagine just how “jumping” the Lindell A.C. would have been. Either way, the appeal of a sports bar—any sports bar—is that fans don’t have to go through these highs and lows alone. Fans are a team of sorts, too.

This past summer, as Olympic fervor was building, Suhrith Parthasarathy wrote a piece for The Atlantic called “Why Being An Obsessed Soccer Fan Can Make You Really, Really Happy,” and he raises a fascinating point: not only can watching, say, Spain’s national soccer team at a bar in New York City cure a bout of homesickness, it creates a bond between fans of opposing teams as well.

At bars such as Smithfield where expatriates from different countries come together to watch the soccer, not only does a nationalistic craving help create ties between fans of the same team, but the tribalism at the root of the fandom is surpassed creating a unique festival-like-atmosphere, where fans from different teams mingle together and find a common ground.

And that is the strange paradox of sports: while on the one hand being a sports fan defines where you’re from and creates rivalries out of mere geography, sports are also the great equalizer—a common language, a uniting force.

The Olympics, of course, are the most obvious display of this paradox. Immense national pride is wrapped up in those young athletes, but the games are just as much—if not more so—a celebration of countries coming together and setting aside their political disagreements, whether on the track or in the pool or on the balance beam. The 1972 Munich Olympics were a stunning departure from the spirit of the games, and Kenny Moore, an Olympic marathoner in Munich, recognizes the fortieth anniversary of the terrorist attack in his personal essay in Runner’s World. “I left the ’72 Olympics cheated not only of a marathon medal and a Joyous Games but of lifelong innocence. In the desolation after the murder of 11 Israeli athletes, coaches, and referees by Palestinian terrorists, my gnawing grief forced me to a clear conclusion: I had been disinherited, cast out. The world I loved, a world of ideals and effort-driven brotherhood, lay in ashes, incinerated. I never wanted to go back to Munich.” But he did, and his moving account of the Games that year is a true homage to the history of the place.

Perhaps it’s sport’s role as a great potential unifier that makes tragedies like the ’72 Olympics, and even minor (in comparison) scandals in the field so devastating—the outside world creeping in on the safe, refereed playing field. And yet, by the same token, this collective force is what transforms playing and watching sports from simple leisure into something more meaningful. It’s always nicer to have home field advantage, or to watch from the comfort of your couch, but you can play or watch anywhere, and in so doing, create spontaneous communities.

Elizabeth Byrne is the Book Reviews Editor of The Common.

Photo from the Library of Congress

ShareTweetEmailPrint
2012 Elizabeth Byrne Essay Essays In House
A View from the Cheap Seats10.29.2012