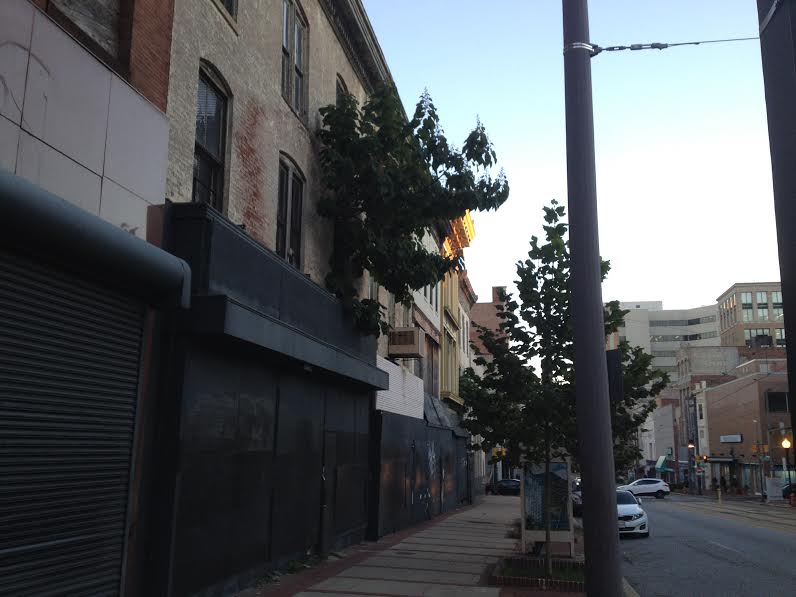 I keep wondering what is strange and what is merely unfamiliar—what is truly inexplicable and what I simply don’t yet understand. For instance, for months, airships from the Aberdeen Proving Ground have floated on the edge of the skyline—two fish-shaped blimps invisibly tethered to the ground, wobbling the way a balloon would travel if it were tied to a post and caught up in the wind. They belong to a military surveillance project being developed by Raytheon to scan the Eastern Seaboard for cruise missiles. For months, I told almost everyone I met about the airships, trying to shock someone, but they almost always shrugged. “I saw those,” they said. “I thought they were weather balloons.”

Then last week, one of airship’s tethers came loose and the machine flew off, drifted about 150 miles, and crashed down in field in Pennsylvania. On Raytheon’s website, the explanations about the project are still live. “Its actual name,” the website says, “is the Joint Land-Attack Cruise Missile Elevated Netted Sensor System—a real mouthful, even for the people who make the thing.” The sight of the airships, the website explains, should make us feel safe. “Another cool feature,” says the website. “Is that JLENS works with other air defense systems, like the AMRAAM air-to-air missile, the U.S. Navy’s Standard Missile-6, the U.S. Army’s Patriot air defense system, and the National Advanced Surface to Air Missile System.”

On clear days, I used to stop driving to take pictures, but the airships always faded into the background, twin specks swallowed up by the sky.

The threat of what is strange is not the fact that we don’t know but an anxiety about what we might not be able to know. A stranger scares us because our lack of knowledge about him makes his actions and motives unpredictable. An estranged person, on the other hand, proves that knowledge itself is unstable—that someone known intimately has become strange. What is unfamiliar is simply a state of not knowing, an innocuous and fixable gap in knowledge.

When I first moved to Baltimore, it was hard to notice anything but the large portions of the city that appeared to be abandoned. Potholed streets of boarded up row houses, strewn with trash and broken glass, plastic grocery bags drifting through the air, lay adjacent to almost every wealthy neighborhood. In the summer, when the weather was nice, families sat on their stoops in dilapidated neighborhoods that reminded me of ones I had seen in New Orleans, years after the storm, when people had grown accustomed to living between vacant houses marked with condemned notices. Within the city, neglect felt inescapable, although, in fact, just outside the city limits lay a sea of suburbs gleaming with subdivisions and office parks, a wall of sameness and familiarity encircling a void, like the smooth rim of dirt overlooking a crater.

In April, at the beginning of the unrest following Freddie Gray’s death in police custody, Ta-Nehisi Coates wrote in The Atlantic about what he saw as an unwillingness among the critics of this violence to know certain truths. He said that the circumstances of Gray’s death, for instance, could not have been wholly unknown to the police officers who were beside him in the van. He also thought that a mistrust of Baltimore police officers in some communities should not surprise anyone aware of the hundreds of recent Baltimore City court settlements paid to victims of police violence. His article concluded that violence was not wise but that wisdom was not always possible. The desire to act wisely, he seemed to suggest, requires faith in one’s ability to make himself known.

The roots of the words “strange” and “unfamiliar” both have to do with closeness. What is unfamiliar is anything outside of one’s family; what is strange is that which is external. “Extraneous” also comes from the same root as “strange,” but it contains almost none of its mystery or urgency. What is “extraneous” threatens only in the slow annoyance of what is extra, redundant, left over.

On Howard Street, not far from Lexington Market, there is a block of elegant and empty storefronts with filigreed stone trim. Most of the street-level glass has been covered with black painted wood and many of the second story windows are boarded with sheets of water-stained plywood, but if you’re driving by quickly, it’s not immediately obvious that this block has been abandoned. A light rail station and modern-looking glass and aluminum buildings sit close by; new saplings have been staked along the sidewalk, and a digital meter marks time for a line of parked cars. Large letters cut from butcher paper have been pasted inside one of the storefronts with fat pieces of tape that look like stitches. The letters spell “transform,” though it’s not clear to me if the word is an advertisement or a political statement, a new message or one that is very old. At a glance, this street looks ordinary, and then, you notice the trees growing from within one of these buildings, reaching sideways through the windows and out toward the light. They look like accidents surviving against the odds and also like magic. Trees should not be able to survive inside abandoned buildings without water, daylight, soil, though I want them to grow this way. After seeing this building, I begin dreaming the way a kid would dream, imagining it’s possible to wake up one morning with a rainforest growing inside my bedroom. I want to tell people about the new mystery, but the very first person has an answer: the building, she says, is probably not a building but a giant wall overlooking an empty lot of trees. It’s a good explanation—the one that makes the most sense—but I don’t make myself go back and look.

Marian Crotty is an Associate Editor for The Common.

ShareTweetEmailPrint
2015 Essay Essays In House Marian Crotty
After a Year in Baltimore11.07.2015