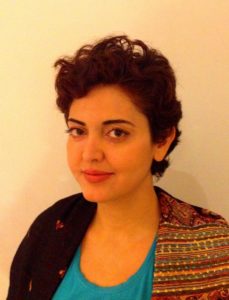 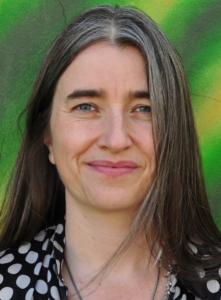 Syrian journalist and writer of short stories, Rasha Abbas (top), currently based in Stuttgart, Germany, will be speaking about the emergence of new voices and about changes in the language, topics and platforms of expression in Arabic Literature after the Arab Spring. She will also discuss how such factors changed the landscape of Arabic Literature in translation during this period.

Translator, writer, editor and researcher, Alice Guthrie (bottom), will discuss her translations of contemporary Arabic slangs and dialects. She will explore the significance of writing in non-traditional ways during times of uprising and revolution. As well as Rasha’s work, she will refer to her translations of Zaher Omareen’s tales from Hama, Syria: oral histories of the massacres as passed down in his family, written entirely in Hamawi dialect.

Refreshments will follow. Free and open to the public.

Rasha Abbas is a Syrian journalist and writer of short stories, currently based in Stuttgart, Germany. In 2008 she published her first collection, Adam Hates the Television, and was awarded a prize at the Damascus Capital of Arab Culture festival. In 2013 she co-wrote the script for a short film, Happiness and Bliss, and in 2014 she contributed, both as a writer and as a translator, to Syria Speaks: Art and Culture from the Frontline, published by Saqi Books. She is currently completing her second short story collection, The Gist of It. Her work will be featured in a forthcoming issue of The Common.
Alice Guthrie is a translator, writer, editor and researcher working in Arabic, Spanish, French, and English. Her translations of Syrian, Palestinian, Moroccan, Iraqi, Egyptian, Sudanese, and Saudi literary works have been published by various UK and US presses and venues. Recent literary publications include sections of The Book of Gaza (Comma Press) and Syria Speaks: Art and Culture from the Frontline (Saqi), and she is currently editing translated novels for London’s Darf Press. She has full-length collections forthcoming of both Rasha Abbas and Zaher Omareen’s short fiction, and was one of the 2014-15 ALTA Fellows. Her translation of Zaher Omareen’s story “Milk” was featured in a recent issue of the Massachusetts Review.

Sponsored by the Five College Arabic Initiative, the Tagliabue Fund and the Middle East Studies & Student Association at Amherst College.

ShareTweetEmailPrint
2015 Events
Arabic Literature in Translation After the Arab Spring11.09.2015