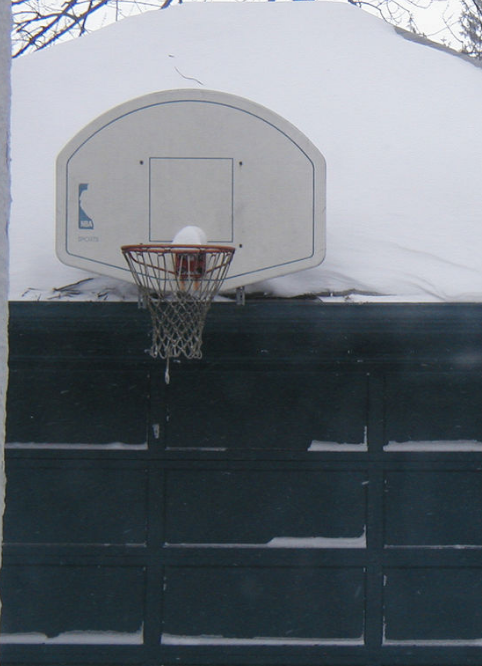 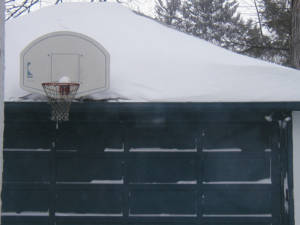 Three of them are shooting hoops in the echo chamber between our house and the neighbor’s, close clapboard and winter-washed cedars walling in the narrow driveway. Someone is the swaggering smuggler of an enormous speaker, and the bass ricochets off the concrete. There’s a wife-beater, boom box vibe even though it’s Spotify. In my small-town childhood only boys without cars had boom boxes, and they slunk down Main Street blasting Metal to distortion, trailing smoke, projecting danger. The boys at the boarding school up the hill, ravaged stoners, were less aggressive but more alienated.

The rapper strains like there’s a wire around his throat. First-person mythology. A complex language of expletives tantalizingly off-limits to white boys. The white boys in my driveway feel ardently that these are their stories, and their voices are too loud, blistered with laughter, childhood a stuffy room they’ve been pent up in. The volume is cranked as high as it feels to be fifteen: It’s hard out there for a pimp, comes the chorus. Pop songs are date-stamps. I find, strangely, that I’m simultaneously offended and sentimental.

I’m also stressed about the neighbors, which makes me feel like I’m playing mother. It’s nine o’clock and I’m on edge about what my grandfather would call “dock language.” Why do I think of my grandfather? Music made him cry. It takes me a long beat, every time, to get past bitches and hos, even though I was fifteen once, wild on the inside, or so I felt, unlike my son and his friends, whose wildness must be turned outward. “Why are you hating on us, Mrs. Allio?”

“Just tune it down,” I say. Or “Tone it down.” My mother used the phrases interchangeably when I got too fixated, too intense about friendship, which was my version of loud music. Time re-patterns itself. Motherhood multiplies my perspective: I am my mother. I’m my sons, their friends, the neighbors who wish they’d never given us that basketball hoop right in the ear of their kitchen. I’m fifteen, I cross Main Street to avoid predators with raw knuckles gripping boom box handles, I drop out of school, goodbye fierce wraiths, Jeff Buckleys and Kurt Cobains, last century’s 9s all turn to zeros and I give birth to my first child—

That child and his friends head out into the night, lured toward sneaker stores and fortune tellers on the shopping street, stirring up wind in their wake. They’re on the prowl and there’s no place for their wildness, lewdness, loudness. My younger son watches at the window. He’s lately been deserted. We stand there together till their hot tail whips left onto the cross street.

He wants to wait up for the teenagers, the little brother. Luckily they’re back in an hour: more restlessness than prowl. The birthday boy has apparently forgotten his house key—he’s killing the doorbell as if he were playing Madison Square Garden. Or Lupo’s Heartbreak Hotel, which is where they go in Providence. What did they find out there? “It was boring.” They hunted candy at CVS, paid a lady to look at their palms, took the party flyers handed out by goons with recessed gazes.

But anything is possible. All of a sudden I realize I feel for everyone, or motherhood does. And it comes to me: motherhood enacts everyone’s stories, absorbs the ruckus, the slights, defeats, tentative joys and unbridgeable sorrows.

Kirstin Allio is the author of a short-story collection, Clothed Female Figure (Dzanc), and a novel, Garner (Coffee House), a finalist for the LA Times Book Prize for First Fiction. Honors include the National Book Foundation’s 5 Under 35 Award, a PEN/O. Henry Prize, and fellowships from Brown University’s Howard Foundation and the MacDowell Colony. Her fiction, essays, and poems appear most recently in AGNI, The Southern Review, Seneca Review, and Conjunctions, and forthcoming from Prairie Schooner and Fence. She lives in Providence, RI.

Fiction by Kirstin Allio will be appearing in Issue 14.