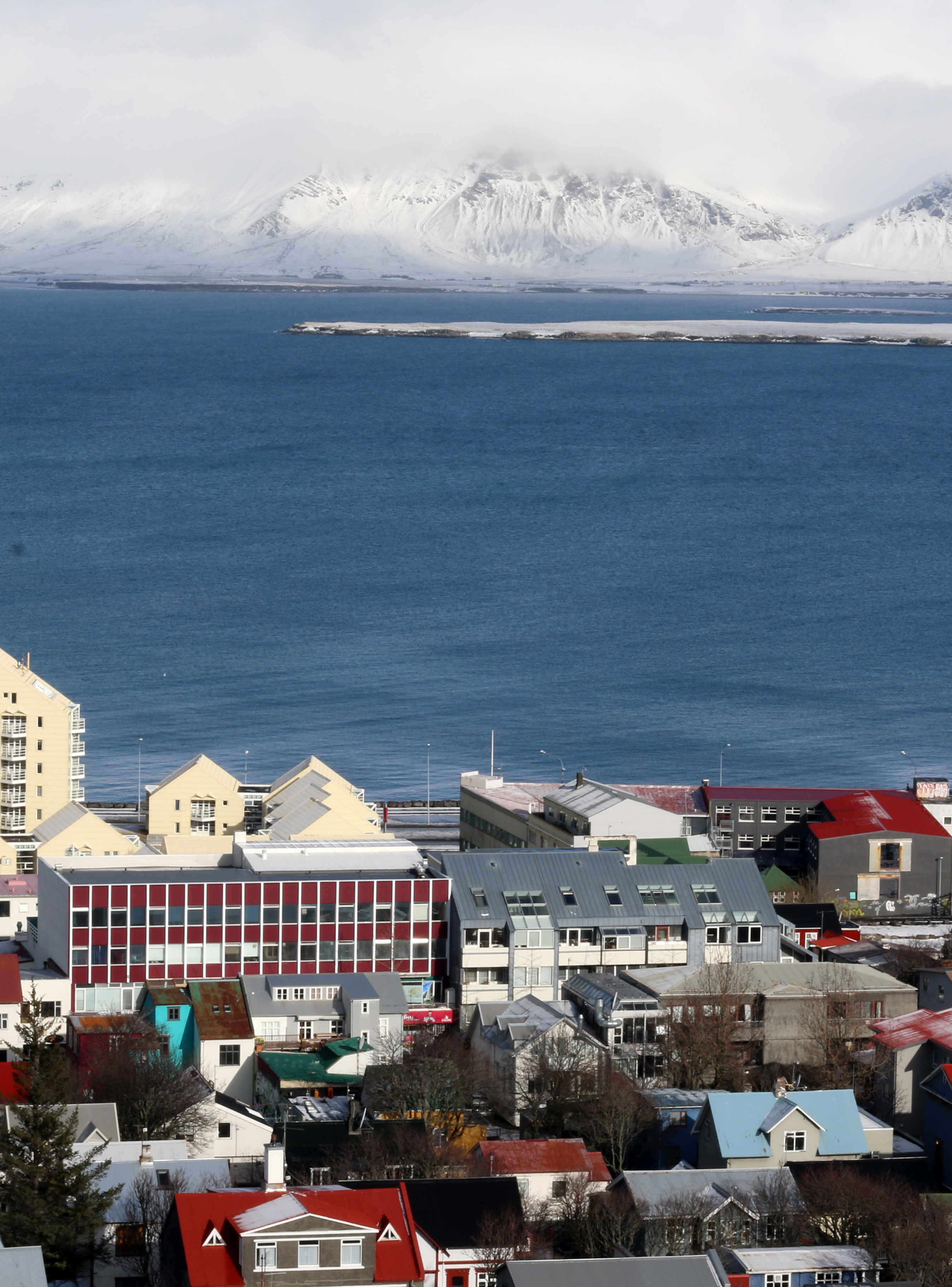 The most striking physical features of this city/town are . . . its close proximity to the sea and mountains

The stereotype of the people who live here and what this stereotype misses . . .
No doubt there are several stereotypes of the Icelanders, but one is that they are endearingly kooky and believe in elves. Like with most stereotypes there is a kernel of truth in this, in that many Icelandic folk legends center around hidden people, also called elves, that lived inside hillocks and boulders in a parallel universe to the human population. The lives of these hidden beings were always infinitely better than those of the mortals – they had luxurious homes and opulent garments, and were powerful in the way the humans were not. Scholars today view these tales as the Prozac of the day—a way for the Icelanders of old to survive the incredibly harsh circumstances by which they lived. Many elf stories, for example, are about hidden folk abducting mortal children and raising them in the elf world. These stories were likely a way for parents whose children had gone missing, or died, to cope with their grief – telling themselves that their children, instead of having died, were living happy lives with the elves. The common depiction in the foreign media is that the “eccentric” Icelanders still subscribe to this myth and that it makes up a significant part of their lives. This is very far from the truth and completely misses the profound cultural significance of this old folk belief.

Historical context in broad strokes and the moments in which you feel this history. . .
When Iceland’s first settler, Ingólfur Arnarson, sailed over from Norway, he threw his two high seat pillars overboard as he approached land, and vowed to settle wherever they washed ashore. His slaves then searched the coastline until they found them. On that site they also discovered what appeared to be smoke rising from the ground, and Ingólfur therefore named his new home “Reykjavík,” meaning “Smoky Bay.” That “smoke” was actually geothermal heat rising from the ground, and today it plays a major role in our lives, heating everything from our homes to our numerous open-air swimming pools, of which there is one in every neighborhood of the city.

Common jobs and industries and the effect on the town/city’s personality. . .
In the years following the eruption of Eyjafjallajökull in 2010, tourism exploded in Iceland. This has meant an influx of foreigners, who have largely come to work in the tourism industry. Currently around thirteen percent of the Icelandic labor force is foreign, and this has had a major impact on our city. It is rare for Icelanders to be able to speak their own language when placing orders in restaurants or cafés, for example. English has become the lingua franca of Iceland, and many people worry about the future of the Icelandic language.

Local political debates frequently seem to center on . . .
Public transport. Greater Reykjavík has a population of around 200,000 and covers a significant area of land. In the last few decades the emphasis has all been on facilitating the movement of private vehicles, rather than on public transport. Residents of Reykjavík, and Iceland in general, are highly dependent on their cars, and traffic is becoming a big problem in the city. Not only due to congestion, but also because many people use studded tires in the winter, which tears up the asphalt and creates pollution that exceeds health safety levels many times a year. Locals and politicians are waking up to the fact that a better transport system is urgently needed, but not everyone agrees on the best way forward – no pun intended.

Alda Sigmundsdóttir is a writer and journalist, and the author of ten books about Iceland, two of which will be published in November 2019. She grew up in Ontario, Canada and now lives in Reykjavík.