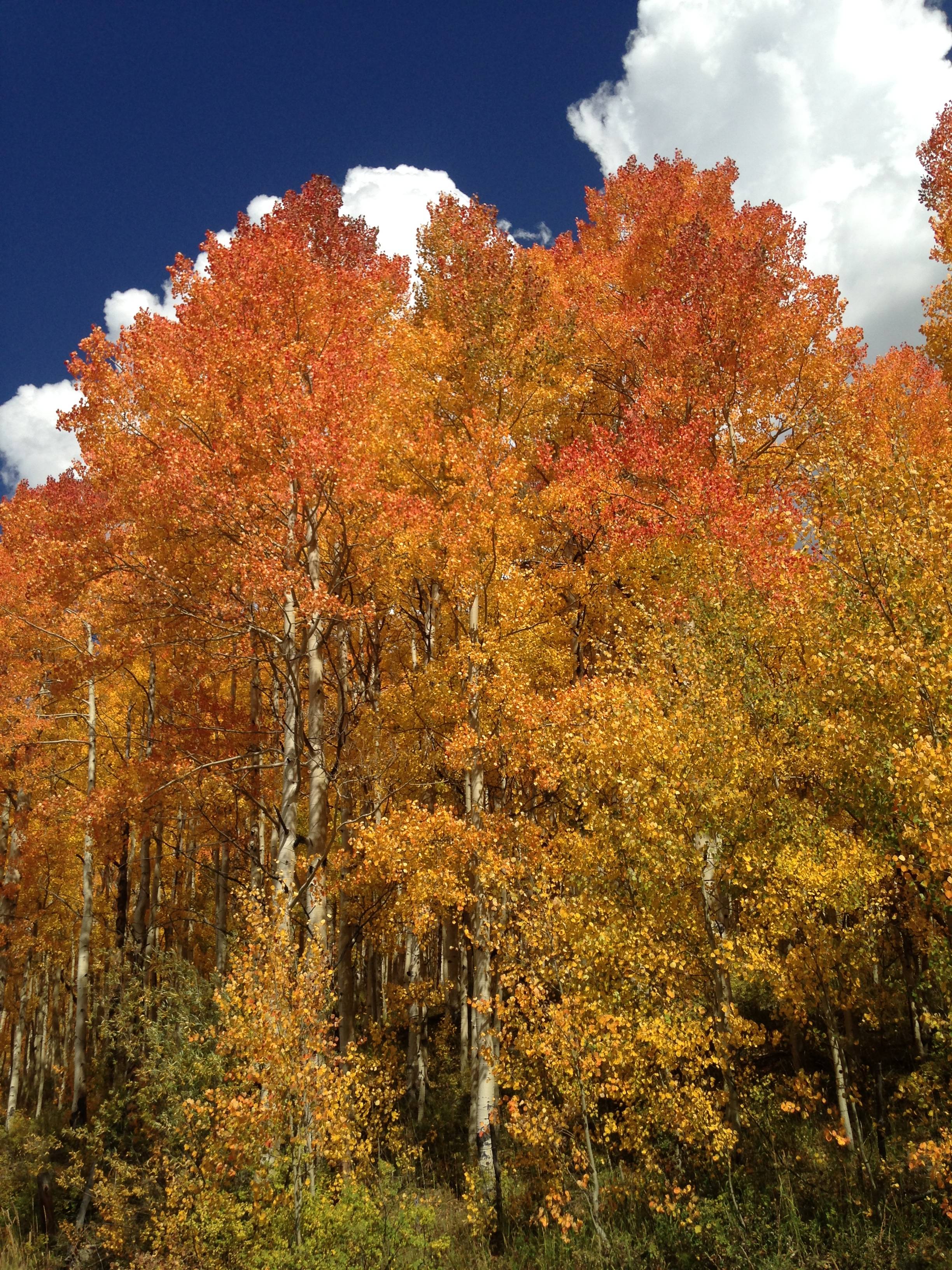 Your name: Elizabyth A. Hiscox

How long have you lived here: Four years (not yet a local by local standards)

Best time of year to visit? Pick your outdoor poison/potion and it can be a year-round spot. Fall is great for the Aspens. The world’s largest grove is forty minutes away. Winter is for snow sports. The nearby ski-town of Crested Butte is the main reason our two-gate airport (though I’ve only ever seen one in use) exists. Avoid Gunnison in Winter if you can’t hang with up to two weeks below negative twenty degrees. Not twenty degrees, negative twenty. It happens every year and many choose to avoid or flee the area in February. Summer is great for wildflowers with loads of raw color erupting. Having lived in the desert for years it is akin to that kind of bloom: brief and breathtaking. Spring does not exist. Winter and summer sit side by side.

1. The most striking physical features of this city/town are . . . The town IS the surround. There’s isolation, outdoors, and quiet. Walk ten minutes any direction and you’re out of town. The geological and the natural orients, not the architectural (“over by Hartman Rocks,” “Head toward Signal Peak”).

Gunnison sits in a valley high in the Rocky Mountains—at 7,703 feet it’s about two thousand feet above Colorado’s capital, “The Mile High City” of Denver. The bottoms are heights. We get to claim a cold sink that had us as the coldest place in the lower forty-eight a few years ago. So, colder than most people have ever been in winter, but sunny. It is like a Venn diagram of previous lives in Phoenix and Michigan. Long-term snow plus incessant sun.

At the top of the watershed, rivers and the grasslands are pristine. Grass is sold to Japan for Kobe beef. The pristine is political too!

2. Historical context in broad strokes and the moments in which you feel this history. . . This was Wild West. Butch Cassidy and Sundance Kid country—a plaque in an area eatery claims one escaped out the back as the law was coming in the front. Romance for that ruthless time is strong.

Way-back history is here, too, and I wish it were more celebrated. On top of what is referred to as “W” Mountain is an archaeological site dating back 10,000 years. People here for 10,000 years! The Mountain Folsom—an indigenous tribe—were using food vessels and making arrow points that are sifted today.

First Homecoming: the collegiate letter on “W” Mountain was lit on fire and horses—spooked—broke free down main street. My useless self and ancient-cattle-herding-breed Swedish Vallhund gaped as those of our species’ (Border Collies included) spontaneously corralled the horses in the local rodeo grounds. Wow! History alive! My question: we lit an archeological site on fire?

3. Local politics and debates frequently seem to center on . . . Land.

Housing is a crisis. No nearby communities help bear the burden of a cost of living that rivals Monterey, California. The rental situation apes Manhattan: way too many in small studios, for example. Ironic in open spaces.

There’s also public lands. Look at a map with the Bureau of Land Management, National and State Parks marked in green and Gunnison floats in a wide sea. How visitors and locals access, use, and abuse those lands is often a topic. Full trails, trash, and satellite television cranked loud in wilderness areas ignite editorials. Visitors come to hunt and fish—those sports regulations cause periodic ruckuses in the local paper. A paper, by-the-way, that comes out once a week and often includes letters to the editor from out-of-towners who loved or hated their stay. Also, less political, the classifieds include such fare as “one women’s boot lost outside credit union.” It is “found poem” paradise.

4. Local/regional vocabulary or food? For vocabulary: “Fourteeners” springs to mind. There are multiple fourteen-thousand-foot peaks in the area and folks talk about summiting (noun-turned-verb here) and referring to them as intimates.

Food: When I first moved here, after living in a couple of foodie-strongholds, I was bummed about the only once-a-week sushi—chefs come down on Wednesdays from the nearest resort town—but, it was damn good. So, I made homemade caviar from a trout caught; savored local game meats a colleague gifted; had a line on yak meat, and found out that resort town employed most of our twenty-something students as servers. I learned the concept of “shoulder season” and that all those good restaurants forty minutes away will lay-off everyone between the summer and winter rush. The town’s personality is manic/depressive, but not at one time: skiers mourn the snow pack; mountain climbers bliss out on dry grips. Servers float.

5. Common jobs and industries and the effect on the town/city’s personality. . . Western State Colorado University, ranching, and tourism are the big three.

Ranching made this area, and the pride is still strong. But, try to buy local beef—only outsiders can afford it.

I’m a poet. The university is why I’m here. Why many are still here. What an idyllic setting to avidly invest in your chosen field while taking a break to soak up the the vast and incomprehensible (the university being its own brand of vast and incomprehensible)? They came to study and stayed. Campus also allows cheap labor for the set who come to check out what Powder Magazine voted the best ski town in North America 2013 (nearby Crested Butte). World record, also, for the most simultaneously skiing Santa Clauses. Whimsy isn’t beside the point.

Elizabyth A. Hiscox is the author of the poetry collection Reassurance in Negative Space(Word Galaxy, 2017), teaches creative writing and serves as Director of the Contemporary Writer Series at WSCU, and is incoming Editor-in-Chief for Western Press Books. 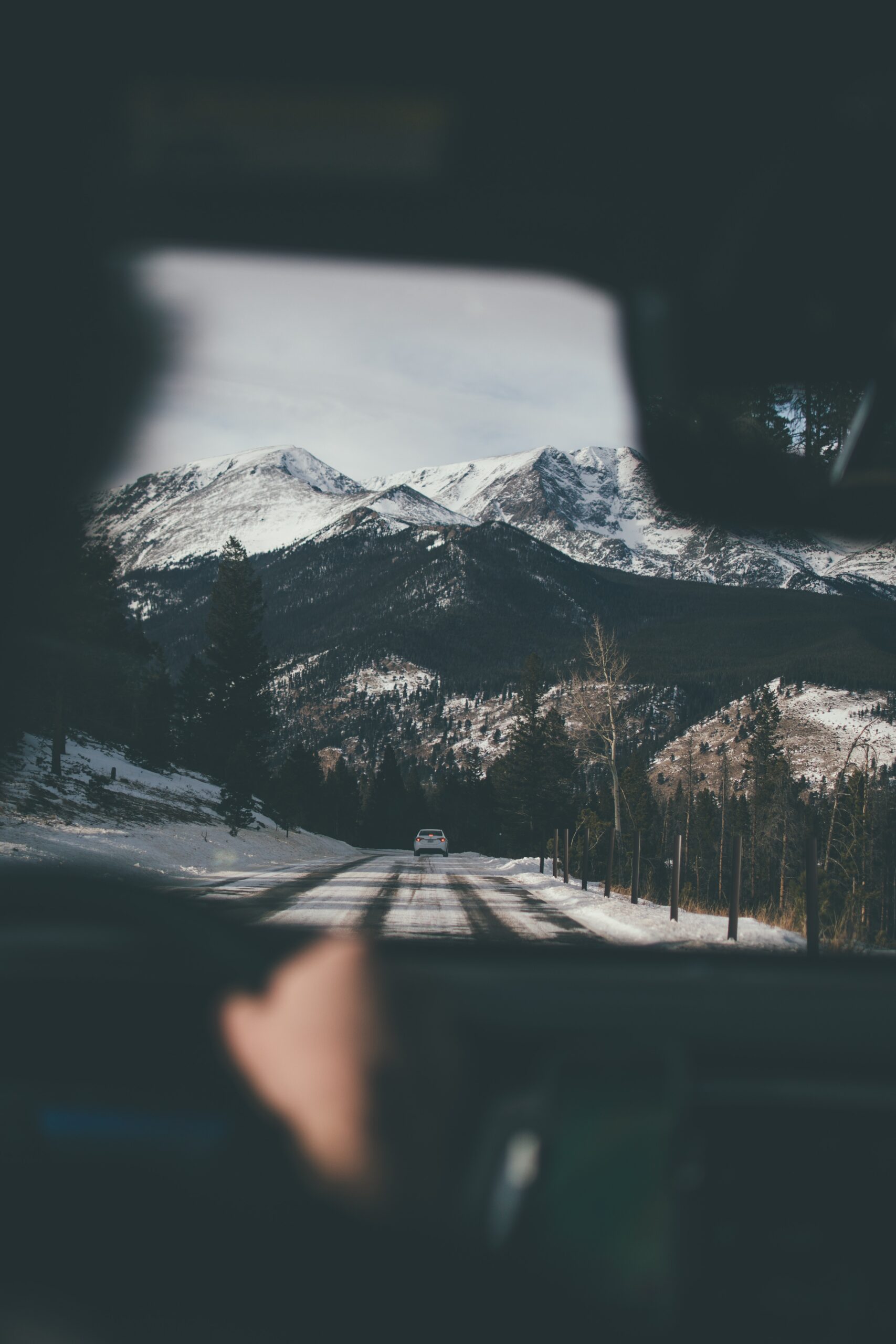 They Say You Are Everywhere